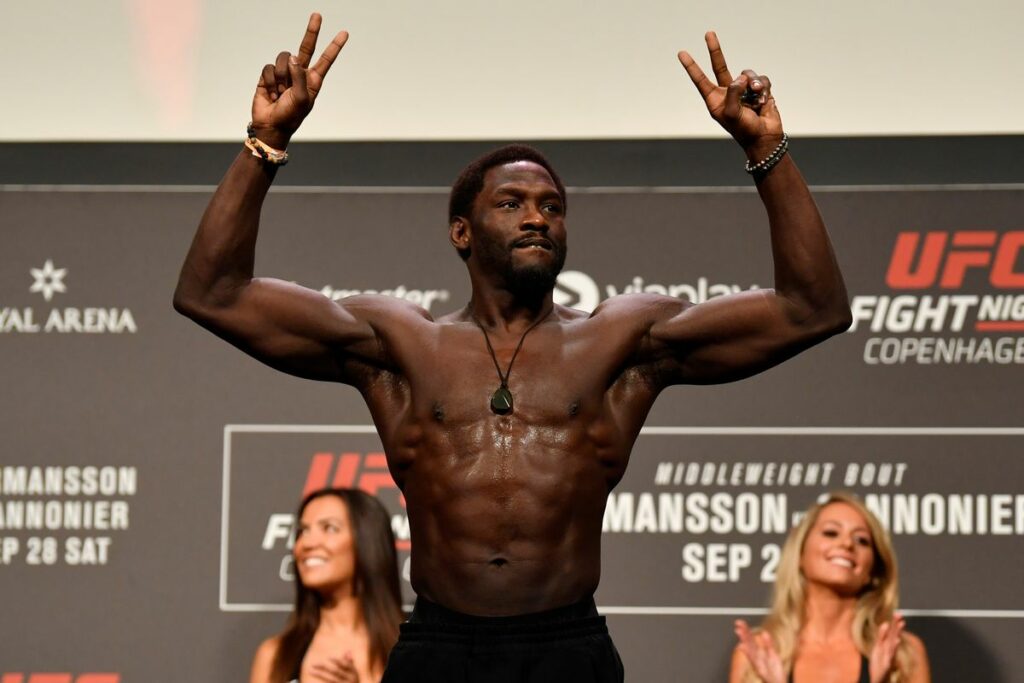 We like Jared Cannonier to take down Sean Strickland in the Main Event of UFC Fight Night.

Our results at last week's UFC Fight Night were just so-so. Jairzinho Rozenstruik easily took down Chris Daukaus via 1st round knockout for our lone win. That one went almost exactly as we predicted.

Unfortunately, Bryce Mitchell & Ilia Topuria did not go the distance as Topuria won via submission in the 2nd round. All in all, though, a 1-1 performance isn't too bad, and we're ready to roll with 3 best bets for Saturday, December 17.

While Saturday is jam-packed with action in both college football and the NFL, don't forget about UFC Fight Night! Get our best bets for Cannonier vs Strickland right here to finish off your Saturday in grand fashion! Best of luck with all of your fight-game action!

Cannonier is coming off a 5 round battle that ended in a decision loss to the then-champion, Israel Adesanya. In that loss, he gained some seriously valuable experience against one of the top fighters of this generation.

Sean Strickland is also coming off a loss to a top fighter that actually just defeated Adesanya for the title in Alex Pereira. However, Strickland did not gain much experience as Pereira put him to sleep in just under 3 minutes.

Cannonier has tremendous power, and with Strickland still not having a good guard in his standup, we believe Cannonier will expose that much as Pereira did.

Brundage is giving us a value that we feel is not possible to pass up. He is coming off back-to-back victories, while his opponent, Michal Oleksiejczuk, is just 1-1 in his last two. However, his victory came over a sputtering Sam Alvey, who had lost 3 straight fights prior.

We believe the wrestling background of Brundage is going to serve him well in this one, as Michal will look to keep this in a stand-up fight. We look for Brundage to grind out a decision victory with superior grappling. This price is just way too high, and we can't resist it over at DraftKings.

Matthews is 4-1 over his last 5 fights, with his only loss coming to a surging Sean Brady. His last win was an impressive 2nd round KO of Andre Fialho.

He gets Matthew Semelsberger, who will likely try to blitz him early as he is a fan of starting his fights off aggressively. Matthews has the better tank and will have the advantage as the fight goes on.

Kape has won back-to-back fights over solid opponents with 1st round KOs. His opponent, Dvorak, is coming off a loss to an opponent with little UFC experience. We believe both of these decent-sized favorites will get the job done this Saturday.