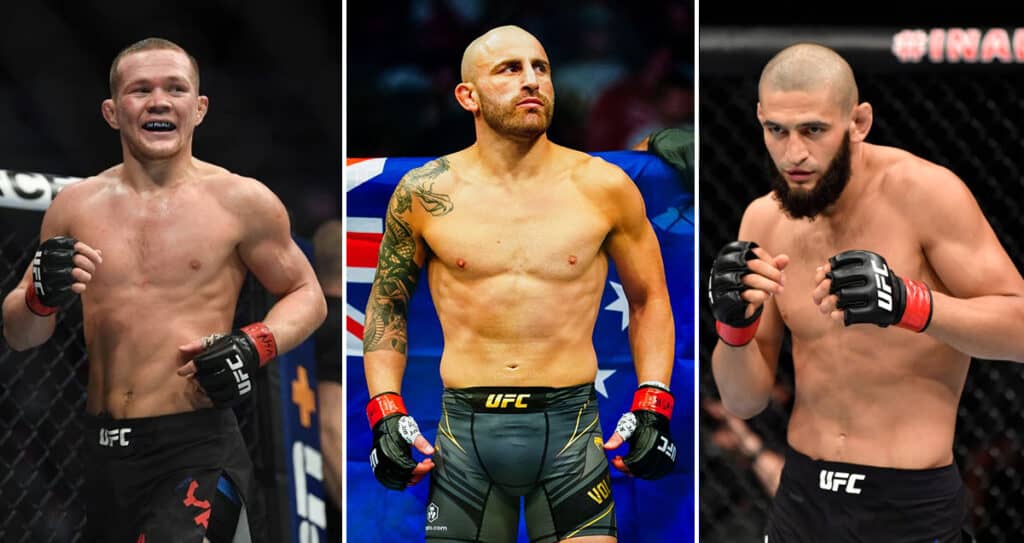 It is finally here, SMASH TIME with Khamzat! I, along with the majority of MMA fans, have been anxiously awaiting the return of Khamzat Chimaev to the UFC octagon. We will see him against his toughest opponent to date in Gilbert Burns. The best part, this isn’t even the last fight before the main event on Saturday.

The UFC 273 main card is absolutely loaded, with three big-time fights at the top. The action starts with the early prelims at 6:00 PM on UFC Fight Pass, the prelims are loaded with quality fights and streams free on ESPN+, the main card is a PPV event priced at $74.99, but if you are not yet an ESPN+ subscriber you can get the main event and a year of ESPN+ for $99.98.

Review our UFC streaming guide for tips on how to stream every UFC event including next week's fight night or, if you are only interested in this fight, check out our complete breakdown of UFC 273 streaming options.

Stream the Prelims Free with ESPN+

In the first title fight (Bantamweight), Aljamain Sterling will face Petr Yan in a rematch of their UFC 259 fight. Yan was disqualified for an illegal knee in the first fight, but enters the rematch as a heavy favorite at -475.

The second title fight (featherweight) features Alexander Volkanovski vs The Korean Zombie, Chan Sung Jung. Volkanovski is the heavy favorite here, currently sitting at -720 and enters this one having won 23 of 24 and 20-straight.

Here are the current odds for all five fights on the main card:

While the 3 fights at the top of the card are drawing the most attention and rightfully so, the under card and early prelims are stacked and have the potential to be the best card to date this year. Honestly, this is the type of card that makes me want to have action on every single fight. However, we don’t do that here, we just give out our best bets. That being said, let’s take a look at our best bets from the entire UFC 273 card.

Parlay of the Night : Chimaev by SUB or KO/TKO/DQ & Garry to Win

Khamzat has been an absolute animal in every fight that he has had. I respect Gilbert Burns but I think he is in way over his head here. Khamzat has yet to go to a decision and I expect that to continue here. Burns is at a disadvantage on the feet with a lesser reach and we have all seen just how dominate Khamzat can be on the ground. He finishes Burns, one way or the other.

Garry has exploded on the UFC scene at UFC 268 where he knocked out Jordan Williams at the end of the 1st round. Here we get him against a very green Darian Weeks who lost his UFC debut by decision to Bryan Barberna. Garry has superior power and I believe he will score the KO victory here but believe this is the safer play.

Madsen is a perfect 11-0 in his career and his wrestling is his greatest strength. That should serve him well against Pichel who is more of a striker. I expect Madsen to get this fight on the ground early and grind his way to a victory. It may not be a pretty fight here, but I believe there is value here on the short plus money.

Jairzinho is 12-3 in his early career with 11 of those victories coming via KO. Tybura has been KO’d 4 times in his career and I have to believe that Jairzinho will be head hunting Saturday night. He is coming off a tough loss to a very strong Curtis Blaydes and his other 2 losses in his recent stretch are to Gane and Ngannou. He broke up those losses with KO victories over Dos Santos and Sakai. I believe Jairzinho picks up another win in the KO column here.