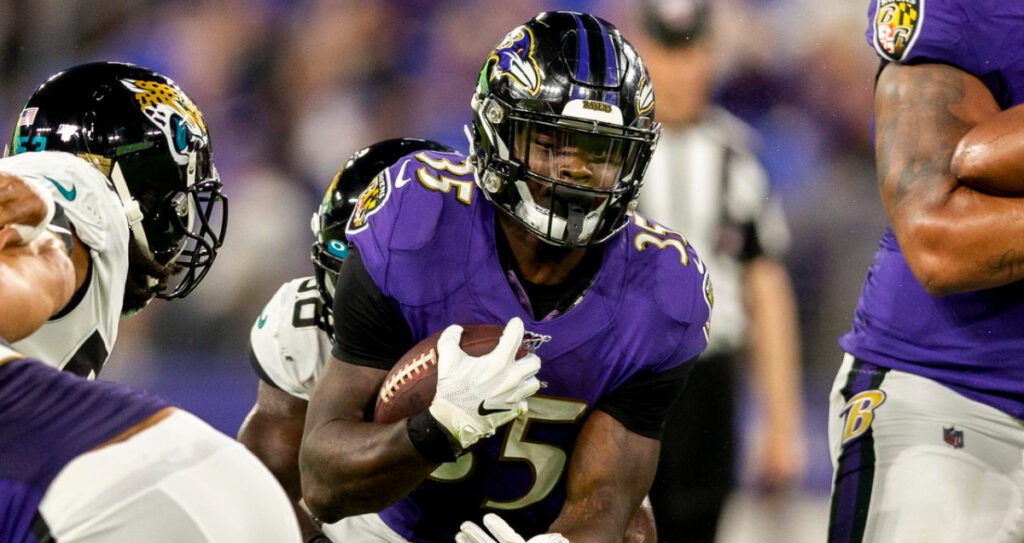 One of our Top 3 player prop bets for Thursday Night Football is on Gus Edwards to stay Under his rushing yardage prop.

We went just 2-2 on our props this past Thursday when Ingram and Ertz failed us on their plays. Murray stayed clean and didn’t throw a pick and Kamara was held under his rushing total after picking up a chunk early.

This week we have some of the biggest names in the game facing off and the props will give us some valuable opportunities to score on this Thursday Night Football matchup. Here are our top 3 player prop bets for Ravens at Bucs as well as some bonus 1st TD sprinkles.

This just does not seem to be the season that Brady had envisioned. He is obviously dealing with the distraction of his failing marriage and now the pressure to deliver with a team that can’t seem to get going on offense.

Brady has thrown more than 1 touchdown pass in just one game this season. That one was against the Chiefs where the Bucs were forced to throw the ball and score to keep themselves in the game.

The Bucs' secondary is a bit banged up with Carlton Davis and Sean Murphy-Bunting listed as questionable, but we think they'll both give it a go. Even if they can't we think that Jamel Dean or Antoine Winfield Jr. can pick off Jackson at least once.

Gus picked up 66 yards on 16 carries last week in the Ravens' win over the Browns. While this total is much lower than his total from last week, we believe he is going to struggle in his 2nd start of the year on short rest.

This Bucs' defense is 11th in the league against the run and while Lamar may be able to help push them over their average, we don’t think Gus will factor in as much. We'll load up on the Under for Edwards.