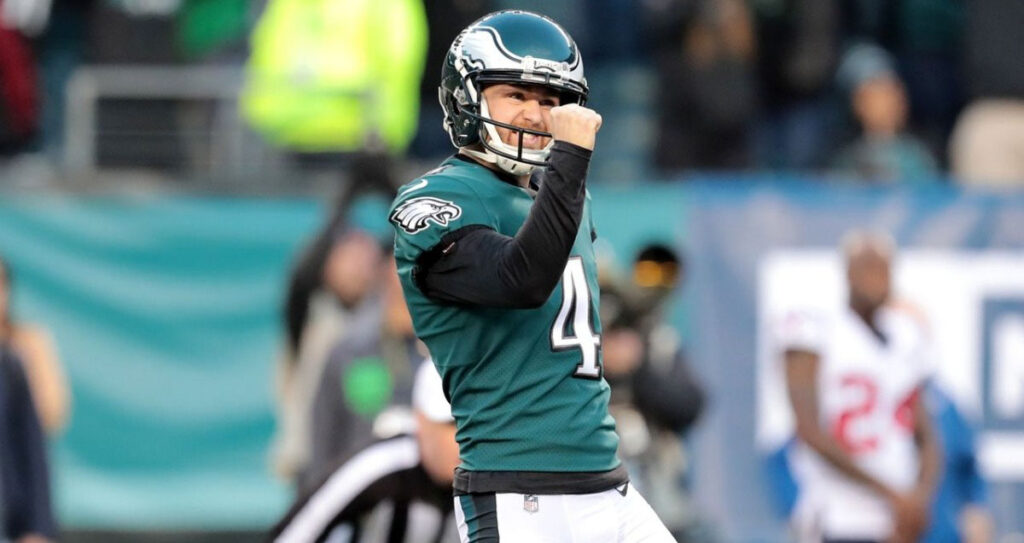 We like Jake Elliott to make at least 2 field goals on Thursday Night Football.

Are you ready for some Thursday Night Football? The experts don't think this game will be close, as the Eagles are currently listed as two-touchdown favorites at most online sportsbooks. Thankfully, there are plenty of player prop betting options to keep us entertained.

If you haven't signed up for an account with PrizePicks yet, what in the world are you waiting for? Thanks to their generous payouts, a $20 4-pick props parlay pays out $100 at PrizePicks. So on that note, here are 4 PrizePicks props to target for Eagles at Texans.

Let's get this party started with an Over! Eagles head coach Nick Sirianni loves to run the ball. Philly averages nearly 150 rushing yards per game (6th) on 35 carries per game (2nd).

The Eagles coaching staff knows that the best way to dominate this game is to run the ball against Houston's porous front 7. That should mean lots of opportunities for Sanders to tote the rock. The Texans rank 25th in EPA rush defense and 31st in yards per rush allowed.

We also love how the game script could play out for this bet. If the Eagles do have a big lead late (and oddsmakers certainly think they will), they'll give Sanders a few extra rushing attempts just to salt the game away. This is a great spot for the Over!

Jake Elliott OVER 1.5 Made Field Goals

What? We're playing a prop on a kicker? Absolutely! Elliott has made 6 of his 7 field goal attempts this season and we think he gets at least 2 tonight.

As bad as the Texans' defense has been, they're actually pretty good in the red zone. Houston only allows their opponents to score touchdowns on 47.83% of trips inside the 20-yard-line. That ranks 5th in the league!

This means that Hurts and the Eagles shouldn't have any trouble racking up yards, but finding the end zone could be harder than expected. We look for Houston to get a couple of red zone stops and for Elliott to nail a couple of short field goals.

This number is just way too low! As a 14-point underdog, Houston should be playing from behind for most of this game. That means the Texans will be throwing the ball quite a bit in this one, which should also mean lots of completions for Mills.

The Eagles have an outstanding secondary but they play a bend-but-don't-break style that doesn't mind giving up short passes. Our numbers have Mills finishing with 28 completions, just like he did against the Raiders back in Week 7. Take the Over!

You just knew we had to throw a scary Under in here at some point! Hurts should have an easy time against Houston's defense but you have to wonder how many times he's going to get to throw the ball.

Most online sportsbooks have Hurts' passing yardage total set at 233.5 so there's definitely some value in the 236.5 number at PrizePicks. Not only that, but Houston hasn't been too terrible against the pass this season. They rank 13th in EPA per pass allowed and 17th in passing yards allowed per game.

In 37 career NFL games, Hurts has only gone over this yardage total in 11 of them. We'll hold our breath and take the Under! Best of luck with all your Thursday Night Football action.