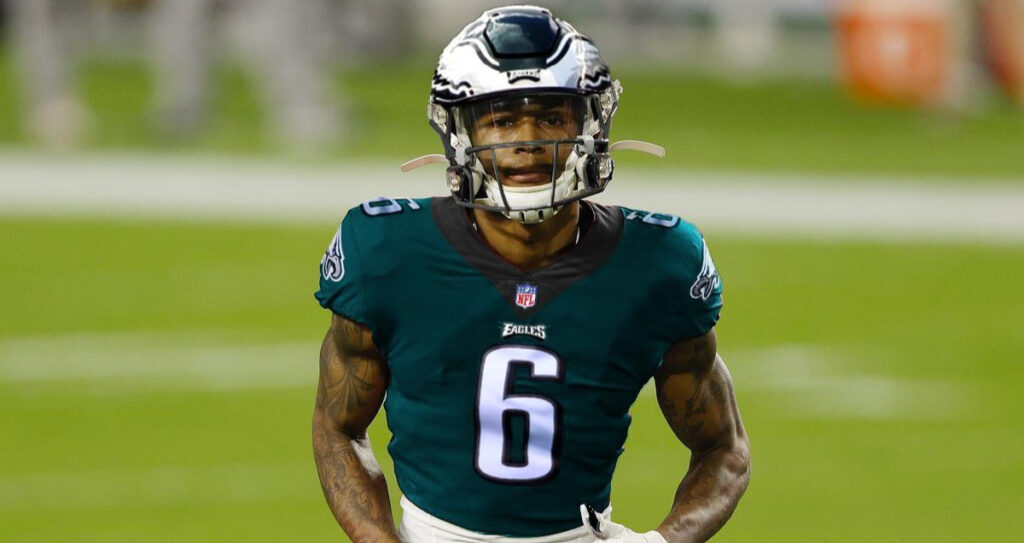 One of our 3 player prop bets for Thursday Night Football is on DeVonta Smith to score an anytime TD.

We have a number of options this week for our props. The Eagles have one of the best offenses in the league playing in a game against the Texans that could turn out to be a route. However, a lot of times games with larger spreads end up being closer than most experts think.

As we said in our Thursday Night Football best bets article, we think Houston has a shot of staying within this inflated number. If you aren't a fan of betting on large spreads, we've found 3 player prop bets that we think have value. Let's get that money!

Smitty has just 2 touchdown receptions on the season and has had a 2-game gap between those 2. We believe that he will shorten the gap by scoring one here in Houston against a weak secondary.

Most of the Texans' defensive backs will be focused on slowing down A.J. Brown. That means that the Slim Reaper shouldn't have to worry about being double-teamed in this game.

A Thursday night primetime game seems to be the perfect time for Smith to catch a TD pass from his old Alabama teammate Jalen Hurts.

This is the most juice we have laid on a prop all season. That being said, we think there's still plenty of value in this play.

We're getting Mills, who has thrown 6 picks in his last 5 games, against a defense in Philly that has the 2nd most interceptions in the league with 10 on the year. Three of Philly's defensive backs have multiple interceptions already this season.

We'll drink the large amount of juice and hope that C.J. Gardner-Johnson, Darius Slay, or James Bradberry can come up with at least one pick in this game.

While Hurts has fallen in love with getting receivers involved and throwing the ball downfield a bunch in games, he still has the legs to burn defenses for big chunks. We believe the Texans will try to take the deep ball away in this one which will allow Hurts to pick up a decent amount of yardage on the ground on multiple carries.

This number simply looks too low. The former Alabama and Oklahoma star has gone Over this rushing yardage total in 17 of his 26 NFL starts.

We'll roll the dice that Hurts gets his rushing yardage into the 50s on Thursday night.

While we don't recommend going too crazy with these, each of them is worth around .25 of a unit in our opinion.