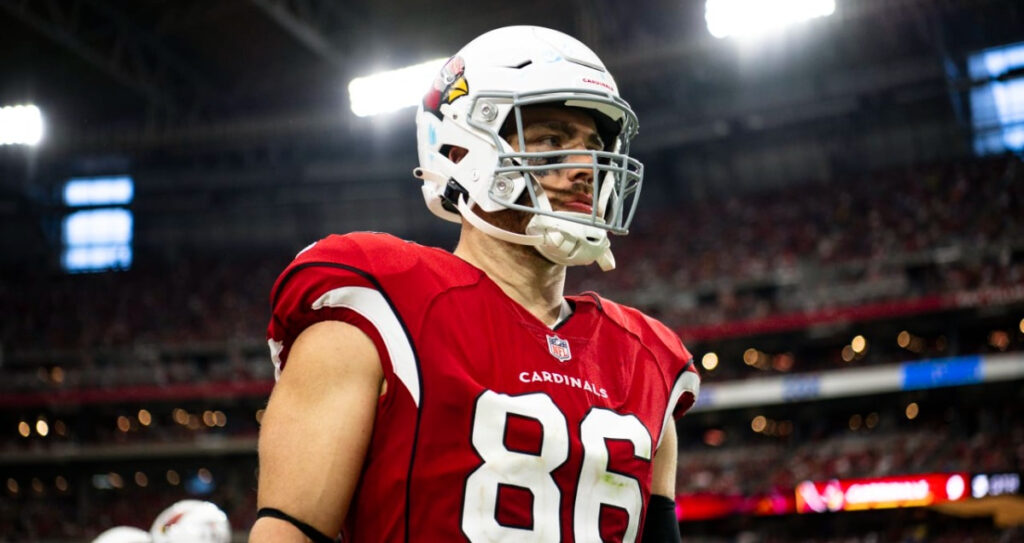 Our of our 4 player prop bets for Thursday Night Football is Zack Ertz to score an anytime TD.

We nailed our Brian Robinson Jr anytime touchdown prop last Thursday in a game that featured just 2 touchdowns total. His price dropped a good number just prior to kickoff which made us feel great about getting him at almost 2.5 to 1 earlier in the week.

Justin Fields tossed a pick that scored our 2nd prop win of the night but Wentz and McLaurin failed to go over their totals for us and had us finish 2-2 on the evening. However, that was still a profitable night of props which is always what we are looking to do.

Let's keep the winning going with 4 player props for Saints at Cardinals. Also, be sure to check out our best bets for Thursday Night Football.

Ertz has cashed a ticket to score twice already this season and that was without Hopkins in the lineup. With Hopkins back, and attracting more attention in the red zone, we expect this to open it up in the middle of the endzone for Ertz.

The former Stanford standout has been targeted at least ten times in four of the Cardinals' six games. We love that stat and look to hit another anytime touchdown prop here with a guy at over 2 to 1 odds.

We typically like to play the opposite side on this prop but feel like Murray will not be forcing as much with his favorite weapon back on the field. Combine that with the fact that this Saints team has just 1 interception on the season and we feel comfortable making this play.

Murray has thrown a pick in three straight games but we see him snapping that streak on Thursday night. We also think Kingsbury will try to establish the Cardinals running game a little more, which will limit Murray's chances of throwing another interception.

Arizona is allowing just 103.8 yards per game on the ground this season. That is 7th best in the league. Kamara has looked great the last few weeks but, in a game, where his QB is a bit banged up on a short week, we believe the defense is going to key on him on the ground and limit his opportunities to break anything big.

Kamara has looked good over the last couple of weeks against two subpar rush defenses. Arizona sucks against the pass but they're pretty ferocious against the run. The Cards rank 2nd in EPA per rush allowed so it's likely to be tough sledding for Kamara on Thursday night!

Ingram has been a very sneaky good option on this play all season. He has gone over the total needed here in 3 of the 4 games in which he had a reception. We believe he will get at least 1 catch here against the Cards and make this total an easy one to surpass yet again.

The former Heisman Trophy winner has a sore knee and is listed as questionable for this game. That being said, Ingram is a gamer and we think he'll not only play but perform quite well against Arizona.

We love playing the odds on the 1st touchdown of the game when it is a 1 game slate. Here are the 3 players that we believe provide the most value on the 1st touchdown prop for Thursday night. While we don't recommend going crazy with these plays, we do feel that each is worth about a fourth of whatever your normal unit size is.