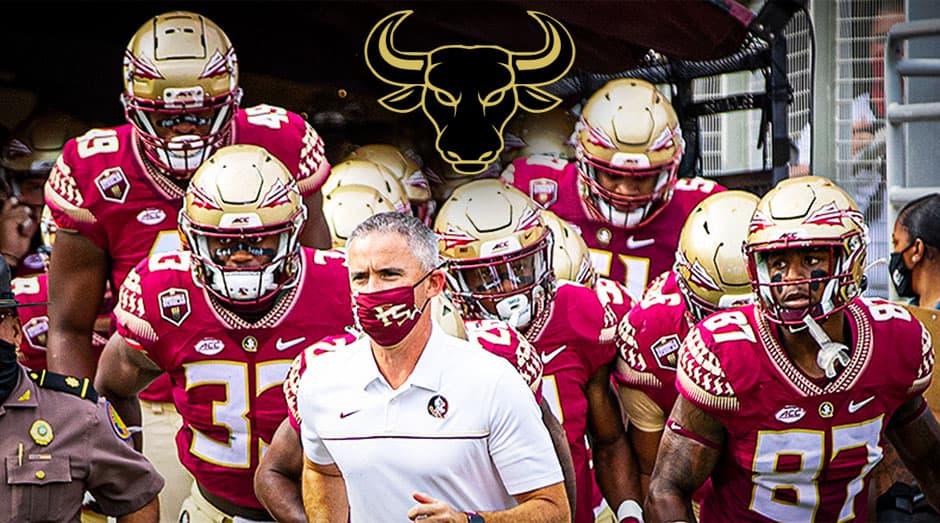 Three College Football Teams Worth Investing In on SimBull Today

SimBull is an ideal choice for hardcore sports fans who want to buy stock in their favorite teams. SimBull’s goal is to be the stock market for all sports fans. Let’s face it, it’s much more fun to buy shares of an up-and-coming team than it is to guess at which publicly traded company will have a good year.

In our last article, we gave you three NFL teams to think about investing in before the 2021 season kicks off. The college football season starts on August 28 with a handful of games. Here are three CFB teams that we think are good values on SimBull.

We love Kansas State to fly under the radar and surprise some folks in the Big 12 this season. While the Wildcats struggled down the stretch in 2020, you have to remember that they started 4-1 and pulled huge upsets over Oklahoma and TCU. Oklahoma was ranked #3 in the country when KSU shocked them.

Head coach Chris Kleiman is coming into his third year with the KSU program and he’s an excellent recruiter. QB Skylar Thompson is fully healthy after suffering a devastating knee injury that limited him to only three games in 2020. Thompson is a great athlete who can beat teams with his arm (30 career TD passes) or his legs (22 career TD runs).

Running back Deuce Vaughn may be only 5-5 and 168 pounds, but this kid is a legitimate playmaker who found the end zone nine times last year. Vaughn will be running behind an experienced offensive line that returns three fifth-year seniors. This KSU offense has the firepower and the balance to pull some more shocking Big 12 upsets in 2021.

We expect KSU to be live dogs against teams like Oklahoma, Texas, and Iowa State. An upset over just one of these big-name schools would cause a dramatic rise in KSU’s price on SimBull. At under $30 a share, we strongly recommend buying a few shares of the Kansas State Wildcats.

No one is talking about the Stanford Cardinal in the PAC-12 this year. Do you know what that means? It’s a great time to buy some shares of them at only $32.50 on SimBull.

The USC Trojans and Oregon Ducks seem to get all the hype on the west coast, so Stanford is used to getting disrespected. Head coach David Shaw has built a championship culture in Palo Alto and he’ll have this team competing for conference titles again in the not too distant future.

Stanford will definitely miss former QB Davis Mills, who was selected in the third round of the NFL Draft. However, sophomore Tanner McKee is huge (6-6, 228) and has a ton of arm strength. McKee looks to be in line to win the starting QB job after a great performance in the spring game.

Stanford has a brutal schedule in 2021 but doesn’t let that dissuade you from investing in them. Shaw will have his team ready to play and the Cardinal should at least make a bowl game this year.

In the next couple of years, Stanford should be back to giving Oregon and USC a run for their money. If the Cardinal can get some help on defense, their SimBull price should soar. We recommend buying some Stanford stock and holding it for 2-3 years for a big payday!

We know that this one looks UGLY! Just remember that ugly teams often make for great investments. We feel that will be the case with the Florida State Seminoles. The fact that they are coming off of three straight losing seasons makes it a great opportunity to buy FSU at a low price.

It wasn’t that long ago that FSU was competing for ACC and sometimes National championships. Then out of nowhere former coach Jimbo Fisher ran off to Texas A&M and the Willie Taggart hire was a major bust. However, Mike Norvell seems like the perfect fit in Tallahassee.

Norvell and the Noles stumbled to a 3-6 record in 2020 but there were some positive signs that things are turning around. Former UCF Heisman candidate McKenzie Milton will be the starting QB for FSU in 2021. Milton, who is trying to work his way back to football after a gruesome leg injury, could provide the spark and leadership that the Noles need.

FSU still has a boatload of talent at the skill positions. Ontaria Wilson has the speed to be a difference-maker at wideout and Camren McDonald is a solid tight end who can block and catch passes. DJ Williams transferred to FSU from Auburn and he should help bolster the running game.

The Noles defense should be improved in 2021. The pass rush will get a huge boost from Jermaine Johnson, who is transferring in from Georgia. Johnson is a 6-4, 255-pound defensive end who could end up being a first-round draft pick.

If Norvell can fix the issues along the offensive line, this team could get back to their 10 wins a year ways very soon. Outside of Clemson, the ACC is kind of mediocre so FSU’s stock has the potential to rise quickly. We’ll recommend the Florida State Seminoles are our best long-term investment!