Suns at Mavericks: Live Odds, Betting Guide, and Our Pick 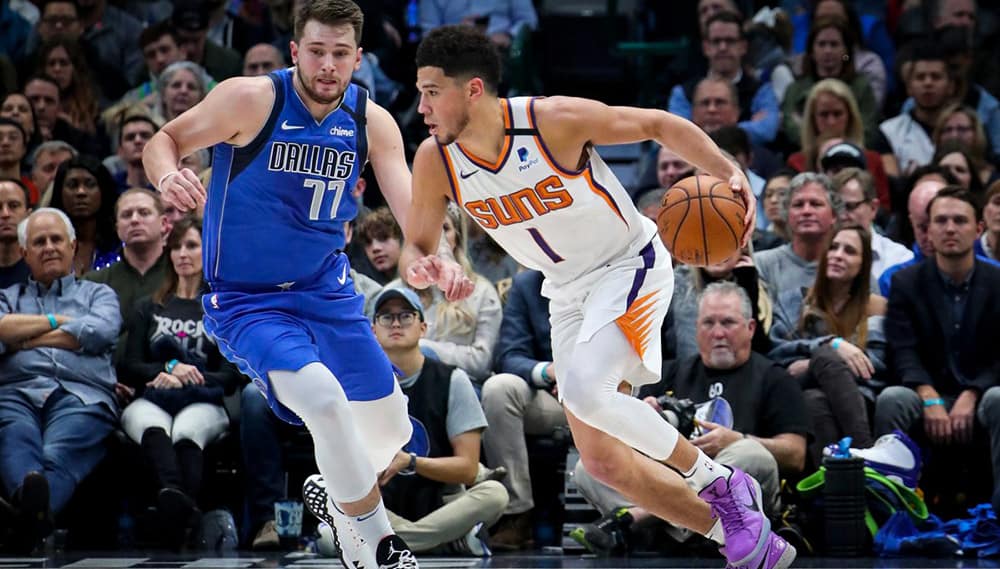 A potential Western Conference playoff matchup takes place Thursday night at the American Airlines Center when the Dallas Mavericks host the Phoenix Suns. The Suns lead the Western Conference with a 34-9 record. The Mavs are currently in 2nd place in the Southwest Division, 4 games behind the Memphis Grizzlies. This won’t be the 1st meeting between the two, they met for a back-to-back in mid-November with both games taking place in Phoenix. The Suns grabbed victories in both games 105-98 and 112-104. However, the Mavs were without Luka in both games.

The Suns will be without Deandre Ayton on Thursday, who is 2nd on the team in scoring with 16.8 points per game and leads in rebounding with 10.6 rebounds per game. They will have their superstar, Devin Booker, and his 24.6 points per game available. The Mavs will finally get to face the Suns with their perennial MVP candidate Luka on Thursday. A threat to drop a triple-double each night, Luka is averaging 24.6 points, 8.6 boards, and 8.8 assists per game. Dallas plans on having a different outcome on this matchup.

Tables Turned on the Suns

In their previous game, they defeated the Spurs on the road 121-107. The Suns shot 51.6% from the field and forced the Spurs into 12 turnovers compared to just 5 of their own. The story of the game was Devin Booker. He exploded for 48 points on 18 of 33 shooting. Book also grabbed 5 boards and 3 steals to go with his 6 dimes while committing 0 turnovers. As good as Book is, it is highly unlikely he will be able to repeat this performance against one of the top defensive teams in the league.

New Year and a Great Start for the Mavs

Dallas is off to one of the hottest starts of the new year. At 9-1, the Mavs look to be on a mission at the start of 2022. Defeating the top team in the league at home would be icing on the cake. The focus of the Mavs offense will be taking advantage of the void left by Ayton being out in the paint. Luka has posted a triple-double in 3 of his last 6 games and I would not be surprised to see him pick up another one here.

The Mavs picked up their 9th win of the month last night against the Raptors 102-98. Despite 16 turnovers, the Mavs used their strong shooting from the field (48.7%) and went nearly perfect from the foul line (19-20). They moved the ball well assisting on 23 of their 37 made field goals. Luka went for 41 points on 13-24 shooting, 14 boards, and 17 assists. Kristaps Porzingis and Tim Hardaway Jr were the other 2 Mavs in double-figures combining for 34 points in the win.

Betting Trends for Suns at Mavericks

Phoenix built their 34-9 record by beating up on bad teams early in the season, but have been terrible against good teams over the past two months. In fact, they are 0-6 ATS in their last six games against teams with a winning record. Here are the rest of the key betting trends for this matchup:

Phoenix is 0-6 ATS in their last 6 games vs. a team with a winning straight-up record.

Dallas has one of the best defenses in the league at home. Phoenix will be without their top big man and Devin Booker is coming off one of his best nights of the season. I do not believe he will be able to repeat his performance in this one and the presence of Luka, who was missing in their last meetings, will be the difference. The Mavs will continue their strong play in 2022 with a revenge game win here.

Dallas will focus on their defense as usual in this one. The absence of Ayton will hurt the Suns offensively and lead to the under. Dallas has gone under in 7 straight home games. For the Suns, they have gone under the total in 4 of their last 6. In the last 22 games the Suns have been in Dallas, they have played to the under in 15 of the games. The Mavs will keep this a close low scoring affair.