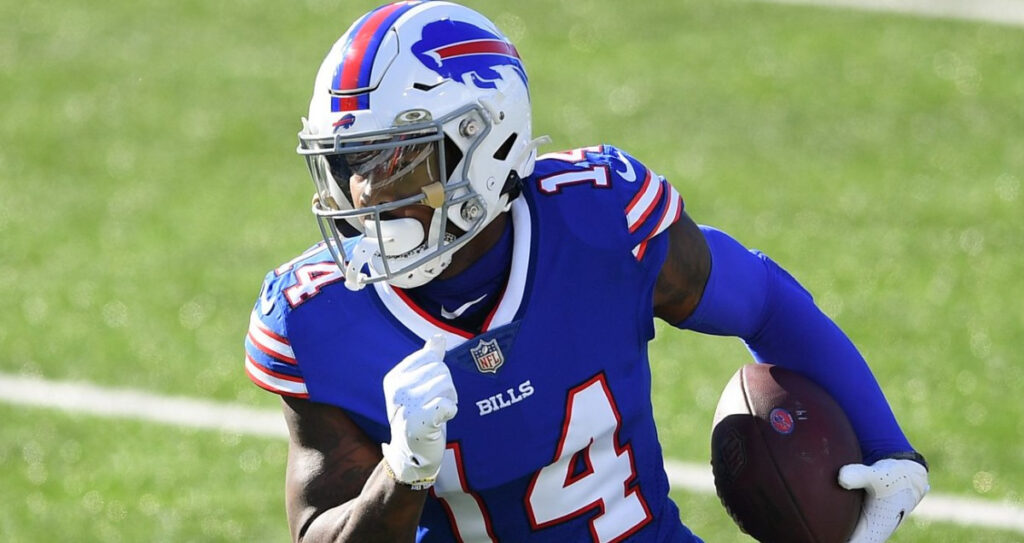 The Packers have a good secondary but they may still struggle to keep Stefon Diggs under wraps on Sunday Night Football.

Two historic franchises and two top-tier QBs will face off on Sunday Night Football as the Green Bay Packers head to Buffalo to take on the Bills. The question on everyone's mind is: Are the Packers really that bad?

The Bills on the other hand have picked up right where they left off last year. Josh Allen has the offense humming right along and the defense looks just as stingy as ever. Can the Bills cover this large number or will the Packers be able to hang close?

The Packers are near crisis mode. After losing their season opener to Minnesota, they looked to have things heading in the right direction, winning 3 straight games.

Green Bay followed those 3 wins with 3 consecutive losses. They got beat at home against the Giants and Jets and then on the road last week to Washington.

Leading 14-10 at the half, the Packers fell apart in the 2nd half to lose 23-21. The run game was non-existent as the Packers only accumulated 38 yards on the ground.

The Packers have struggled on both sides of the ball. They are 23rd in the league averaging just over 18 points per game and are 14th in the NFL allowing over 20 points per game.

The Buffalo Bills are 5-1 with their sole loss coming on the road to Miami in Week 3. Since that loss, they have picked up 3 wins against a couple of notable opponents. Both big wins came on the road against Baltimore (23-20) and Kansas City (24-20).

Sprinkle in a win over the Steelers 38-3 between them and we have their win streak. This Bills team is not without their flaws but they are few and far between. The 29.3 points per game they average is 2nd in the league while defensively, they are 1st in the league allowing only 13.5 points per game.

The interesting piece of this game will be how the Bills passing offense does against the Packers' #1 pass defense. The only way this stays close is if the Bills decide to force the passing game instead of utilizing the run against a weak Packers rush defense to set up the pass.

Either way, we expect the Bills' defense to dominate the Packers and put the offense on some short fields. We aren't typically huge fans of laying double digits in the NFL, but Buffalo simply has too much talent on both sides of the ball to fade in this spot.

For the same reason that we like the Bills, we also like this under. We expect the Bills to seriously limit the Packers' ability to score.

Also, the fact that the Packers have a strong pass defense, this Bills team may have some trouble getting separation on the scoreboard until later in this one allowing the number to stay low. Green Bay is 10th in the league in time of possession and the longer they can stay on the field with their offense is better for this under.