Strickland vs Imavov: Our 3 Best Bets for UFC Fight Night on January 14 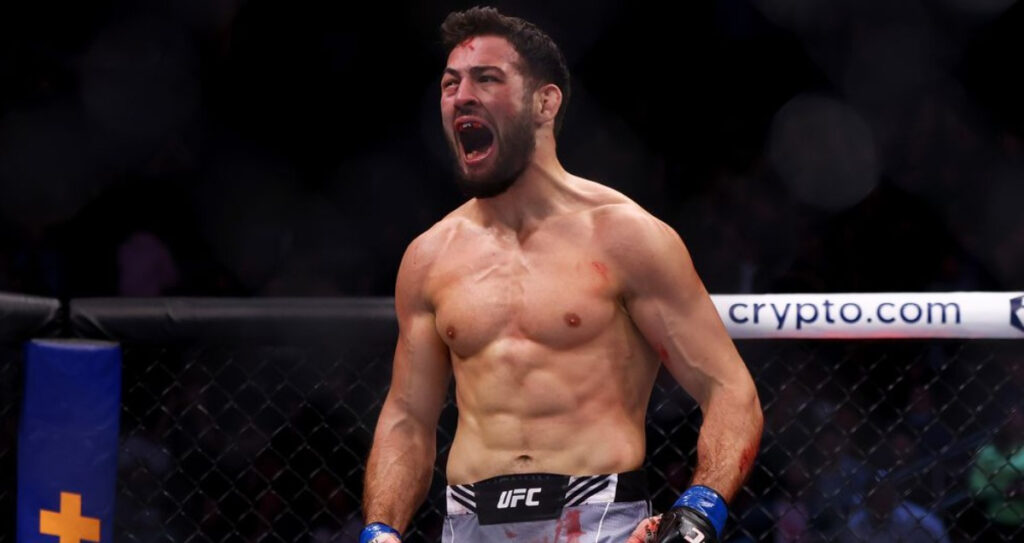 We like Nassourdine Imavov to defeat Sean Strickland on UFC Fight Night.

Everyone is fired up for NFL Wildcard Weekend, but don't forget about UFC Fight Night on Saturday as well. As we like to lovingly point out here at EatWatchBet, the money won in the octagon is just as green as on the gridiron.

The best time to make money on the fight game is during football season since the bookmakers aren't paying much attention to UFC. So, with that in mind, here are 3 best bets for Strickland vs Imavov. We feel really good about these plays and expect a 2-1 or better performance. Good luck!

Sean Strickland is stepping in here on just a few days’ notice to replace Kevin Gastelum in this matchup. He is coming off back-to-back losses to 2 of the top strikers in the division in Pereira and Cannonier.

Imavov is no slouch on the feet, and until Strickland learns to guard the proper way in the standup, we will fade him against every strong striker/boxer he faces. Imavov has won 3 straight fights, with the latest coming against Buckley, who has power comparable to Strickland.

Dan Ige has been on a bit of a tough road lately. He has lost 4 of his last 5, including 3 straight. That said, he has lost to some of the tops of the weight class. Evloev, Emmett, Jung, and Kattar all handed Ige a loss via decision.

Damon Jackson is coming off an incredibly impressive win over then-undefeated Pat Sabatini back in September. He finished him via KO/TKO in just over 1 minute. Prior to that win, he had 2 of his last 3 come via decision.

We lean toward Jackson to get the win here, but Ige has some incredible cardio which could make things tricky in the 3rd round. We believe the value here is on it doing the distance, and if that happens, we do not have to worry about any judges' decisions.

Ribeiro holds a 10-2 professional record and is making his UFC debut. He took out Ivan Valenzuela in just 25 seconds on DWCS back in August. He comes from a boxing background and is getting a solid matchup here with Abdul Razak Alhassan, who is a striker.

Ribeiro will have a 4-inch reach advantage which will allow him to hold a good advantage on the feet, which is where we believe this fight will stay. Alhassan has lost 4 of his last 5 fights and could be looking at his final contract with the UFC, which he signed in 2021.