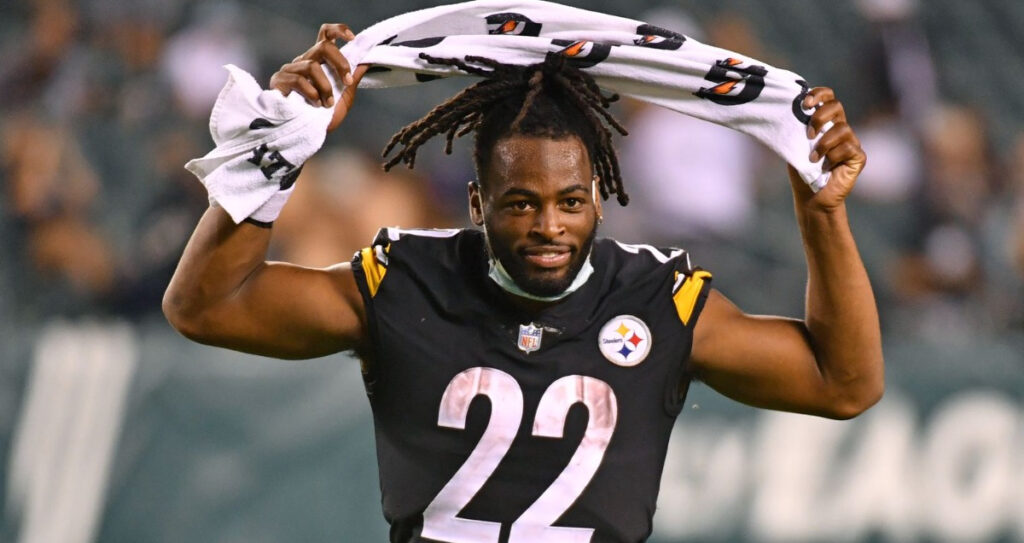 We love Najee Harris but don't see him doing much against Baltimore on Sunday Night Football.

The Sunday Night Football flex has been deployed once again for Week 17’s edition, which will now feature the Pittsburgh Steelers traveling to face the Baltimore Ravens in a significant game for both teams late in the season.

Pittsburgh is in the basement of a four-way tie for the 8th seed in the AFC and needs a couple of wins and some help to secure a playoff berth. Baltimore has clinched their spot in the postseason but still trails Cincinnati for the division lead and will face the Bengals in Week 18.

The Ravens are 2.5-point home favorites with a military academy-Esque total of 35 on what will be a mild January evening in Baltimore. Pittsburgh has won four of the last five head-to-head games between these teams but lost as narrow favorites during the first of two matchups this season in mid-December.

Our SNF prop best bets went 2-1 last week during the Buccaneers’ overtime win against Arizona, and we aim to repeat that feat for Week 17 in a clash of bitter AFC North rivals in primetime.

It’s difficult to know which Baltimore tailback will get more or less of the carries on a given week, so we’ll dig further into Harris’ outlook for the game with this play. In three previous matchups with the Ravens, he has not averaged more than 3.4 yards per carry once and has a net average of 3.0 yards per rush on 44 carries.

He scored his first rushing TD against Baltimore earlier this season but managed just 33 yards on 12 attempts overall in a Steelers’ loss. The Ravens’ injury report indicates they may be without defensive ends Calais Campbell and Jason Pierre-Paul for this matchup which is some cause for concern.

We will rely on the rest of the Ravens’ third-ranked run defense to force Pittsburgh’s rookie quarterback to win the game rather than let Harris dart through gaps in the defensive front.

The second-year tight end from Penn State has 12 catches in three games against Baltimore in his career as a Steeler. His best performance came in Week 18 last year, where he hauled in six of nine targets for 53 yards in a Pittsburgh victory.

Freiermuth has seen 5+ targets in seven of his last eight games this season and is 6th in the league at the tight end position in targets, receptions, and receiving yards in 2022.

We expect another 5-7 targets for him Sunday night against a Ravens’ defense allowing the 9th most passing yards per game in the NFL.

Justin Tucker OVER 1.5 Field Goals Made

Seeing Tucker miss three of his last seven field goal attempts has been surprising, to say the least. All of those missed attempts were from 48 yards or longer, and two of them were blocked.

His 84.2% field goal percentage this season would mark his lowest rate since 2015, and ranks 20th in the league this season. That is what we're up against this week, and here's why it doesn't matter.

Tucker will connect on at least two, maybe three, field goals on Sunday night in this low-scoring scrap between two teams that can’t stand one another.

This bet kind of goes hand in hand with our Under on Najee Harris's rushing yards. Baltimore's rush defense is super stout, but their pass defense isn't exactly elite. The Ravens give up 6.9 yards per pass, which only ranks 20th in the league.

Pickett has shown a lot of heart and character during his rookie season. He's getting more comfortable with the speed of the NFL game and has gone over this passing yardage number in 7 of 11 games. In one of those games, though, he only threw 1 pass because of injury (vs. these Ravens in Week 14).

Our projection has Pickett finishing with 212 passing yards, so we think the Over is definitely worth playing. Best of luck with all your Sunday Night Football action!