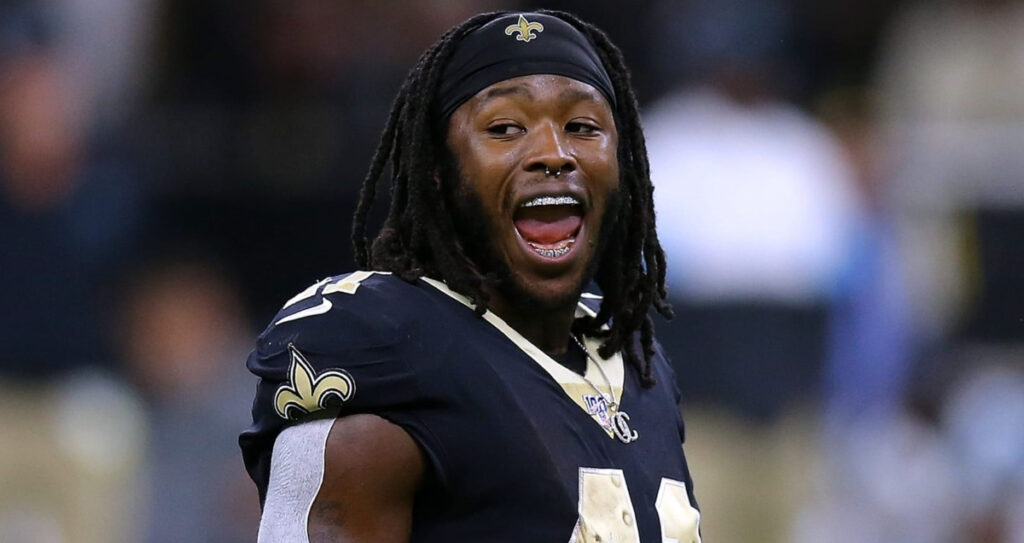 We think Alvin Kamara and the Saints tough rushing attack will be too much for the Cardinals on Thursday Night Football.

It was another ugly Thursday Night Football game last week and shame on us for believing we would actually see some points. Fortunately, we were on the proper side of the spread as the Commanders stole a 12-7 win over the hosting Chicago Bears.

Carson Wentz did not even break the 100-yard mark through the air and as a team, they were just 2 of 11 on 3rd down. The difference in the game was the turnover battle which was won by the Commanders 2-0.

This Thursday, we get 2 franchises that have been known to put up points in the past and this season are averaging a combined 42.5 per game. DeAndre Hopkins will be making his season debut after serving his 6-game suspension for his PEDs violation in the offseason. Not many players can make an immediate impact on a team but Hopkins very well could do just that.

New Orleans is coming into this matchup after losing a 9-point lead in the 2nd half last week to the Cincinnati Bengals. The Saints were gashing the Bengals on the ground and finished with 228 rushing yards.

Andy Dalton was “ok” in managing the game but the defense let up a 60-yarder from Burrow to Chase in the final minutes of the game that ultimately led to the loss. The Saints now sit at 2-4 on the year and are allowing 26.3 points per game, which puts them near the very bottom of the league.

The Cardinals are also 2-4 on the year after taking a 19-9 loss on the road against Seattle. Kyler Murray tried all he could to get the win as he completed 63% of his passes and racked up 100 yards on the ground to lead the team. However, the field goals they were forced to settle for were not enough in this game.

Arizona's inefficiency on 3rd down (4 of 16) highlighted their season-long problems. They are only converting 34% on 3rd down which is 28th in the NFL. They do get DeAndre Hopkins back after serving his 6-game suspension but how much he will impact this team in game 1 of his return is anyone’s guess.

We are backing the road dogs here and for good reason. This Cardinals team has been atrocious at home over their last 8 home games and as we highlighted above, their drives continually stall on failed 3rd down conversions.

With the honey badger aka Tyrann Mathieu roaming the secondary and shading Hopkins, we believe the Saints are going to be in a very good spot to win this game on the road.

We kept going over the total on Thursday nights but we can't back it again here. Arizona is one of the worst teams in the league in the red zone and New Orleans is in the top half in red zone defense.

The majority of trends are pointing towards the under here as shown below but the biggest factor may be in the rushing attack of the Saints. If they are able to be successful running the ball and control the time of possession, this total will certainly come in under the number.