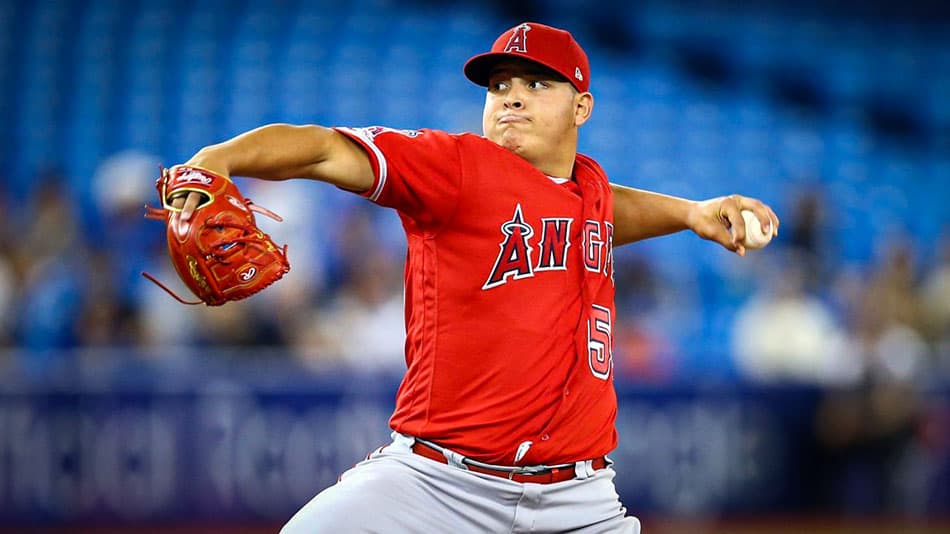 Colorado’s Austin Gomber is back from a forearm injury and he is making his second start in July since coming off the IL about a week ago. The streaking lefty did look good in his first game back against Seattle, delivering a quality start. Can he do it again in LA facing a streaking Angels team? Let’s find out!

Before jumping into our pick, use our live odds checker below to find the best line available on each side of Tuesday's featured MLB game:

It is always difficult to back a team on the road, but this is especially true if we are talking about the Rockies. Colorado ranks dead last in the league in team wOBA (.261) and wRC+ (61) away from home, as this top-heavy lineup fails to get real production from anyone besides Trevor Story, Charlie Blackmon, and C.J. Cron.

Thankfully, starting pitching has been solid for the Rockies with Marquez, Gray, and Gomber all having solid seasons. Gomber is currently sitting with a 3.74 ERA, 4.01 SIERA, and a 1.04 WHIP through 84 innings. He is often relying too much on his fastball, but the Rockies SP has a .288 wOBA or better against both sides with just a 19%-line drive rate allowed. Gomber also rocks a solid .296 wOBA away from home.

He is certainly drawing a tough assignment here as the LA Angels – currently riding a 3-game win streak – are in the top 10 of the majors both in wOBA and wRC+. Even without their two best players in Mike Trout and Anthony Rendon, LA has continued to rake with Ohtani, Fletcher, and Walsh stepping up. Walsh was lifted from Monday’s game due to a side injury and he is questionable for Tuesday’s contest, his missing the game could make life a bit easier for Gomber.

LA is very solid against lefties with a 115 wRC+, a .192 ISO, and only a 21.30% K-rate in the split. We don’t expect Gomber’s ground ball-heavy approach to work here and the Angels are successful at elevating the ball as they are rolling with the 7th lowest ground ball rate in the league.

Back Jose at Home

LA is going with José Suarez on the mound. Suarez has one of the best curveballs in the league, but sadly, not much else. All his other pitches are mediocre at best, but facing a struggling Colorado team at home could be what the doctor ordered. Suarez has a 2.85 ERA, 4.17 SIERA in 41 innings this year as most of his advanced metrics suggest regression to come. He has survived with a .231 BABIP this year, which seems unsustainable and a 9.60% walk rate is not something you want to see in a pitcher’s profile.

The Rockies are slightly better against left-handers like Suarez with an 89 wRC+ and just a 21.10% strikeout rate as a team. Similar to Gomber, Suarez also has an approach that is reliant on getting ground ball outs and the Rockies hit the second most grounders in the entire league through the 2021 season.

We are taking the LA Angels on the money line in Tuesday’s contest. Suarez’s solid curveball and high ground ball rate should be enough to keep this Rockies team at bay. Colorado is struggling mightily on the road this season and their bullpen ranks second-worst in the league in FIP through the last 30 days. Gomber might have a solid start, but runs will be hard to come by for the Colorado offense and even if they are up early, this bullpen is always capable of giving any game away.