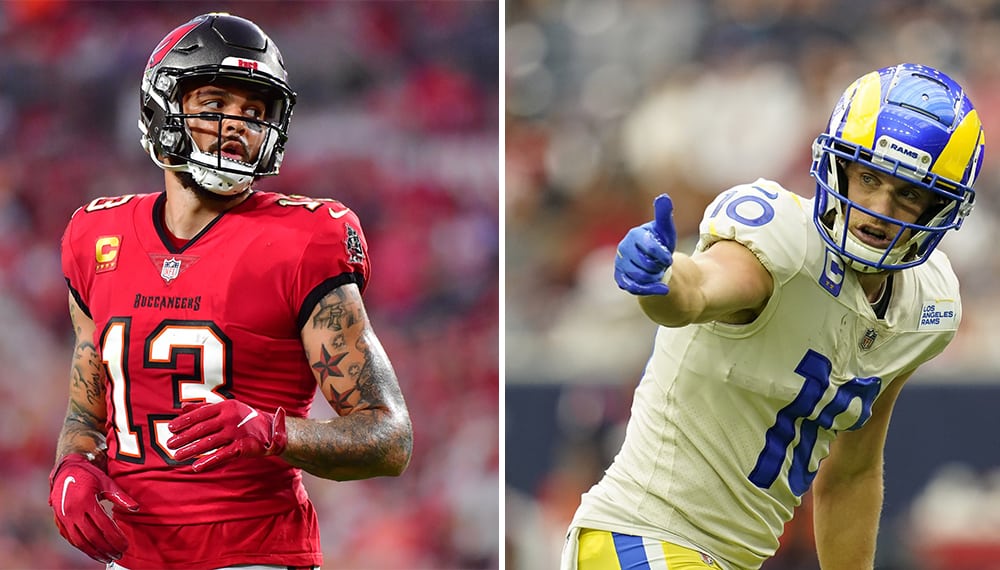 Tom Brady and the Buccaneers host Matthew Stafford and the LA Rams on Saturday afternoon in Tampa Bay. The line in this one has bounced between -2.5 and -3 all week, but I do believe it will end up closing at -3 come game time. This article will take a look at the matchup and pick which team will go forward into the conference championship.

Is the Rams Defense a Brady Killer?

When talking about arguably the greatest quarterback of all time, it’s difficult to say that any team really has the ability to “stop him.” These teams matched up in Week 3 with the Rams beating the Bucs 34-24.

It was a bit of a “let-down” spot for the Bucs, after two straight home victories to start the year. The Bucs played the Rams on the road coming off a huge 48-25 beatdown of the Atlanta Falcons. That being said, the Rams might’ve shown the blueprint to stop the Bucs.

Brady killed them through the air throwing with 41 completed passes and 432 yards through the air. But, the Rams disrupted the pocket all game, sacking Brady 3 times and holding the Bucs to only 35 yards on the ground. Ironically, Tom Brady was the team's leading rusher with just 14 yards.

The Rams put scoreboard pressure on the Bucs, which forced them to throw all game, resulting in Brady’s lopsided passing yards. The Rams defense forced two fumbles and committed just one penalty all game. The Bucs will be without playmakers Antonio Brown and Chris Godwin in this matchup. All-Pro CB Jalen Ramsey will likely lock down Mike Evans, forcing Brady to rely on Rob Gronkowski and unproven players like Tyler Johnson and Cyril Grayson.

I’m also concerned for the Buccaneers' offensive line. Center Ryan Jensen and LT Tristan Wirfs both went down in the Bucs Wildcard round victory over the Eagles. Both these players did practice on Friday and at least Ryan Jensen is expected to play. Playing against Aaron Donald is not a welcoming proposition in the first place, but playing him less than 100% is a major concern for Ryan Jenson.

A’Shawn Robinson has played well out of the Rams base 3-4 scheme, but linebackers Von Miller and Leonard Floyd are the real x-factors when the Rams decide to bring pressure. Brady is known for getting the ball out quickly, so it will be a challenge for the Rams to affect the passing game upfront.

That being said, Brady is in no way a mobile quarterback and will not have time to let plays develop. If his offensive line is banged up and underperforming, the Rams can generate pressure the same way that the Bucs' own defense does with Lavonte David and Devin White.

I don’t love to bet anecdotally, but a very similar Rams defense gave Tom Brady a similar struggle in the 2019 Super Bowl, where the Patriots only put up 13 points. The Bucs rushing attack will not be as good as the Pats that season with a banged-up offensive line.

Leonard Fournette (hamstring) is expected to play, but there are many question marks surrounding his health. RB2 Ronald Jones is not expected to play. Also missing from this Bucs team, is a slot safety valve like Brady has in eventual Superbowl MVP Julian Edelman. I expect a ton of targets towards Rob Gronkowski and Cameron Brate, but that doesn’t bode well for big plays down the field.

What Will be Different About the Rams Offense?

Well firstly, the upgrade of Matthew Stafford over Jared Goff is staggering. Stafford is still prone to some mistakes when he tries to force the ball sidearm into coverage (see Carson Wentz film) but he is overall a much better QB for this offense. Cooper Kupp has emerged into a bonafide star and Odell Beckham Jr. is enjoying a much-needed career renaissance.

Similar to Brady, Stafford is not known for his mobility and prefers the friendly confines of the pocket. The Bucs put a ton of pressure on the Quarterback, with the highest blitz percentage in the league at just about 41% of dropbacks. The Bucs defense was 2nd in Pressure% and 6th in Hurry%.

The only issue is that the Rams have killed the blitz all season with Matt Stafford having one of the highest QBRs against the blitz. Getting the ball out quickly to playmakers like Cooper Kupp has killed opposing defenses all season and the game plan is similar to facing the Bucs. The Bucs elite passing defense begins from their pass rush. They’re weaker in the secondary and have faced injuries all season.

I think the Rams will be able to take advantage over the middle in this game and force the Bucs to play their linebackers back in coverage, which will open up the running game for Cam Akers and Sony Michel.

The Bucs and Rams stack up similarly in terms of DVOA, at 3rd and 5th, respectively. Again, health is a problem for the Bucs. This offensive line and wide receiver group do not represent the offense that finished with the #1 offensive DVOA. Last season’s Superbowl-winning Buccaneers got healthy enough, especially on defense, for last year’s playoff run. Unfortunately, this season the Bucs do not have such luck.

The Rams' biggest kryptonite has been Head Coach Sean McVay’s inability to adjust. This was especially prevalent in that Superbowl against the Patriots where McVay could not adjust his game plan and put his players in a position to win the game. With additions like Von Miller, Odell Beckham Jr, and Matthew Stafford, I’m hopeful that the Rams have the personnel to execute a better game plan from the beginning and take advantage of the matchup problems on this Bucs team.

“Never bet against Brady” rings through my mind, but I’m still picking the Rams to cover and win in this one. I think the Rams line will close three out of pure respect for Brady. There are plenty of +2.5 (+100) on the market which I would endorse as well. For those interested in the player props available for this game, I’d take a long look at Tyler Higbee anytime TD scorer (+230 at FD) as well.