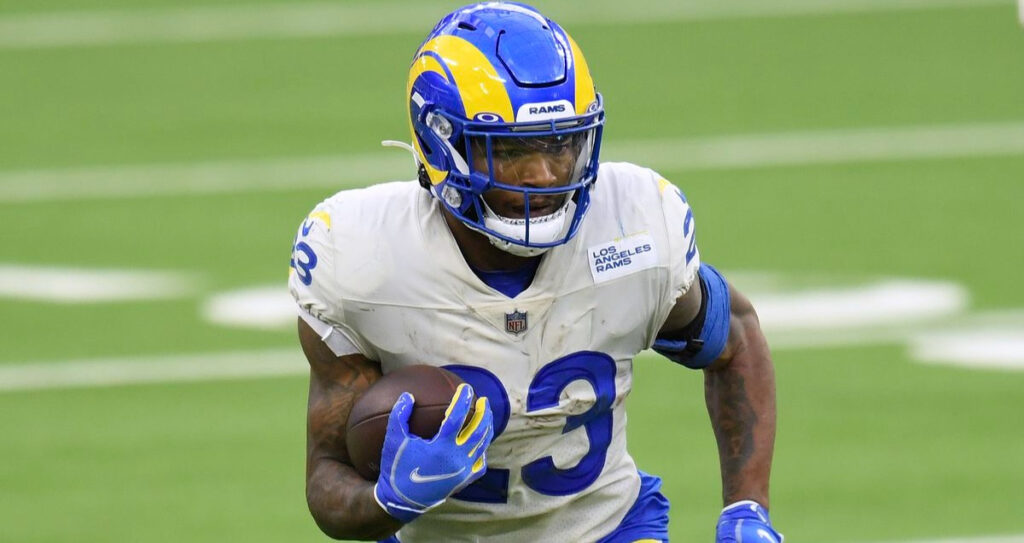 It was a rough Sunday for us to say the least, as our player props took it on the chin with an 0-4 performance. Going o-fer is never fun but it's part of the process. Justin Fields finally found out how to complete a few long passes and the Colts forgot how to play run defense against Derrick Henry and the Titans.

In both of those cases, our Under tickets went down in flames. Thankfully, tonight we get a chance to right the ship and build on our 17-8 record. Here are 3 player prop bets for Monday Night Football.

Let's start out with an Over to get things rolling! This number on Jennings just looks way too low. The former Tennessee Vol averaged 17.6 receiving yards per game last season and is averaging even more than that this season (23.7).

Jennings put up a respectable stat line in Week 1 against the Bears, as he hauled in four receptions for 62 yards. His targets have dropped over the last couple of weeks but we see that trend reversing itself tonight against the Rams.

Los Angeles has a stout rush defense, but they've had problems defending the pass. The Rams only rank 26th in EPA against the pass so far this year. The only true playmaker in the Rams' secondary is Jalen Ramsey and he'll be busy trying to slow down Deebo Samuel.

With most of the attention on Samuel and George Kittle, we think Jennings should be able to easily exceed this low yardage total. Take the Over!

One of our favorite props all year so far has been betting on this nasty San Francisco run defense. We'll do it again here by taking Akers to stay Under this number. The 49ers lead the league in yards per rush allowed (2.8) and they rank 2nd in EPA against the run.

It's good to see that Akers is back healthy but he won't find many holes against San Fran's defensive line. Tackles Arik Armstead and Javon Kinlaw are masters at plugging the middle and the 49ers linebackers are too fast to give up much room on the outside.

Akers shares carries with Darrell Henderson, which is another good reason to play this number Under the total. Throw in the fact that Sean McVay doesn't like to run the ball too often (29th in rushes per game) and you have the recipe for an Under!

Higbee has been one of Matthew Stafford's favorite targets so far this season, as he's brought in 16 receptions through three games. However, Higbee has never been known as a premier deep threat so we are rolling with the Under.

San Fran's defense is also very stingy to opposing tight ends. The Niners have allowed the fewest fantasy points to tight ends in all of football. They also rank 5th in yards per pass allowed (5.5) and third in EPA against the pass.

This is a tough matchup for Higbee, so take the Under! Best of luck with all of your Monday Night Football action! Let's get back on the winning track!