Raiders at Chiefs - Our Best Bet for Monday Night 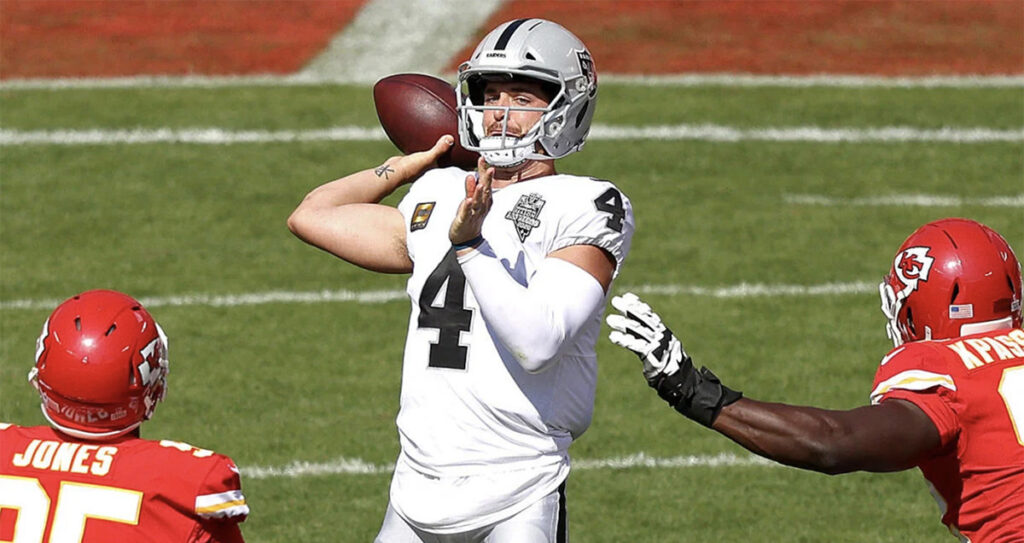 Derek Carr and the (1-3) Chiefs could struggle to find their footing in Kansas City on Monday.

Vegas finally got their 1st win of the season last week over the Broncos at home. It wasn’t the prettiest of wins but it got them off the snide nonetheless. Josh Jacobs was a man possessed on the ground and really led the Raiders offensively. Maxx Crosby was hitting Russell Wilson at every opportunity and completely disrupted the offense at times.

The Raiders continue to do a nice job against the run where they rank 10th in the league in rushing yards allowed. The Carr to Adams connection still has not lived up to the hype but there is plenty of football left to be played.

The Chiefs are coming off an enormous road win over the Bucs this past Monday night. Mahomes and Kelce were connected on almost every pass while the defense was in Brady’s face numerous times in the contest. The 32.3 points per game they are averaging is 2nd in the league.

The large number of points they are scoring is forcing teams to throw the ball more than they would prefer. Teams are rushing the ball just under 30% of the time against the Chiefs which is the lowest in the league.

We believe the Chiefs will continue to roll this week. The Raiders' defense is allowing 25 points per game and they have yet to play a team anywhere near the caliber of this KC offense. The only way this stays close is if the Raiders are able to consistently run the ball and win the time of possession. We believe KC will jump on them early and force Carr into more passing situations and ultimately win by double-digits rather comfortably.

Be sure to review our player prop picks for this game for even more ways to attack what should be a fairly predictable game script on Monday night. In a game with a total over 51 points, it's going to be tough to find props that you can trust to finish under.