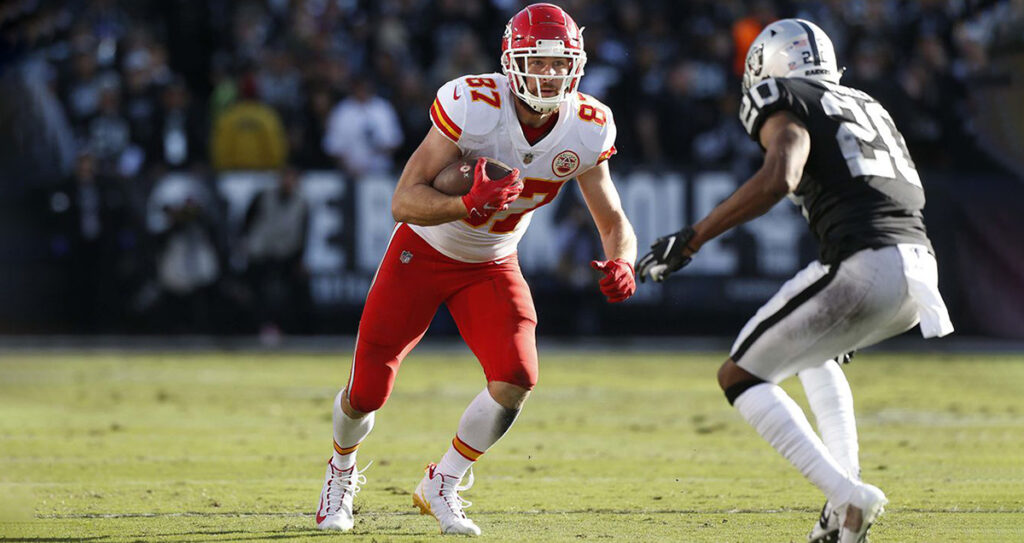 We expect Kelce to have another massive performance against the Raiders and the cruise over his receiving yards prop.

The (1-3) Raiders travel to Kansas City to take on the (3-1) Chiefs on Monday Night in a game that has the highest total from the entire week 5 slate.

We tried to find unders in this one, but these two defenses struggle to stop any aspect of opposing offenses. Both teams give up over 4.5 YPC to opposing running backs and over 260 passing YPG to opposing quarterbacks.

In the end, there are three props that stand out to us from this matchup: an anytime touchdown, and two overs. Here is our player prop best bet picks for the Raiders at the Chiefs.

Jacobs was utilized heavily in their win last weekend. We believe he will be involved just as much here against a Chiefs team that will be looking to score early and often. Jacobs will serve as the bell cow to keep the KC offense off the field. Kansas City's run defense is, once again, allowing 4.5+ YPC this season and have given up the fifth-most rushing touchdowns.

With plenty of opportunities, we believe Jacobs scores on Monday night and cashes this plus money props ticket.

Given that track record and a game script that should have the Raiders trailing early and often, we will take the over on Carr's passing yards prop for Monday night.

There will likely be plenty of money on the under for Kelce's receiving yards given he has only topped 70 yards in 2 of 4 games this season and 3 of his last 9 going back to last season. However, he has crushed the Raiders over his career, and has topped this number in 5 of his 6 games against Las Vegas.

Looking at this Raiders roster, the safeties and linebackers have been terrible in coverage all season. They will clearly need to double Kelce on Monday to have a shot at keeping him under 70 yards, but we think he gets over this number either way.

Don't miss our best bet pick for this game to see how our staff is betting the 7-point spread.