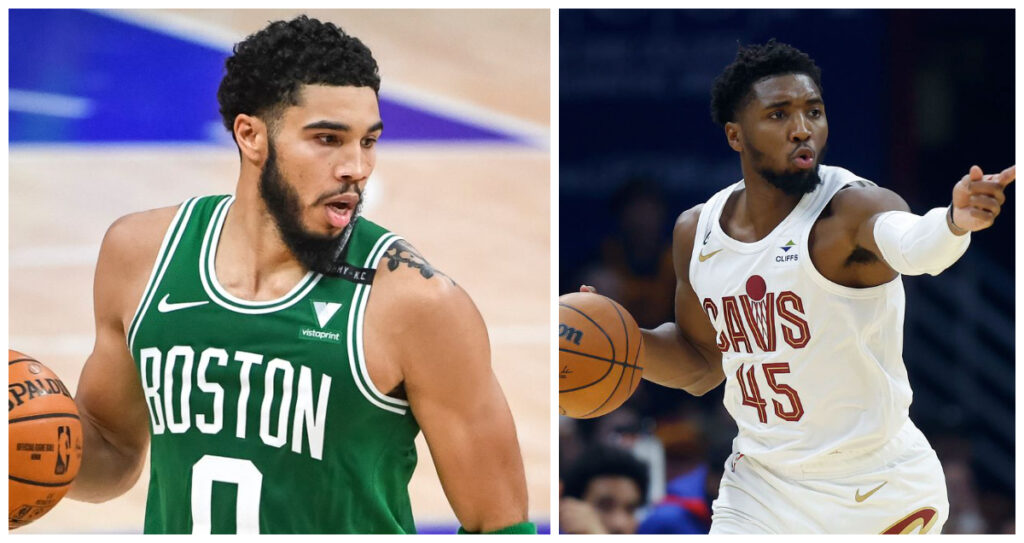 2 of our 6 PrizePicks NBA Props for Friday are on Jayson Tatum and Donovan Mitchell.

Let’s take a look at some PrizePicks bets that could leave you with a little extra cash in your pocket heading into the weekend. Feel free to use these six selections any way you like. You could do (3) 2-pick parlays or (2) 3-pick parlays.

Jayson Tatum OVER 7 Rebounds (Play of the Day)

Tatum is averaging 8.2 boards per game this season. While there haven’t been a ton of games played yet this season, this number is certainly encouraging.

Tatum continues to be a huge part of this Celtics' offense and should have his fair share of rebounds tonight against the Cavs. Take the over 7 rebounds with confidence in this game. Plus, it’s our play of the day! Why not?

When reviewing the lines for this slate, Tucker’s line of 5.5 points really stuck out to us. Tucker is averaging 7.1 PPG so far this season. Not only will Tucker have plenty of opportunity to score inside the paint tonight, but he can also stretch the floor with his 3-point jumpers.

Giannis is looking like he’s in MVP form already this year. The Bucks are the only undefeated team in the NBA right now (3-0), and Giannis is leading the charge in a big way. In these three games, Giannis is averaging 51 PRA.

However, if you take out game 1, he’s averaging a monster 60.5 PRA in his last 2 games. Tonight against the Knicks is not the night for Giannis to lay a dud.

We’re not sure how this number is so high. Siakam has historically been shut down by a solid Bucks defense. In fact, in the 19 games that he’s played against the Bucks Siakam has only averaged 26.3 PRA.

While Siakam is playing well this year, because of his history against Giannis and the Bucks, take the under in his PRA total tonight.

Mitchell and the Cavs have a tough matchup against the Celtics tonight. This should be a hard-nosed, physical matchup, and we’re expecting a star-caliber game from Mitchell tonight.

We are anticipating him to be involved in a big way in this game, using his physicality to his advantage, especially when it comes to rebounding. The over on his rebounding prop is the move here.

Evan Fournier UNDER 2.5 Three-Pointers Made

What happened to Evan Fournier? He was hitting absolutely everything last year, lighting up the scoring column, particularly in the three-pointers made category. However, he’s started off with a rather cold streak to start the year.

While we believe he will get over the hump eventually, we do not foresee that beginning tonight against the Bucks. After all, the Bucks are the third-best defense against three-pointers per game on the year.