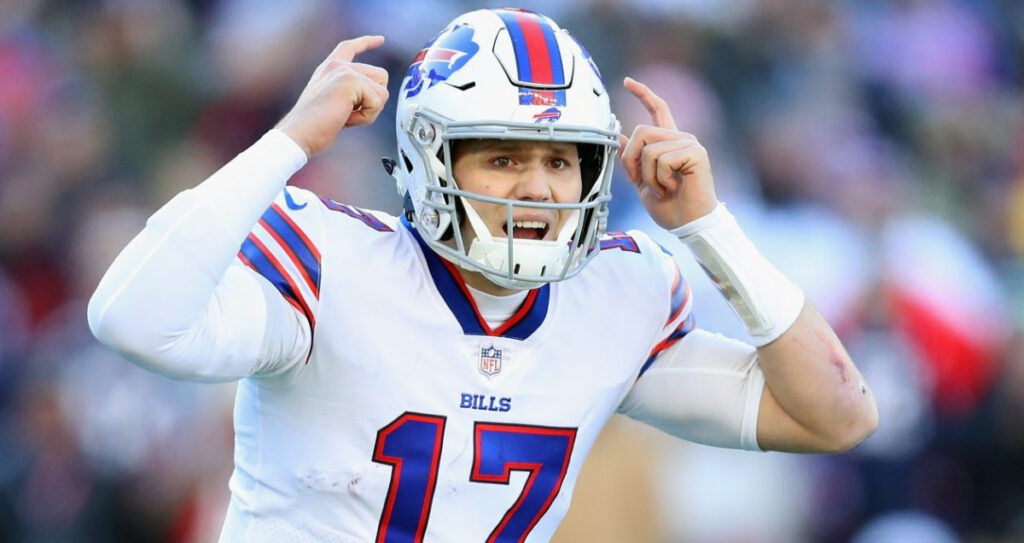 Josh Allen Over 285.5 passing yards is one of our top prop plays for PrizePicks and Underdog in NFL Week 4.

Our NFL player prop picks continue to be hotter than a $2 pistol (said in George Jones's voice). We learned last week the importance of getting the best of the number. If you bet our initial five player props on Tuesday or Wednesday of last week, you'd have gone 4-1. If you waited until kickoff to place those bets, you'd have gone 1-4.

Something just isn't quite right with Justin Fields. He's only averaging 99 passing yards per game this season and looks painfully uncomfortable in the pocket. It's even more concerning that the former Buckeye star only threw for 106 yards against the Texans last week (not exactly the best secondary).

For his career, Fields has only averaged 144.5 passing yards per game, which points us toward the Under. However, the best reason to play the Under is Chicago's solid rushing attack. The Bears are averaging 5.4 yards per rush (5th) and 186.7 rushing yards per game (2nd).

Chicago runs the ball more than any team in the league and they'll have lots of success against a Giants defense that ranks 31st in EPA per rush allowed. This sure looks like an easy Under!

We cashed a ticket on Henry going Under back on Monday Night Football a few weeks ago and don't mind rolling with that same logic here. The former Heisman Trophy winner looked better last week against the Raiders, but he still only racked up 85 rushing yards. The sledding will be much tougher against this Colts' defense.

Indy leads the league in yards per rush allowed (2.6) and they rank 4th in EPA per run allowed. The Colts have a poor secondary though, so look for the Titans to dial up a few more play-action passes than they normally do. Henry has gone Under this yardage total in 52 of his 89 career games.

Moore has a ton of talent, but rookie Garrett Wilson is getting a larger portion of the targets so far this season. That's the main reason why Moore hasn't gone over this yardage number through three games. Joe Flacco's dink-and-dunk tendencies also hurt Moore's yardage numbers.

The Jets pulled out a miracle win over Cleveland a couple of weeks ago but they came back down to earth against Cincinnati last week. They only rank 23rd in EPA per pass and 28th in yards per pass (5.5).

Pittsburgh's secondary isn't elite, but they aren't terrible either. We think the Steelers will do just enough to slow the Jets offense down and for Moore to go Under this yardage amount for the fourth game in a row.

Yes, we finally have an Over for you! You can bet that Josh Allen and this Bills offense will come out piping mad after giving the game away against the Dolphins last week. Allen threw for 400 yards in the loss and has been a machine through the first three games by averaging 338 passing yards per contest.

This matchup against the Ravens' pass defense should favor the Bills in a big way. Baltimore ranks 20th in EPA per pass allowed and 30th in yard per pass. They're also dead last in passing yards allowed per game.

Look for Allen to chuck the ball deep early and often to guys like Stefon Diggs and Gabriel Davis. This should be a fun game to watch and we expect another stellar performance from Allen. Take the Over!