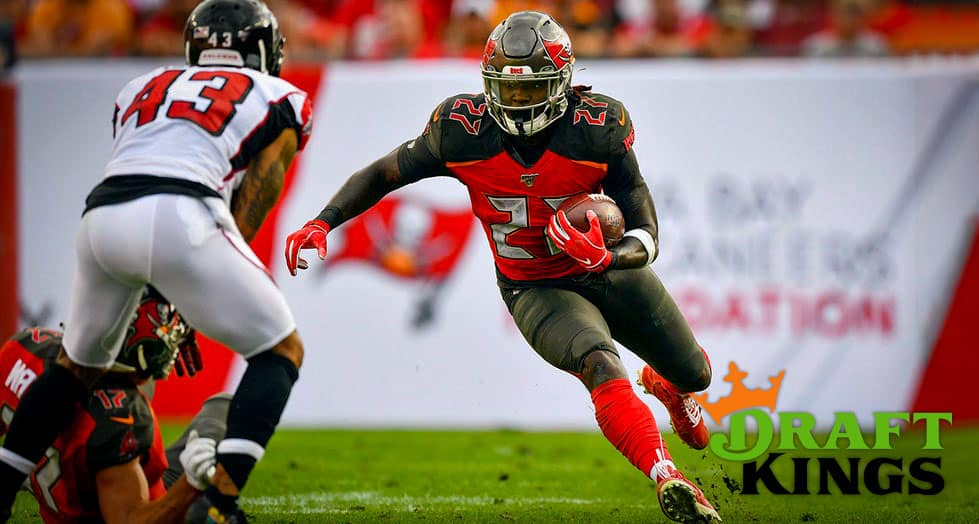 Our Picks for the DraftKings NFL Week 2 Millionaire Maker

For a fantasy football experience like no other, join the DraftKings Millionaire Contest. The fine folks over at DraftKings know fantasy football better than anyone. For an entry fee of only $20, you get a chance to win the $1 million first-place prize! In total, there are $4.5 million in prizes up for grabs, making this Millionaire Maker the largest fantasy contest for the NFL Week 2.

Are you new to fantasy football and need help putting your lineup together? That’s what we’re here for! In this article, we’ll show you our entry for this week’s contest. Feel free to duplicate portions of our lineup if you wish but do your own research.

PointsBet is offering new players a $200 bonus on any $20 NFL or College Football bet. Follow these steps to take advantage of this offer before it is gone:

This just in: the Titans’ defense is going to suck once again in 2021. Did you see how bad Kyler Murray carved up this bunch last week? He threw for four touchdowns and ran for another.

If Murray had that much success against this awful Titans’ defense, Russell Wilson should have an absolute field day! There’s no way the Tennessee secondary can cover all of Wilson’s weapons (DK Metcalf, Tyler Lockett, Freddie Swain). We typically don’t advise overspending on a QB but Wilson is more than worth it in Week 2.

We think the Texans are going to surprise some folks this year. They blew out the Jags last week and Ingram was a big contributor. The former Heisman winner had a decent Week 1 showing with 85 rushing yards and a touchdown.

The Browns defensive line is pretty stout but we still see Ingram getting his fair share of yards in this one. The Texans didn’t utilize Ingram’s pass-catching ability in Week 1 but that should change in this week’s contest against Cleveland. We could see Ingram scoring both a rushing and a receiving touchdown in this one.

Jones didn’t play much after an early fumble in the Bucs’ opener against the Cowboys. However, Tampa Bay head coach Bruce Arians has stated that Jones is still his starting running back for Week 2. This cheap price is an overreaction to one subpar game from Jones.

We see the former USC star bouncing back in a big way against the Falcons swiss cheese defense this week. Remember, this kid scored eight touchdowns in only 13 starts a year ago. Leonard Fournette and Gio Bernard do hurt his value a bit, but we still think Jones is a bargain at this price.

Don’t you know that Robert Woods and the whole Rams’ receiving corps are thrilled to have a gunslinger like Matt Stafford at QB? Woods only caught three passes in Week 1 against the Bears but one of them was for a touchdown.

We expect head coach Sean McVay to get Woods more involved in the offense against the Colts this week in the way of more targets. With Cooper Kupp and Van Jefferson getting plenty of attention from the Indy defense, Woods could surprise some folks with a big performance this week.

Yes, we know, the Jags are going to suck the entire season! However, that’s not necessarily a bad thing for fantasy purposes. Since the Jags will be playing from behind most of the year (including this week against Denver), Urban Meyer should be dialing up plenty of passing plays.

Rookie QB Trevor Lawrence threw the ball 51 times last week against the Texans! We expect him to throw at least that many times against Denver. This should mean plenty of opportunities for Shenault, who had an okay Week 1 with seven catches for 50 yards.

Tom Brady was the best thing to happen to Antonio Brown’s career. Ever since the GOAT has taken Brown under his wing, the off-the-field problems have disappeared. AB is also in phenomenal shape and is once again giving defenses headaches.

Brown had a splendid performance against the Cowboys in Week 1. The former Steelers’ star caught five passes for 121 yards and a touchdown. He may do even better than that this week against the Falcons’ pitiful secondary!

In fantasy football, we sometimes believe in buying low and selling high. Mike Gesicki fits that belief to a tee for Week 2. The former Penn State star didn’t play much last week but that was because the Dolphins’ offensive game plan was based around running the ball.

That should change this week against the Buffalo Bills. Brian Flores knows that he can’t pound the rock all day against the vaunted Bills D. We are thinking this is the game where Tua Tagovailoa cuts it loose and if that’s true Gesicki could have a big day!

Holy Cow! Did you see how many times Derek Carr targeted Waller on Monday Night Football? 19 Times! The former Georgia Tech star caught 10 passes of 105 yards and a touchdown much to the delight of his fantasy owners.

We don’t see Waller slowing down this week, even against a tough Steelers defense. Jon Gruden knows that Waller is his best offensive weapon so he’ll keep him as the focal point of the offense. At 6-6 and 255 pounds, Waller is pretty much impossible to defend.

It’s not often we get excited about selecting a defense but this week was the exception to that rule. We’re getting a Rams defense that is full of playmakers at a very reasonable price. Aaron Donald could give new Colts QB Carson Wentz plenty of problems in Week 2.

We get a solid linebacker like Leonard Floyd on this defense as well as All-World corner Jalen Ramsey. We look for this Rams defense to force a few turnovers and score us a boatload of points this week against Indy.