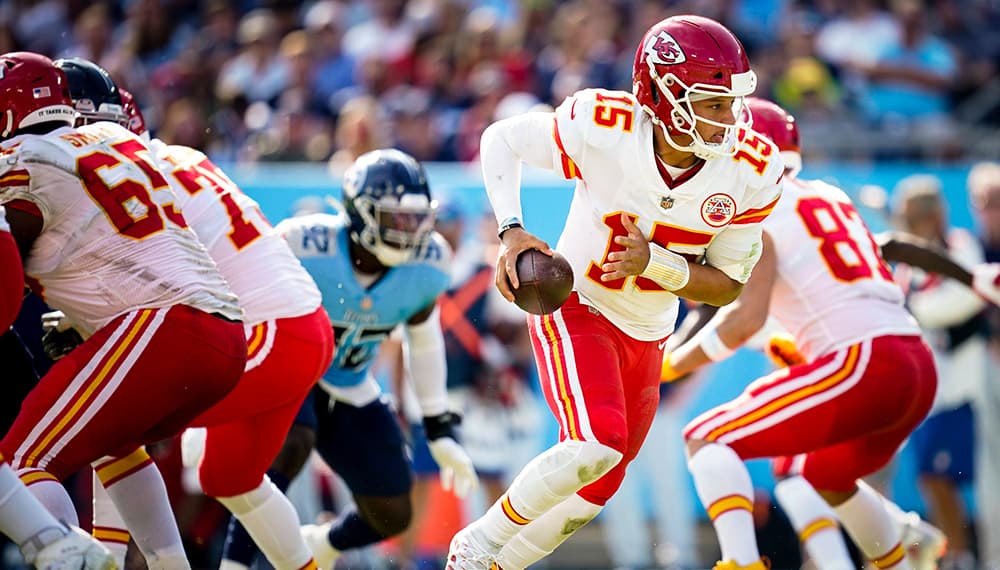 Our Best Bets and Prop Bets for Giants at Chiefs

Things haven’t been going well for Kansas City on the defensive end and that is putting it lightly. The Chiefs are dead last in turnovers, points allowed, yards allowed, yards allowed per game, and first downs allowed. The offense has been mediocre at best with Patrick Mahomes currently the 19th highest rated QB on PFF and Andy Reid with no answers.

Kansas City’s repeated failures turned the spread of this Monday Night Football game from 13 to just 10 points and not surprisingly even at 10, money is coming in on the underdog here.

Some of this action comes on the heels of the Giants being a very profitable underdog in 2020 when it comes to high spread games, but this could become a get-right spot for the Chiefs, who have faced the league's most difficult schedule so far this season.

Before we jump into our picks for best bets and best prop bets for this Monday night matchup, here is a look at the best odds available for both sides and the total.

Prior to the loss to Tennessee, this Monday night matchup was sitting at Kansas City -13 in the look-ahead line. It opened at Kansas City -10, money on the Giants moved it to -9 earlier in the week, but it currently sits at KC -9.5 at most sportsbooks.

We thought over 52.5 would be a popular bet this week, given how well Daniel Jones has played this season, but the total has moved the other way dropping as low as 51.5.

What to Watch for from Kansas City on Monday Night

Overall, we would say that that there is still hope for this KC team to recover as they start playing against easier opposition like the Giants. The defensive numbers are ugly, with the team allowing a 1.5-yard higher average depth of target to opposing teams than in 2020 combined with 1.3 yards more offense allowed after successful receptions.

If you look at the offensive stats, things aren’t as bad as you might think. In fact, Mahomes has a higher pass completion percentage than last season and his receivers are reaching first downs at the same rate. The average depth of target and certain receiving stats have suffered a bit, but this is still a very capable offense.

The run game also made a big leap this year with KC averaging 5 yards per carry. Sadly, primary running back Clyde Edwards-Helaire will be forced to miss this game against the Giants, but KC getting some offense on the ground is a very nice addition to an already explosive offense.

What to Watch for from the Giants on Monday Night

Looking at the Giants, there is some cause for optimism. Although Daniel Jones is still mediocre, his completion rate and his average depth of target are both slightly up year to year despite most of Jones’s top receivers not being available for most of the season due to injuries.

New York had an average defense last year but has managed to improve in every aspect so far this year. We are talking about minor improvements, but at least there is some progress. The only area where the Giants took a step back is the run game. New York is only averaging 3.8 yards per carry, one of the worst marks in the league, but it is largely due to Saquon Barkley being on the IR.

The list of injuries on the New York side going into this Week 8 Monday night matchup is extensive. Besides Barkley, the Giants will likely be without WRs Kenny Golladay and Kadarius Toney, while Sterling Shepard is questionable at best. Those being the team’s top WRs and their best running back doesn’t give us too much hope that the team can go head-to-head against Mahomes & Co. Evan Engram and Darius Slayton are both serviceable pass-catchers, but they are no Tyreek Hill.

We are taking Kansas City against the spread in Week 8 at –10 or better, and the fact that PointsBet is currently offering 9.5 at +100 makes this an even easier decision for us.

If the Chiefs don’t cover this spread you can rightfully say that you are done with this team as a bettor this season. The look-ahead number on this game was -13, and while it was believed to open at -10 due to the hit Mahomes took against Tennessee, the fact that -9.5 is available today has to be considered a gift.

We are expecting Mahomes to come out slinging after he failed to put a touchdown on the board last week against the Titans. Looking at the total, our lean is towards the under with the number sitting at 52.5. Both teams are missing offensive pieces and neither QB is playing their best football. This game should be lined closer to the league average of 49.

There is no shortage of prop bets available for this Monday night matchup. There are two props that really stand out to us and they are both still available at -110!

This number is just wrong and to make it even better, you can still find it at -110 with several sportsbooks. Jones has been over 241.5 yards in all but one of his appearances this season. He faces a Chiefs defense that is allowing 276 passing yards per game on the season and 298 passing yards per game at home. The Giants still have a bunch of DNP's, but Jones should still get a boost if he gets Sterling Shepard back to go with Darius Slayton.

Williams is averaging just 3.5 YPC on the season, and is far from a big-play threat, so it will take him 17 carries to hit 57 rushing yards in this game. We just don't see the Chiefs giving Williams that kind of volume in a primetime matchup. Willimas has gone over this number once already this season (21 carries against WFT) but has only one other 56+ yard rushing game in his 51 career appearances. Lock.