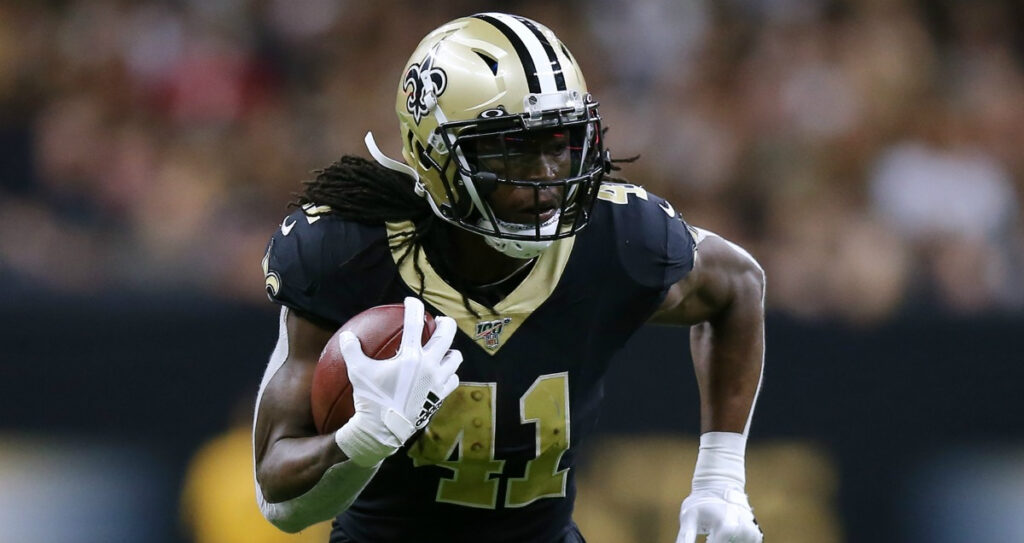 Alvin Kamara has had a tough season so far, but we think he gets on track this week against Atlanta.

14 games are on tap for this weekend's NFL betting card. Three of them are on Saturday, and 11 are on Sunday. We also get six college football bowl games sprinkled in on Saturday as well.

Want to make this week's NFL games even more exciting? We've got you covered! Here are our 9 Favorite Player Prop Bets for NFL Week 15. Let's cash some tickets!

Dobbins looked solid in his last game, and with Huntley still behind center, we believe he will get ample opportunities to find the endzone this week. With him being over 2 to 1, the value is much that we can not pass up on here.

Quietly, the Colts are tied for 3rd in the league with 19 interceptions on the season. Cousins has been able to avoid tossing one in back-to-back games but has yet to have a 3-game stretch this season without throwing one.

It appears the stars are aligning here, and at plus money, we like the play of Kirk tossing one here.

Tua finally put up some numbers last week on the ground as he went for 28 yards against the Chargers last week. This week, he heads to Buffalo for a game that will have some wild weather.

With the weather causing issues for the passing game, we believe Tua will be forced to tuck and run a handful of times, and this will lead to him easily going over this number.

Last week, Williams was held completely in check by the Vikings. He only gained 37 yards on 16 carries and did not sniff the endzone.

He had previously scored in 4 straight games and is tops in the league with 14 rushing touchdowns on the year. We expect him to add to that total here against the Jets, who are allowing an average of 1 rushing touchdown per game this season.

Hurts has gone 3 straight games with 2 or more touchdown passes. For the season, he has done it 5 more times.

This week, he faces the Bears, who are tied for 3rd most passing touchdowns conceded this season with 41. We believe Hurts will continue his MVP-type season by going for at least 2 touchdown passes here, if not more.

Kamara has had his struggles this season. In fact, he has gone 5 straight games without exceeding this number on the ground. This week, he faces the Falcons, who are allowing an average of 128.77 yards per game on the ground.

This should be a spot where Kamara will be able to break out a bit. With the total being higher than where he has finished the last 5 games indicates that the oddsmakers believe the same.

Allen has scored a touchdown in 2 of his last 3 games. Justin Herbert has finally looked like he is fully recovered from his early rib injury this year.

The Chargers face the Titans this week, and they have allowed the 2nd most passing touchdowns this season (25) only behind KC’s 28. Allen should be able to get targeted a couple of times in the red zone and get to paydirt at least once.

Sunday, he, and the Bucs will face the surging Bengals. The same Bengals team that has allowed the 2nd least amount of passing touchdowns this season with 12. Brady is going to have another tough day in the office this week.

Ekeler has been held under this total on the ground in 5 of his last 8 games. He has seemingly been involved more in the passing game later than the run game. He has 29 targets compared to his 20 carries over the last 3 games.

Facing the Titans this week, it looks to be more of the same. Tennessee is allowing just over 80 yards per game on the ground and will likely force Herbert into more throwing situations.