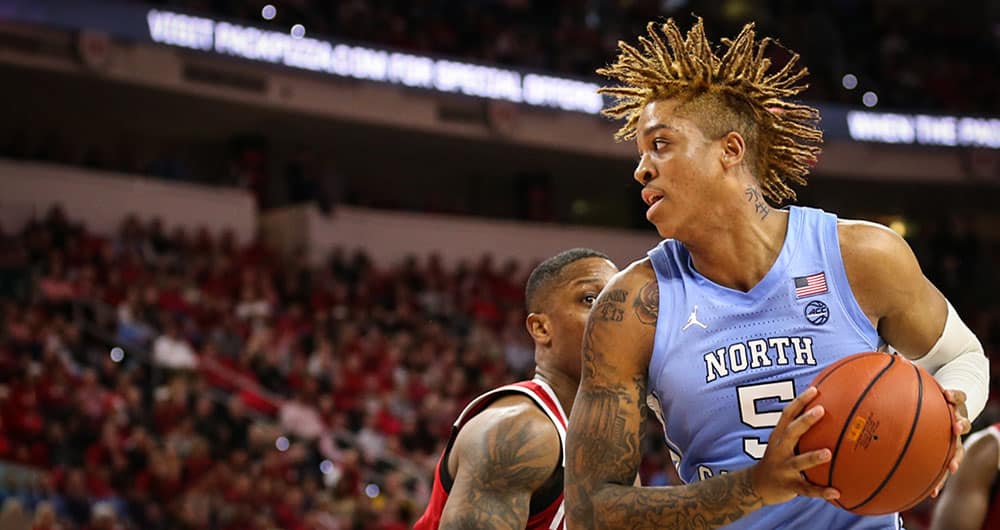 What a wild weekend of college basketball! The entire top 25 were in action, and while most held serve, the Auburn's loss to Florida and Ohio State's loss to Iowa should cause the biggest shakeups when this week's rankings are announced. Also within the Top 25, Alabama, Texas, Michigan State, and Tennessee all lost to ranked opponents on Saturday.

While Monday night's slate of college basketball action is unlikely to hold up against what we saw over the weekend, there is still plenty of action on the schedule. Here is a look at our 5 best bet picks for tonight.

On Monday night at the A.R.C., the Valparaiso Beacons will host the Evansville Aces in a quick turnaround rematch from Saturday. Valpo picked up the 72-56 win on Saturday in a game that mot expected to be much closer with the spread being such a small number. Kobe King and Shamar Givance each led their team with 21 points on almost identical shooting from the field.

The Aces get an opportunity to avenge their most recent loss since Saturday and the game will likely be the Aces' last chance at picking up another regular season victory. They get Loyola Chicago followed by Missouri State, who are currently 1-2 in the MVC standings, to wrap up their regular season. The Aces will need to play a bit better on the defensive end and show some effort on the boards to get this payback win.

Valpo is locked in to being one of the 4 teams to play in the initial round of the MVC tournament. If they take care of business Monday, they will lock themselves into a 3rd matchup with these Aces in the opening round. The Beacons will look to continue where they left off on Saturday with their domination of the glass and tremendous shooting from the field. The one weakness they showed in the game was in the turnover department. They committed 15 turnovers in the game and will surely look to keep that number lower in the rematch.

Here's a look at some of the key betting trends for this Mountain Valley Conference matchup:

I don’t expect the Aces to get up for this game whatsoever. I wouldn't be surprised if we see Evansville show very little in this game. With the 3rd matchup likely on the horizon in the MVC tournament, it would likely serve them best not to show much and use this as a scouting session for what they plan to do in the 3rd game. Valparaiso will want to secure this win as they face Drake and Bradley to wrap up their regular season, who are both capable of dropping the Beacons.

Live Odds for Evansville at Valpo

Georgia Tech heads into the Carrier Dome tonight to take on the Syracuse Orange in one of the final ACC matchups for each. This will be their 1st meeting of the season. Tech comes in losers of 5 of theirs last 7 but picked up a road win over Pitt in their latest game. The Orange have won 5 of their last 6 and have been a strong 10-3 inside the Carrier Dome.

Tech has the worst offensive efficiency in the conference this season and that does not bode well for them as they face a Syracuse team whose zone defense is always giving teams fits. The biggest issue with the zone, is that it leaves them susceptible to offensive rebounds. The Orange rank 301st in the country in opposing teams’ offensive rebounding percentage.

The betting trends for this one point to Syracuse covering as a home favorite on Monday night:

I really like Syracuse in this spot. Tech is likely saddled in the bottom tier of the ACC for the upcoming conference tourney, while Syracuse is still fighting to stay in the top of the middle tier. Offensive rebounding is not a strength at all for Tech, so that will negate the Orange’s defensive weakness. Offensively, Syracuse holds higher rankings in most categories compared to the Tech defense. Syracuse gets it done in big fashion tonight inside the Carrier Dome.

It has been an up-and-down season for the Tar Heels but they are still in a very tightly packed top 6 teams in the ACC standings. Louisville is beginning a 3-game road stretch before ending their regular season at home to UVA. In their previous meeting in Louisville, the game went to OT before UNC took control to get the 7-point win. Here, they are a double-digit favorite and I believe that is a bit too low here. UNC were given a wakeup call in their last home game by Pitt who took them down.

The Tar Heels have a massive home court advantage in this one, as they have been great ATS at home, while Louisville has really struggled ATS on the road:

UNC is going to be much sharper than they were against Pitt. They can read the writing on the wall in regards to potential ACC seeding and will want to finish strong, specifically at home here. Louisville had lost 7 straight prior to finally getting a home win over Clemson on Saturday. The road will be unkind for the Cardinals and that begins in the Dean Dome tonight.

Live Odds for Louisville at UNC

The Bears have been performing extremely well as dogs recently and I believe they stay inside the number again here. The Flames barely got by last-place Stetson in their last game and seem to be looking ahead to their matchup with FGCU on Wednesday.

As you can see in these betting trends, Liberty has really struggled as a favorite, and have been particularly poor against the spread when facing a lesser opponent:

Take the double-digit points with the Bears at home tonight!