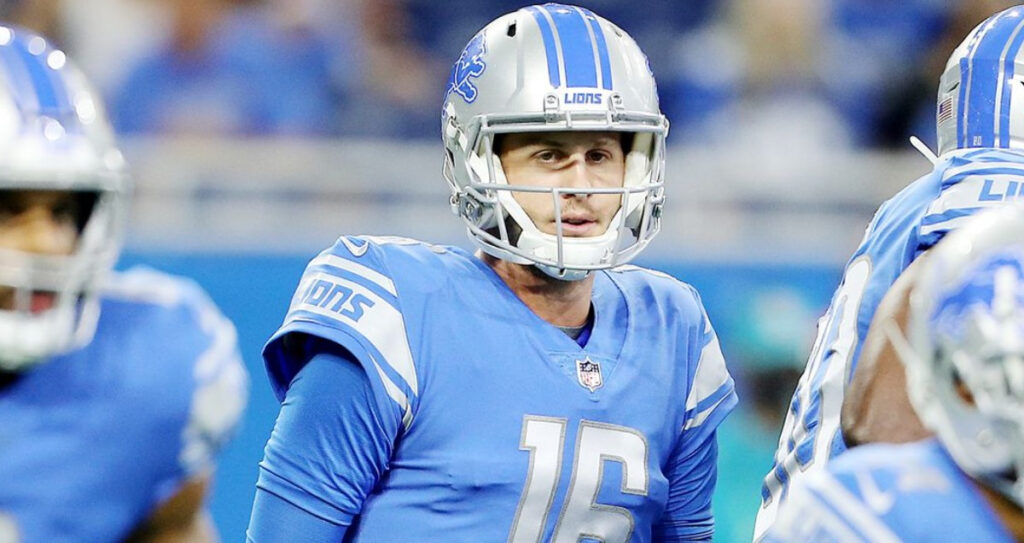 Jared Goff may carve up the Bears' defense, but we still think he stays Under 233.5 passing yards on Sunday.

The 2022 NFL season has delivered in a variety of ways, and Yahoo! News put out a great piece detailing some of the highlights and statistical anomalies that we’ve seen at the halfway point. Scoring has hit its lowest point since 2010 with teams averaging 21.8 points per game, but that’s resulted in the most games in NFL history decided by seven points or fewer through nine weeks (72).

There have been 27 games in which a team has blown a double-digit lead so far this season, third-most in league history. Finally, NFL teams have rushed for more yards at this point than any season since 1987, which marks a departure from the high-flying passing offenses of the 2010s.

Our Week 9 NFL prop plays finished strong at 3-1, though Aaron Jones and the Packers let us down to spoil a potentially perfect week. The rest of our picks cashed with Raheem Mostert’s rushing total under play, Geno Smith’s passing yard over bet, and Tom Brady’s passing attempts going over the total to wrap up a great weekend.
Heading into Week 10 action, we’ve come prepared with another batch of player prop bets.

Goff’s performance this season has more closely resembled his days in Los Angeles with a passing yard average of 255 yards per game and a Total QBR that’s increased from 39.5 in 2021 to 52.0 this season. Detroit has a 2-6 record, but they’ve competed til the final whistle against teams like Philadelphia, Minnesota, and Miami this season in three of their losses.

Chicago doesn’t necessarily measure up to those three teams as an opponent, but is allowing just 200 passing yards per game and has an interception rate of 3.6% in 2022. Both marks are top 10 in the NFL.

Goff has gone under this total in three of his last four games, and despite some key departures on the Bears’ defense they will still prove to be a tough test for the Lions.

White has slowly begun to work his way into the regular flow of this Tampa Bay offense and has accumulated 48 touches in the last six weeks after recording just 10 from Weeks 1-3.

The Bucs are not emphasizing their run game this season, but they cannot eliminate it from their playbook either. They simply cannot keep asking Tom Brady to throw the ball 45+ times per game.

Seattle is in the bottom 10 among NFL teams in yards per carry and rushing yards per game allowed to opposing teams, and White will cash this play even with 6-8 carries in this matchup.

Since making his professional debut in Week 6 against the Chargers, Dulcich has become one of Russell Wilson’s favorite targets. He ranks 5th on the team in catches despite playing less than half of Denver’s games, and his 15.2 yards per catch is slightly better than Jerry Jeudy’s for the season.

Tennessee is strong against the rush but vulnerable through the air in 2022, and Dulcich has proven that he can create separation, has reliable hands, and can operate in the open field after making a catch.

We expect that to continue in the Broncos’ first game since their Week 9 bye. Dulcich should be able to easily eclipse this number against the suspect Titans' secondary.