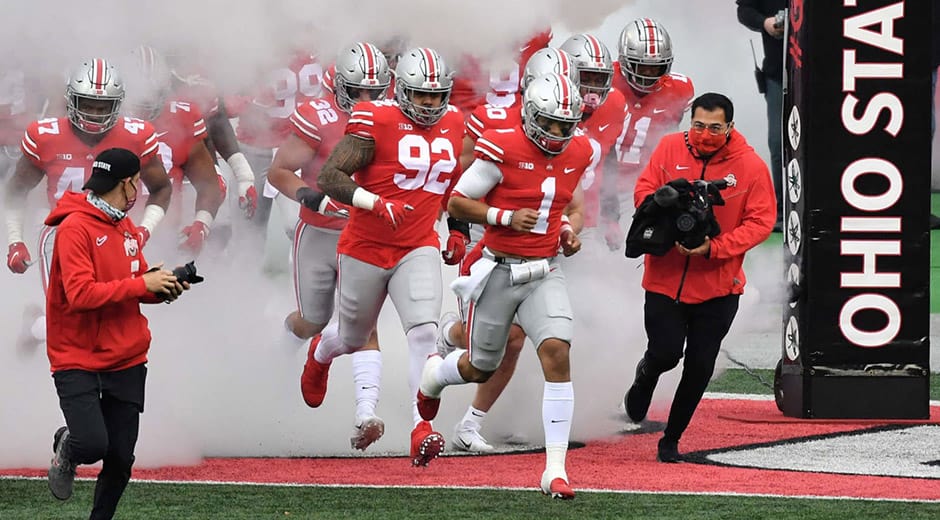 Ohio took a giant step towards legalizing sports betting in the state last week. The Ohio Senate voted in favor (by a resounding count of 30-2) of Senate Bill 176, which would legalize sports gambling. The bill will now move on to the Ohio House of Representatives as the next step in the process.

If all goes well with the bill at the House of Representatives, sports enthusiasts from the Buckeye state will be able to legally bet on their favorite sports teams in the near future. Ohio has attempted to legalize sports betting since the national ban went away in 2018. Bill 176 gives Ohio residents the best chance at making their sports wagering dreams a reality.

Governor Mike DeWine is convinced that sports betting will be legal in Ohio very soon. DeWine said that legalizing sports betting in his state is “inevitable”, which is a great sign for Ohio sports bettors. DeWine knows that lots of Ohio folks already bet on sports illegally via offshore sportsbooks or local bookmakers.

The decision to make sports gaming legal makes perfect sense for Ohio. After all, several states near Ohio have already made the jump to legal sports wagering. Neighboring states like West Virginia, Pennsylvania, and Michigan are already raking in lots of tax dollars since sports betting is so popular.

Ohio Senators Niraj Antani and Nathan Manning are the sponsors of Bill 176. Antani is a Republican who represents the 6th District in the Ohio Senate. Manning, also a Republican, has represented the 13th district the last two years.

Senate Bill 176 specifically states that Ohio will issue a grand total of 58 sports gaming licenses. The cost for a license will be $1 million. The state plans to set aside 33 licenses for in-person betting shops and 25 for online sportsbooks.

Professional sports teams in Ohio, the PGA Tour’s Memorial Tournament, and a NASCAR venue would get first dibs on acquiring sports betting licenses. The Ohio Casino Control Commission will be in charge of the entire licensing process. Like all other states, sports betting would be permitted only for people who are 21 or older.

As for tax rate, Senate Bill 176 would charge all sports gambling license holders 10% of their net revenue. 98% of that tax money will be put back into the Ohio school system to benefit both public and private schools. The remaining tax money would go to the Problem Sports Gaming and Addiction Fund and would help to prevent gambling addiction across the state.

Ohio is not limiting the sports betting action to just casinos either. Any business with a liquor license is free to apply for a “Type C” sports gaming license that will only cost $6,000. It’s refreshing to see a state let small businesses offer sports betting to their customers, but the state plans to only issue 20 “Type C” licenses.

Obtaining a “Type C” license would be perfect for businesses like bowling alleys, bars, restaurants, and similar establishments. The “Type C” licensed shops would be regulated by the Ohio Lottery. Betting limits will be small at these kiosk locations as Ohioans could only bet $200 a day on the same debit or credit card.

Not All Are In Favor of Senate Bill 176

Though the bill has loads of heavy-hitting support throughout the state, not all people like the way it is written. The Fair Gaming Coalition of Ohio, which represents small businesses across the state that offer Ohio Lottery products, is against the current version of Senate Bill 176. Greg Beswick, a leader of the coalition, called the bill “a monopoly” and accused lawmakers of leaving out the 10,700 small businesses in the state of Ohio.

Other coalition members don’t like that the bill will allow businesses to deduct promo costs from their net profits. For example, a casino can offer a $250 signup bonus to new customers and it can be written off as a marketing expense. Fewer profits mean fewer tax dollars for public education.

Nicholas Pittner, a well-known Ohio attorney, seems to also be against Senate Bill 176. Pittner claims that lawmakers may not even have the authority to make sports betting legal because of the state constitution. Ohio has traditionally been against gambling throughout much of the state’s history.

When will Ohio go live with legal sports betting?

Though no date is in stone yet, most close to the situation say that if all goes as planned Ohioans will be able to bet on sports by April 1, 2022. This would be just in time for Reds fans to get some action down for MLB Opening Day.

Track the latest news regarding legal sports betting in Ohio and find our current prediction for what date betting will go live in the state.