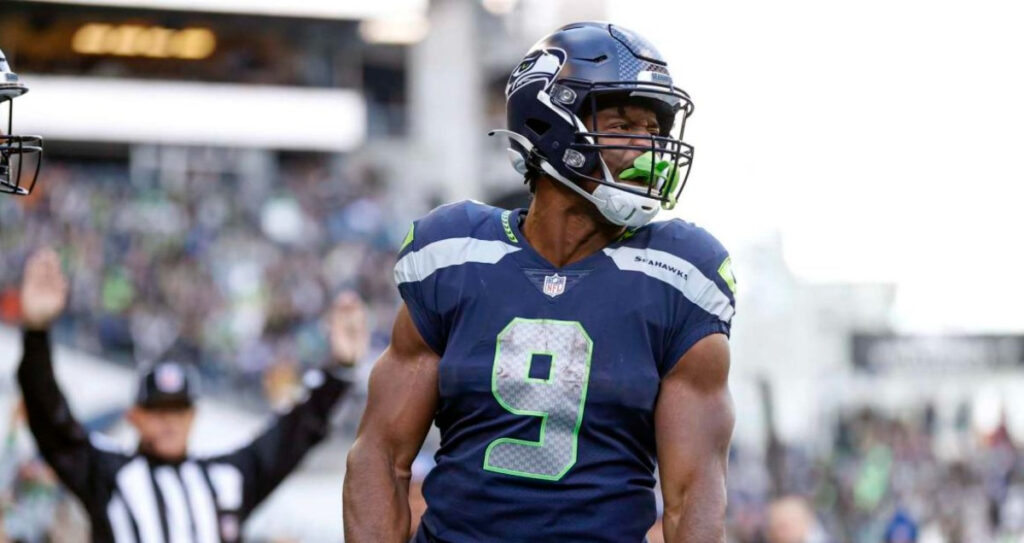 We like Kenneth Walker to go Over 56.5 rushing yards on NFL Wild Card Saturday.

NFL Wildcard weekend is going to be huge! Sports bettors are going to love having 2 Saturday games, 3 Sunday games, and a Monday Night Football game. The Saturday slate features Seattle vs. San Francisco in the early slot and Los Angeles vs. Jacksonville in primetime.

Get the 3 PrizePicks props that we absolutely love for Saturday, January 14, right here! Let's get the playoffs started off on the right foot! Best of luck with all your NFL action!

Longtime readers of our props column know that we like to look for discrepancies between PrizePicks and the online sportsbooks as part of our betting strategy. There's definitely a difference of opinion with this prop play, which gives us plenty of value to exploit. PointsBet has this priced 9 yards higher than PrizePicks, and FanDuel is also 7 yards higher.

Sure, betting against San Fran's insanely stout rush defense does scare us a bit. However, Seattle is no slouch when it comes to running the ball. The Seahawks rank 7th in the league in yards per rush (4.8). We think Walker finds a way to finish in the 60s so take the Over.

Kittle has had an up-and-down season and has gone Under this receiving yardage in 5 of his last 7 games. He's also stayed under this number in 9 of 15 games. Those are both strong trends for the Under.

You also have to consider the game script. San Fran is currently a 10-point favorite over Seattle, which tells us that they may choose to pound the rock if they get a big lead. The Niners rank 26th in the league in pass play percentage (51.86%), so Kittle may not get very many opportunities in the second half.

The Seahawks also aren't too terrible at defending the pass. Seattle ranks 13th in passing yards allowed and 16th in yards per pass. Neither one of those stats makes them elite, but they're still halfway decent.

Look for the Jacksonville offensive line to open up plenty of holes for Etienne in this game. The former Clemson Tiger is averaging 74.1 rushing yards in home games this season. He's also gone over this rushing yardage amount in 3 of his last 4 games.

As of Tuesday afternoon, we have a good amount of market support on this play as well. FanDuel has this priced at 78.5, while PointsBet isn't too far behind at 75.5. We respect PrizePicks but think they've priced this one a little too low.