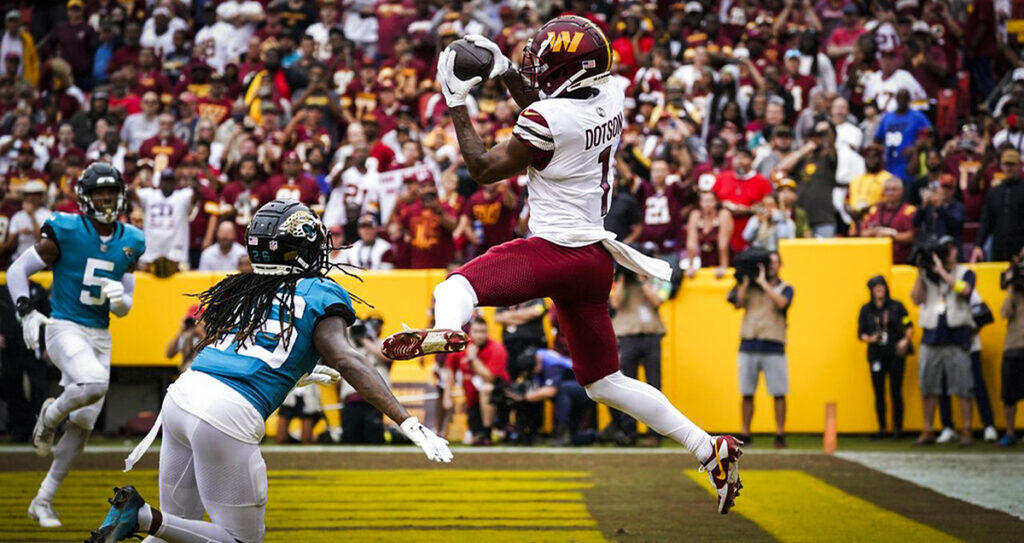 Our player props cashed at an 80% clip through the first 3 weeks of the 2022 NFL season, so we were due some regression last week. We finished the week cashing 6 of 14 tickets, but it is worth noting we include several plus-money picks with these each week.

Let's get back on track with our week 5 player prop picks. We have 14 for you again this week including 5 plus-money picks that we expect to cash on Sunday.

Dotson has scored 4 touchdowns in 4 games for the Commanders this season. He seems to be Carson Wentz’s favorite target in the RedZone. The Titans have given up 10 touchdowns this season through the air and Washington will be looking to cash in on that ineptitude.

DeVonta had a bad game last week in the rain and cold in Philadelphia. It was all over social media about him complaining about the conditions and his play showed his frustration. This week he will be in lovely Arizona where the cold will not be an issue.

I took Zeke as a flyer in my fantasy league and have started him every week. This week I put him on my bench so there is no doubt he is finding the endzone now. 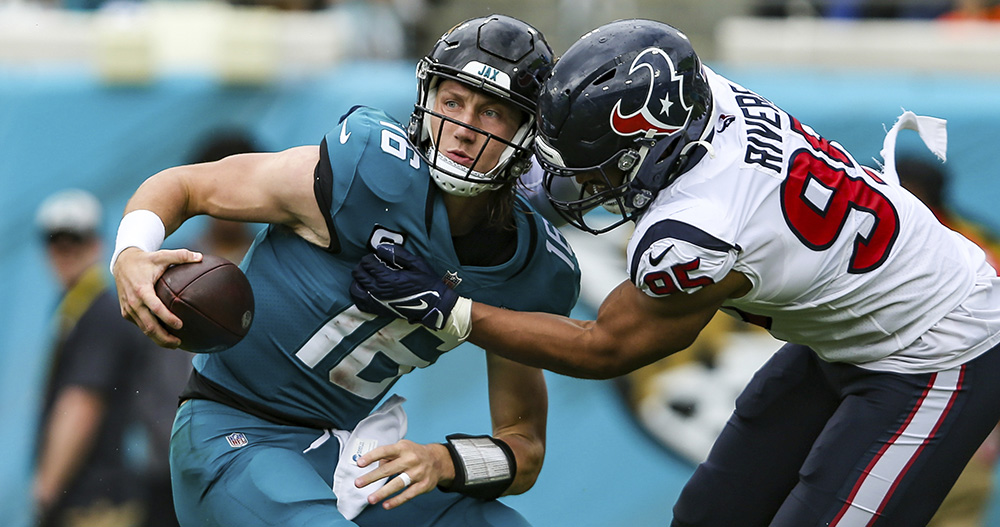 Our over-interceptions passing props remain hot this season, and we have two more among our four favorite passing props from the NFL week 5 slate.

Lawrence has thrown 2 or more touchdowns in each of his last 3 games. He faces the Texans this week who have allowed just 4 total touchdowns through the air. We expect the Jags to keep it on the ground in the RedZone giving Lawrence limited attempts.

Marcus Mariota Over 0.5 Interceptions (-118 at Unibet)

Mariota has thrown has 4 interceptions over his last 3 games. He is facing a Tampa defense that has picked off the opposition 6 times already this year. Marcus will give at least one away in this game.

The Cowboys have allowed just 3 touchdowns through the air this season. Stafford has just 1 game where he threw more than 1 touchdown and has not thrown 1 in his last 2 games. We don’t believe he will be able to put up more than one here at home.

Kyler Murray Over 0.5 Interceptions (-120 at Draftkings)

The Eagles have 5 picks already this season which is 7th in the NFL. Murray has thrown a pick in 2 of his last 3 games. We believe the Eagles are going to be up early on the Cards and force Murray to make more forced throws late in the game that will lead to an interception or 2. 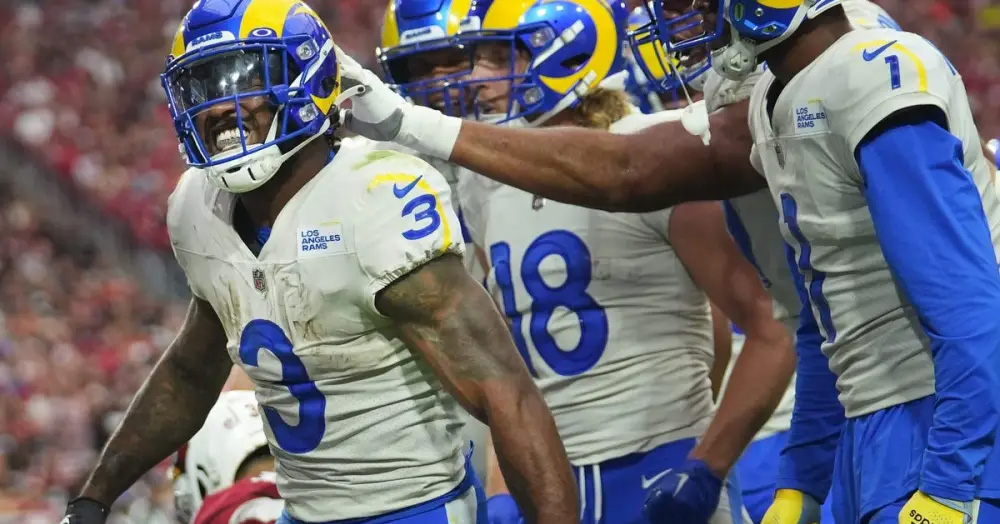 Our rushing props went 2-1 last week, with a big game from Derrick Henry ruining what would have been a clean sweep. We have four rushing props for you this week, let's shoot for that sweep.

The Texans have allowed 172 yards per game on the ground which is 2nd only to the Bears in the NFL. Robinson didn’t get many carries last week against the Eagles but has surpassed this total in the previous 3 games.

Harris has averaged 50.5 yards per game. He faces a Bills defense that is 3rd in the league against the run. The Steelers will likely need to abandon the run game rather early in this one due to the Bills' ability to put up points in a hurry.

Cam is coming off a game against the 9ers who are 2nd best in the league against the run. It is no shock that he only mustered 13 yards on the ground against them. He faces the Cowboys this week who are in the bottom 6 of the league in rush defense. Akers should be able to get north of 50 yards here against a Dallas team allowing 110 yards per game on the ground.

Hurts went over this number in the 1st two games of the season but has failed to get over the last two. He will have ample chances against Arizona this Sunday and we believe he will get there.

Our receiving props were our worst-performing props last week so we gave them some extra love for week 5 and narrowed the entire slate down to two picks.

Freiermuth is Facing the Buffalo Bills who have allowed the least amount of receiving yards this season. The QB situation seems to be fluid so who knows who will be tossing him the rock this week.