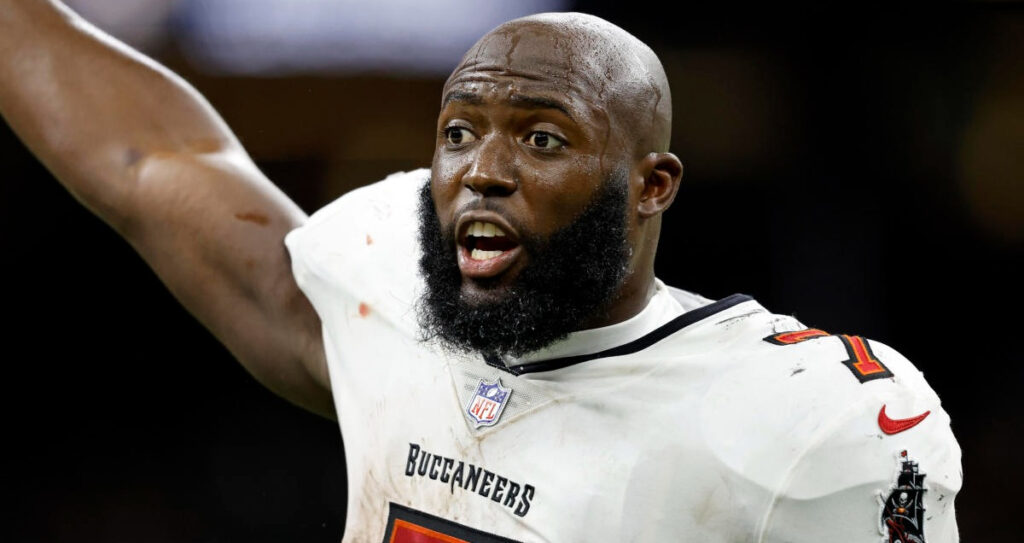 The Bucs have struggled to run the ball this season, but we think Leonard Fournette changes that in Week 18.

It was a humbling day for our DFS lineup during Week 17’s Sunday day games as we failed to crack 90 points. AJ Brown (17.7 points) and Tyler Allgeier (16) were bright spots for a lineup that just didn’t have the necessary firepower.

Heading into the final week of the regular season, the plan is to end on a strong note and cash in one final time before the postseason. We present our lineup selections for the FanDuel NFL Sunday Million contest just ahead.

Rodgers both threw a touchdown and ran for one last week as the Packers steamrolled the Vikings to keep their playoff hopes alive. The stakes are even higher this week for Green Bay ahead of a matchup with Detroit. The Lions are currently ahead of them in the playoff chase based on head-to-head record.

Rodgers threw 43 passes in the earlier meeting of these two teams in 2022, a season-high for the future Hall of Famer who hasn’t played up to his standards. We look for another high-volume effort from him on Sunday to give the Packers a shot at the playoffs.

Akers has come alive since December began after an early-season benching. He has carried the ball 83 times since Week 13 kicked off and is 4th among all running backs in fantasy points over those five weeks. He gets a nice matchup with Seattle’s defense that has allowed 4.8 yards per carry this season.

Fournette is another player whose fantasy stats have suffered due to backfield competition in 2022. He’s managed to sustain 40 carries over Tampa’s last three games and also hauled in all 18 of his targets during that span.

Tampa’s playoff seeding is locked in after their win last week, and we anticipate some early flashes of ‘Playoff Lenny’ in Week 18.

It’s not every week that you can fit a top receiver into a DFS lineup without suffering a drop-off in production elsewhere, and we feel like that’s been accomplished this time.

Diggs has been a top-5 receiver this season by any measure despite a three-game stretch where his production has dropped off heading into this week. We like him to bounce back against New England.

Tyler Lockett returned to the field last week and saw two targets in a victory over the Jets. We expect him to re-establish himself in Seattle’s scheme this Sunday in a must-win game against the Rams. Lockett put up 23.3 fantasy points against LA in early December.

Dotson, when healthy, has been a touchdown machine. His seven receiving TDs in 11 games mark the 8th-best rate in the league this year, and he’s seen 31 of his 57 targets in 2022 just in the last four weeks. The role he’s carved out for himself leads us to believe he’ll find painted grass again in Week 18.

Goedert is another player we see as undervalued due to his recent return from injury and an Eagles’ offense that’s sputtered with Garnder Minshew at quarterback. He’s still averaged more than seven fantasy points per game in their losses to Dallas and New Orleans and has over 110 yards receiving across those matchups.

Goedert is an important piece in determining whether Philadelphia will win against New York in Week 18 to clinch the top seed in the NFC. We're betting he has a big day!

Smith’s production has surprisingly increased with Minshew under center the last two weeks. He’s WR3 across the NFL in those two games with 17 catches, 228 yards, and two touchdowns scored. He looks to primed to put an exclamation point on his breakout year against the Giants this Sunday.

Pittsburgh has stood tall against the Raiders and Ravens the last two weeks, averaging 10 fantasy points per game by generating four sacks and four interceptions in that time.

No team has scored more than 17 points against the Steelers defense since November 20. We project that streak to continue as Mike Tomlin looks to extend his franchise’s streak of no losing seasons since 2003.