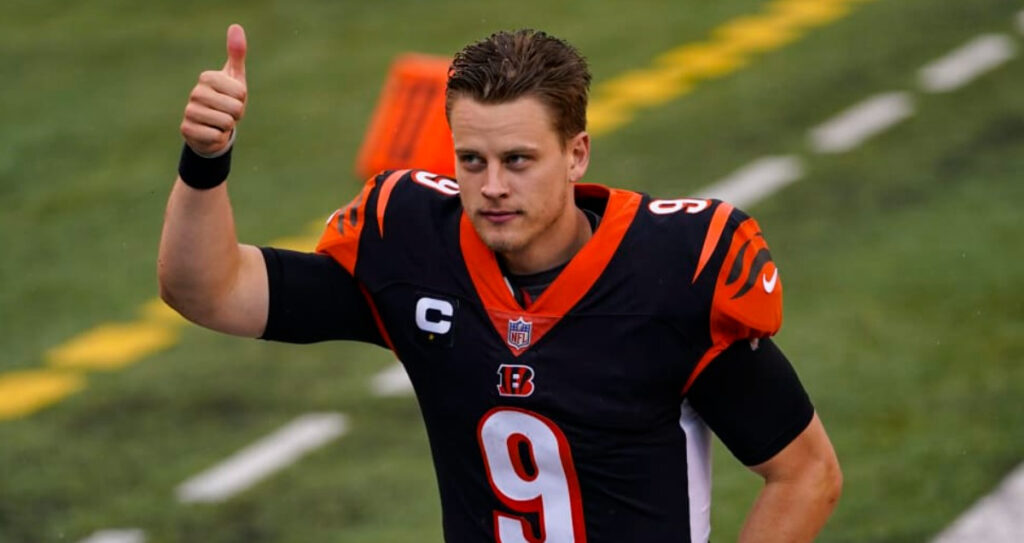 We expect Joe Burrow to dominate a reeling Baltimore secondary on Sunday of Week 18.

13 games line the Sunday afternoon NFL schedule for Week 18’s conclusion to the regular season. Almost all of those matchups have some kind of stakes attached to them. Which teams will be involved in the playoffs, and what the final seeding will be for those that do clinch a postseason berth?

There are eight games in the early window, with the spotlight placed on the Patriots and Bills. New England must win to clinch the 7 seed in the AFC. The Ravens and Bengals are both vying for the AFC North title and seeding in the conference.

In the late afternoon group of five games, the Seahawks are in win-or-go-home territory against the Rams. The Cowboys, 49ers, and Eagles have a chance to clinch the NFC’s top seed depending on the results.

Week 18’s player prop best bets are locked in after a 2-1 result last Sunday. Thanks for following along this season. Let’s go out with another winning week.

Baltimore’s 24th-ranked pass defense has padded stats against inferior competition for most of the season and had difficulty with teams who throw the ball effectively.

Joe Burrow threw for 217 yards, a touchdown, and an interception in the matchup between these two teams in early October, as Baltimore won 19-17 in Maryland. Since then, Burrow has four games of 300+ passing yards and has thrown less than 31 pass attempts just one time. We expect a bounceback for Burrow in a game that the Bengals must have to clinch the division and keep their hopes for the #1 seed alive.

White is starting in what might be his final game as a Jet before hitting free agency and getting a chance to play spoiler in the Dolphins’ playoff chase.

New York’s offense out-gained Miami’s by a full yard per play in their 40-17 victory on October 9 with Zach Wilson at the helm.

White has thrown for 298 yards per game in 2022 compared to Wilson’s 188, and this bodes well for him in a game where he’ll be incentivized to add to his highlight tape. Take White’s over in this AFC East battle with playoff implications.

The Eagles potentially get Jalen Hurts back from injury this week after a two-game stretch where they lost to the Cowboys and Saints to jeopardize their spot atop the NFC.

Hurts has been limited in practice this week, and our inclination is that Philadelphia will shield the quarterback, who’s been a battering ram for most of the season.

Sanders racked up 144 yards on 17 carries with two touchdowns against the G-Men in mid-December and will be the bell cow again while facing New York’s 28th-ranked run defense. We project a big day for the former Nittany Lion, who will hit free agency this offseason.

We can't resist the cheap -101 price on this one over at Caesars! The rest of the sportsbooks in the US market has it at least -110 or better, so there's plenty of value to be had with Metcalf to stay under this number.

Our projection has Metcalf finishing with receiving yardage in the mid-50s. The Rams' secondary isn't too good as a whole, but Metcalf will have one of the best corners in the game on him in Jalen Ramsey. The former Florida State star should be able to contain Metcalf enough to keep him under this yardage amount.

Metcalf is a stud, but he's stayed under this number in 9 of 16 games this season. He's also stayed Under this amount of receiving yards in 2 of his last 3 games. That's enough for us to invest in the Under. Good luck!