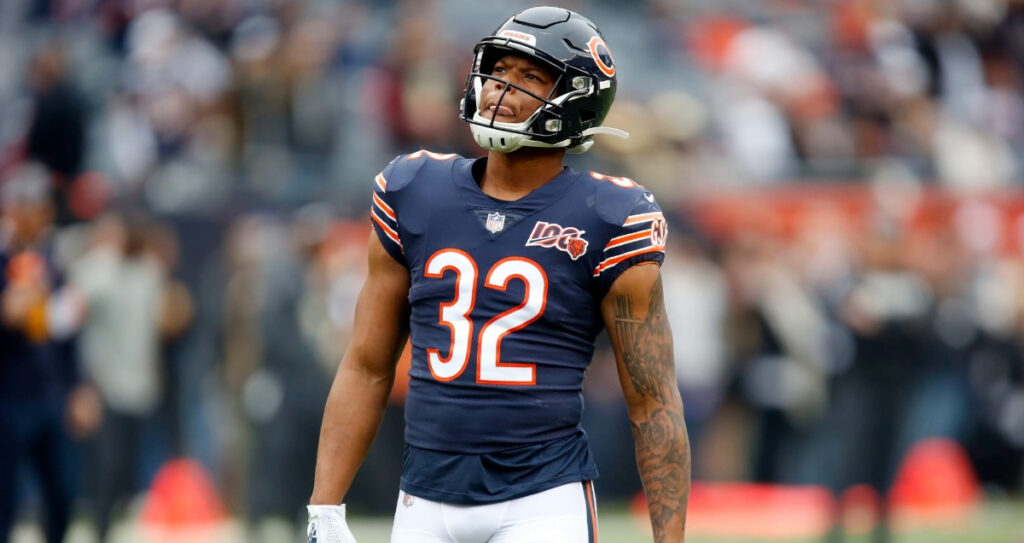 We like David Montgomery to go Over his rushing yardage prop in NFL Week 17.

Our only downer was on Deon Jackson. The backup RB saw little action for the Colts and didn't even come close to going over his rushing yardage. Though a sweep would've been nice, we'll take 2-1 any day!

We're coming down the back stretch of the 2022 season, so it's time to make some money before the playoffs start. Here are 3 PrizePicks props for NFL Week 17.

Montgomery has had kind of a disappointing season, but he's still run for 756 yards and 5 touchdowns so far. Though he's taken a backseat to Justin Fields' running ability, we think Montgomery will do quite well against Detroit on Sunday.

Montgomery has eclipsed this yardage total in 3 of his last 5 games. In 7 career games against the Lions, the former Iowa State star has averaged 65.7 rushing yards per game. Take the Over!

Moore has come to life since Sam Darnold took over the reins as Carolina's starting QB. That said, we're fading Moore this week against Tampa Bay. The Bucs desperately need this game for the division, and their defense will be ready to clamp down in this one.

The Bucs have a pretty solid secondary. They rank 3rd in yards per pass allowed and a respectable 10th in pass defense DVOA. Carolina only ranks 15th and 30th in those categories, respectively.

The matchup could be pretty tough for Moore. Carlton Davis will be on him, and we expect him to jam Moore at the line of scrimmage. That factor alone should throw off the timing and keep Moore under this yardage total.

Mayfield has injected some life into this Rams offense in 2 of the 3 games he's played so far. He threw for 230 yards against both the Raiders and the Broncos. However, Mayfield had a terrible performance sandwiched in between against the Packers.

We love that the Rams are showing some heart, but we think they'll run into a bit of a buzzsaw against the Chargers. The Bolts rank 9th in pass defense DVOA, so they should be able to limit the Rams' receivers in this game.

We also think that the Chargers' pass rush will be able to cause problems against this makeshift Rams offensive line. The Rams are allowing a sack rate of 9.5%, which is 29th in the league. With Mayfield not getting enough time to throw, look for him to stay well under this yardage number.