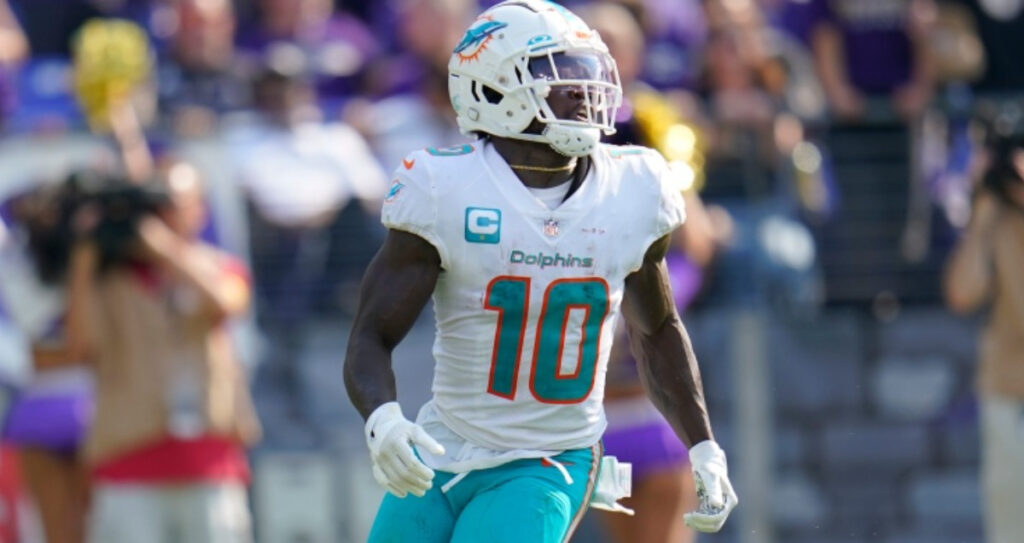 One of our 2 NFL best bets on Christmas Day is on Tyreek Hill and the Dolphins.

Only 3 games are on the betting board for December 25, but we found some value in 2 of them! We'll take a look at the 1 PM EST kickoff between the Packers and the Dolphins. We'll also dive into the Broncos and Rams in the afternoon slate.

Check out our 2 best bets for Christmas Day right here! Let's go 2-0 with these before getting some action down on Sunday Night Football. Best of luck with your wagers!

Is Green Bay back? They won back-to-back games for the 1st time since Weeks 3 and 4. After losing 7 of their previous 8 games, the Packers defeated Chicago on the road before beating the Rams at home last week.

It was a dominating victory where the final score was not indicative of the game. Green Bay led 24-6 before Mayfield hit Higbee with just 26 seconds remaining to cut the lead and final to 24-12.

AJ Dillon scored twice, while Aaron Jones ran for a bruising 90 yards on 17 carries. Romeo Doubs caught 5 balls for 55 yards in his 1st game since his injury. Now they head to Miami for warmer weather and a chance to put together a winning streak.

Miami is in the midst of a 3-game losing streak after dropping last week’s game in the snow in Buffalo. All 3 losses came on the road and against playoff-caliber opponents.

In the 32-29 loss to Buffalo, the Dolphins only went 5 of 14 on 3rd down and never got the passing game going in the way they are accustomed to. Not a shock, with the weather being so rough, but the Bills still put up almost 300 through the air.

As we mentioned, all 3 losses for Miami have come on the road and against top-tier opponents (49ers, Chargers, Bills). We believe they bounce back here and put Green Bay in their place.

We think this one will get ugly as the passing attack will flourish at home in the nicer weather. Tua and the wideouts will be primed for big games, and we will likely play their prop bet markets.

We love that Tyreek Hill came out and blamed himself for the loss against Buffalo. That means we'll get a focused effort from him in this one. Lay the points with the Fish!

The Broncos finally snapped their 5-game losing streak last week and did so without Russell Wilson. Brett Rypien went 21 of 26 for just under 200 yards and a touchdown that evened out his 1 interception.

Latavius Murray took 24 carries for 130 yards and a score in the win. They held the Cardinals to just 73 yards on the ground and 2 of 12 on 3rd down.

They also forced 3 turnovers while giving it back just twice. They look to win back-to-back games for the 1st time since Weeks 2 and 3.

The Rams snapped a 6-game losing streak 2 weeks ago with Mayfield’s arrival and win on Thursday night football over Vegas. Last week, they ran into the Packers in freezing Lambeau and took a loss that resembled the majority of their season.

Aaron Donald was out, and the Packers' offense thrived throughout. Mayfield was pedestrian, as the offense only accumulated 156 total yards.

Wilson is slated to be back for the Broncos, and while that seems like it should be a benefit, we believe it will be more of a hindrance. He just has not been able to gain the respect of the locker room, and his play has not helped that at all.

This game is likely to be an ugly contest, and it seems like Mayfield tends to thrive in those types of games. We are backing him here and believe Wilson will regress once again. This game may get ugly to watch, but we'll take the points with the home dog!