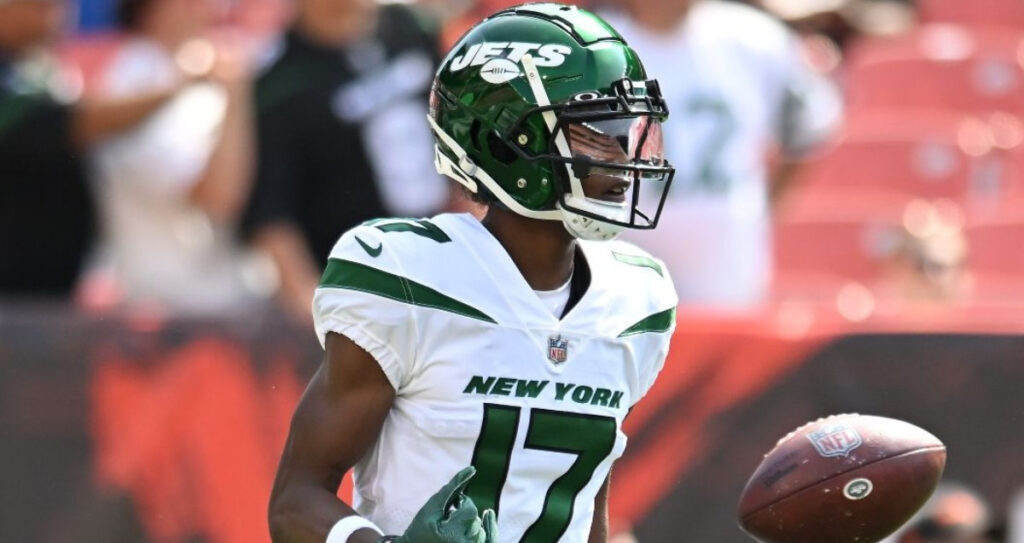 We used our Flex pick on rookie sensation Garrett Wilson for our Week 15 lineup for the FanDuel Sunday Million.

Our FanDuel DFS lineup for Week 14 started strong in the early window of games, with Jared Goff, Tony Pollard, Zonovan Knight, and Pat Freiermuth all outperforming expectations to position ourselves for a second straight payday. Unfortunately, the late slate opened up a trapdoor from underneath our feet, and we finished out of the money with 113.5 points.

Looking ahead to this week’s lineup, we’re focusing on the Sunday afternoon slate, although there are three Saturday games as well. Our Week 15 picks for the FanDuel Sunday Million are presented below. Let's make some cash this week!

Prescott has thrown for 250+ yards in five of seven games since returning from injury on October 23. The former Mississippi State Bulldog has tossed multiple touchdown passes in the same number of games during that stretch.

The Jaguars have allowed the fifth-most passing yards per game in 2022 and haven’t held a team under 200 yards passing since Week 5 against Houston. Prescott will stay hot in this matchup of high-scoring offenses.

Zonovan Knight continues to impress as the lead back in New York. The youngster scored his first touchdown against Buffalo last week en route to his third consecutive double-digit scoring output. He and the Jets get one of the best matchups of their season against Detroit on Sunday.

McKinnon saw double-digit touches for the second straight week and has produced 41.9 fantasy points in those two games. He’s top 10 among running backs in targets, receiving yards, and receiving TDs this season and is hitting his stride in the Chiefs’ offense at the right time.

Both Allen and Jones have had 12+ targets in two of their last three games and have reasserted themselves in their respective teams’ offenses as the season enters the final month. Allen has scored 13+ fantasy points in three straight weeks.

Olave is the clear #1 receiving option in New Orleans against a porous Atlanta secondary. Jones has 43 targets and 308 receiving yards in his last four games. We like this trio to light it up in Week 15.

Everett has accrued the targets, receptions, and receiving yards to bolster his status as a top tight end option from week to week. The downside is that he has just one effort of 10+ fantasy points in his last seven appearances after averaging 10.3 points per game through the first month of the season.

Herbert and the Chargers’ offense seemed to tap into something positive during their win against Miami, and we project that carries over into another 5+ catch performance from Everett in Week 15.

Wilson is averaging 18.3 fantasy points per game in the last three weeks, ranking him third among all pass catchers and in the top 20 of all players during that time. Those three games have translated to a stat line of 19 catches, 335 receiving yards, and two touchdowns for the Ohio State rookie. A date with the Lions should result in another big day for Wilson.

This Carolina Panthers team has won four of seven games and is changing the narrative on their season after a coaching change and trading away some important players. They’ve amassed six takeaways in their last four games and have held opponents to under 300 total yards in three of those matchups. This week’s game against Pittsburgh and their backup quarterback should result in a similar performance for the Carolina defense.