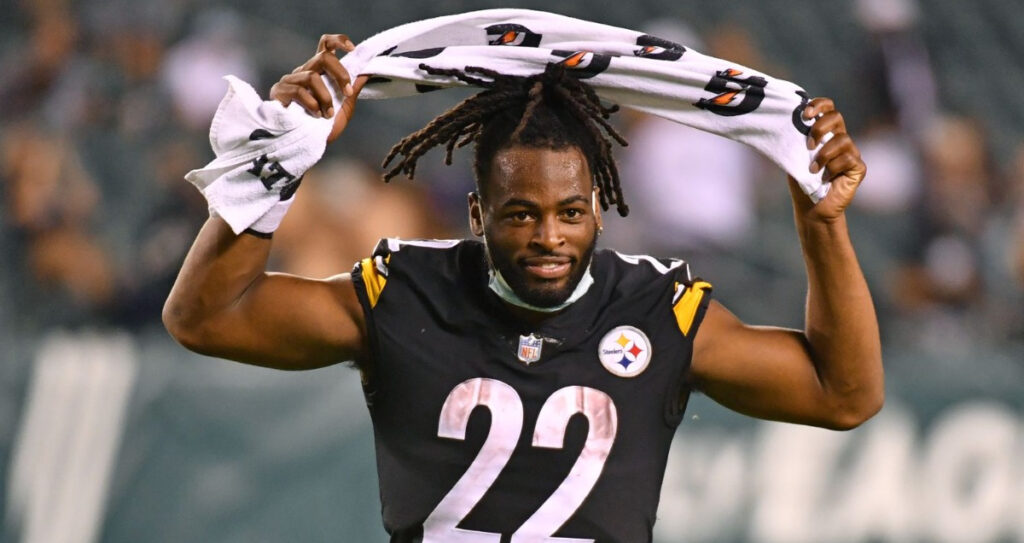 One of our favorite NFL Week 14 PrizePicks props is on Najee Harris to stay Under 63.5 rushing yards.

Happy Tuesday! Our NFL player props had a rough go of it last Sunday, as they finished at 1-2. The Bengals' defense held Patrick Mahomes to just 223 yards, which was well under the 301 we needed to win. Taylor Heinicke also surprised us by throwing for 275 yards, well over the 205.5 we took.

Our only winner was on Lamar Jackson Under 200.5 passing yards. While we were glad that play cashed, we hated seeing Jackson get hurt against the Broncos. Hopefully, the former Louisville star can come back in a week or two.

Want to get some early action down on NFL Week 14? We've got you covered! Here are 3 PrizePicks props we love for this Sunday. Let's find that 3-0 sweep!

Harris had a decent game against the Falcons on Sunday, but he's been banged up all year. We don't see the former Alabama star doing much damage against this Ravens front 7. Baltimore ranks 6th in rush defense (DVOA) and 3rd in yards per rush allowed (3.8).

While Pittsburgh's O-line has played better than some folks expected, they're still very average at generating any consistent type of push. The Steelers rank 15th in rushing offense (DVOA) and 21st in yards per rush gained (4.3).

The season-long and career-long metrics also favor an Under in this spot. Harris is 7-5 to the Under versus this yardage number this season. He's also gone under this yardage in 16 of 29 career games.

Let's fire away on another under, shall we? It's been great seeing Etienne back on the field after missing his entire rookie season with a Lisfranc injury. However, this will be a long day for Etienne against a pretty ferocious Tennesee run defense.

The Titans have the best rush defense in the league, according to DVOA, and they rank 2nd in yards per rush allowed. Meanwhile, the Jags only rank 23rd in rushing DVOA and 6th in yards per rush gained. Look for Jeffrey Simmons and Mario Edwards to spend plenty of time in the Jacksonville backfield in this game.

Goff lit up the Jags for 340 passing yards last week, and we think he can do the same to this putrid Vikings secondary. Minnesota is dead last in the league in yards per pass allowed and 24th in pass defense (DVOA). That tells us that Goff should be able to hook up with Amon-Ra St. Brown on several deep routes.

The Vikings have struggled to contain Goff throughout his career. In 5 career games, Goff has averaged 293 passing yards against Minnesota. There's no reason to think he won't have another huge day against them on Sunday.

Detroit is a good passing team. They rank 11th in passing, according to DVOA, and 8th in yards per pass. Goff is averaging 251.8 passing yards per game this year and 257.2 for his career. Take the Over with confidence!