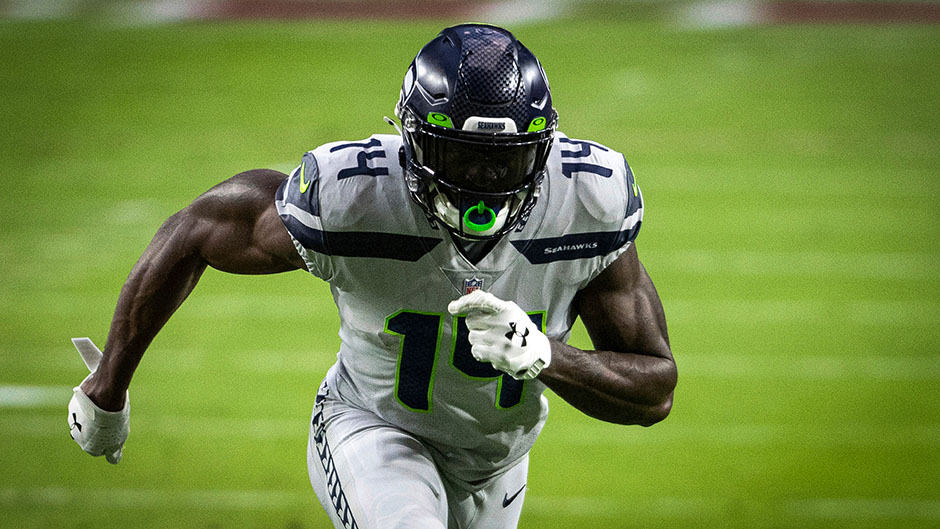 The winner literally becomes an instant millionaire thanks to the $1 million dollar first-place prize. If past contests are any indicator, you may want to jump on this week one opportunity, as the majority of Millionaire Maker contests had a $20 entry fee last season.

Not sure how to set up your NFL team for this contest? Keep reading to get a look at our team for Week One as well as a more in-depth look at the rules of this prestigious contest. Feel free to piggyback on some of our team and trade out positions that you may not agree with.

If you are new to DraftKings, you will want to familiarize yourself with the lineup structure, salary cap rules, and scoring system. Below are some of the more important takeaways with a link to review the full rules and scoring breakdown at DraftKings.

As we mentioned earlier, this is not a recommended lineup, rather some players to target at each position. Because this is a millionaire maker contest, we lean towards players with high upside and low projected ownership. Here are some names to keep an eye on when building your week one DraftKings lineups:

One of our top DFS strategies is to avoid overpaying for the QB position. While acquiring a top-level performer like Patrick Mahomes is nice, it’s a huge hit to your salary cap right off the bat! We chose Mayfield as our QB for Week One for several reasons.

Firstly, Mayfield really turned the corner in his third year as starting QB for the Browns. The former Heisman Trophy winner solved the interception problems that plagued him during his first couple of seasons as a pro. Mayfield threw 26 touchdowns with only eight picks last year and we expect him to have a solid performance in Week One against the Chiefs.

Edwards-Helaire had a decent rookie season in 2020 and should improve this year in Andy Reid’s high-flying offense. The former LSU standout brings a lot to the table both in running and catching the football. Edwards-Helaire had a combined total of 1,100 yards in rushing and receiving in 2020.

A minor disappointment was that Edwards-Helaire only found the end zone a total of five times last season (4 rushing TD’s, 1 receiving TD). Those numbers should improve in 2021.

Paying over $6K for a rookie running back may seem a little steep, but we love Harris in this spot! With Big Ben’s arm looking a bit tired down the stretch last year, expect Mike Tomlin to get back to more of a ground and pound offensive attack.

Harris has the size (6-2, 232) and agility to be a star NFL RB. The former Alabama star can pound the ball up the middle or catch swing passes out of the backfield and turn them into long TD receptions.

Might as well stick with our Alabama theme and take last year’s Heisman winner as one of our receiver picks. We expect second-year Eagles QB Jalen Hurts to make huge strides this season, mainly because he’s got his old buddy to throw to down the field in “Smitty”!

Another reason to like this pick is that Philly is playing Atlanta in Week One. The Falcons were dead last in passing yards allowed per game in 2020 (293.6). Smells like a great opportunity for Smith to make a statement during his first NFL game!

Though many folks may scratch their heads at this pick, we think Green has plenty left in the tank. The change in scenery should do him some good and may rejuvenate his career.

It also doesn’t hurt that Green’s new team (Arizona) is playing against Tennessee in Week One. The Titans’ pass defense was flat-out terrible in 2020 and that shouldn’t change much in 2021. The total in the game is also encouraging, as it’s currently set at 51.5 points.

The most expensive player on our team is DK Metcalf, but he’s well worth it! The former Ole Miss star is pretty much impossible to cover with his 6-4 229 pound frame.

Metcalf had a breakout season in 2020 by putting up 1,303 receiving yards and 10 touchdowns. The Colts aren’t that great against the pass so expect a huge performance from Metcalf in Week One!

We think Pitts is a bit undervalued at only $4,400. Did you see this man-child play last year with the Florida Gators? This guy is 6-6 240 pounds and runs faster than most wideouts!

With Julio Jones moving on to greener pastures in Tennessee, Matt Ryan will target Calvin Ridley and Pitts more often in the passing game. Pitts could start making his Rookie of the Year case right out of the gate in Week One against Philly.

We love using a wideout at the Flex position and Mr. Jones was a natural fit for our lineup! Though he was slowed by injuries in 2020 and only scored three touchdowns, Jones should bounce back nicely for the Titans this season.

“The Jet” has been around for a while but he’s still only 32 years old and will have something to prove in 2021. Defenses also won’t be able to double team Jones because of A.J. Brown.

We love getting the Niners as our Defense / Special Teams for Week One. San Fran is playing against Detroit and we don’t expect much offense from Jared Goff and company.

Oddsmakers aren’t expecting much scoring in this one either. The total is currently at only 45.5 points. This Niners’ defense is finally healthy and should wreak havoc on the Lions in Week One!