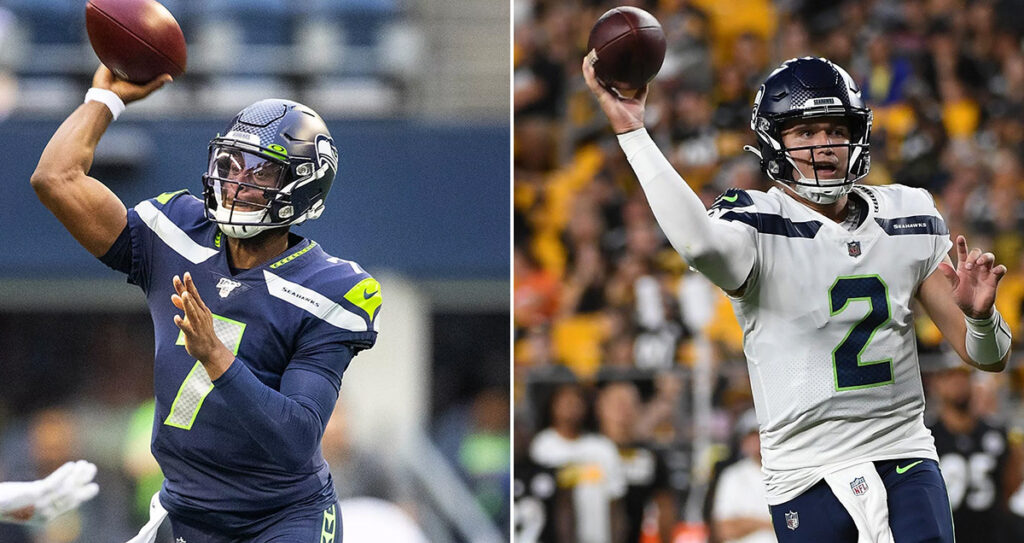 The Seahawks' QB battle continues on Friday, and we think that leads to a Seattle cover.

We are 2 weeks away from the start of the 2022-2023 NFL Season! It is the final dress rehearsal for these teams in Preseason Week 3. We are going to see some desperate final performances from guys fighting for starting positions and others that are fighting just to stay on the roster.

As we always do, we are looking for where we have the edge in these games which will, in turn, give us the most value on our plays.

Coach Pete Carroll stated that Geno Smith will get the starting nod in this one but that Drew Lock will play a large amount of the game. Now, we aren’t saying that Drew Lock is some great QB that has the ability to dominate games, but he will be fighting for the starting spot over Geno. This is likely his last-ditch effort to convince Carroll that he is the man for the job and he will get significant time to do just that.

On the other side, Mike McCarthy announced that his starters will sit this one out as they have all preseason. That means we will get Lock against 2nd and 3rd stringers which he should be able to carve up. That also means that the Seattle defense will get to feast on the same type of opponent.

We normally like to play the 1st half in these preseason games, but that is just due to the fact that that is where we believe we have the edge. In this game, we believe our edge lies in the majority of the game which is why we are playing the full game. If Seattle is to fall behind, the live line on the Seahawks will be a bonus play.

From @NFLNetwork: The #Panthers named QB Baker Mayfield the starter, while the #Giants are in wait-and-see mode for rookie pass-rusher Kayvon Thibodeaux (MCL sprain). pic.twitter.com/rvLmVC5aPQ

Baker Mayfield has been named the starter of his new franchise while Sam Darnold is on the outside looking in. Baker is set to play into the 2nd quarter and will be facing a hodgepodge group of defenses as most starters for the Bills will be enjoying this game from the sidelines. Baker should have little resistance in managing the offense for the majority of the 2nsd half.

Sam Darnold should get a majority of the reps in the 2nd half for the Panthers and has immense familiarity with Matt Rhule’s offense. While he may not have the weapons he is used to when he was in the starting spot, his ability to scramble and extend plays will be an asset in this final “scrimmage”. We expect him to either extend the lead or mount a comeback during his playing time in the 2nd half. Lastly, I wouldn’t sleep on PJ Walker if he is to finish the game. The NFL and USFL journeyman can make things happen with his feet and arm. The same certainly can not be said for the Bills' 3rd stringer Matt Barkley. Honestly, we had no idea he was still in the league and evokes little faith in any type of backing the Bills if he gets significant time.