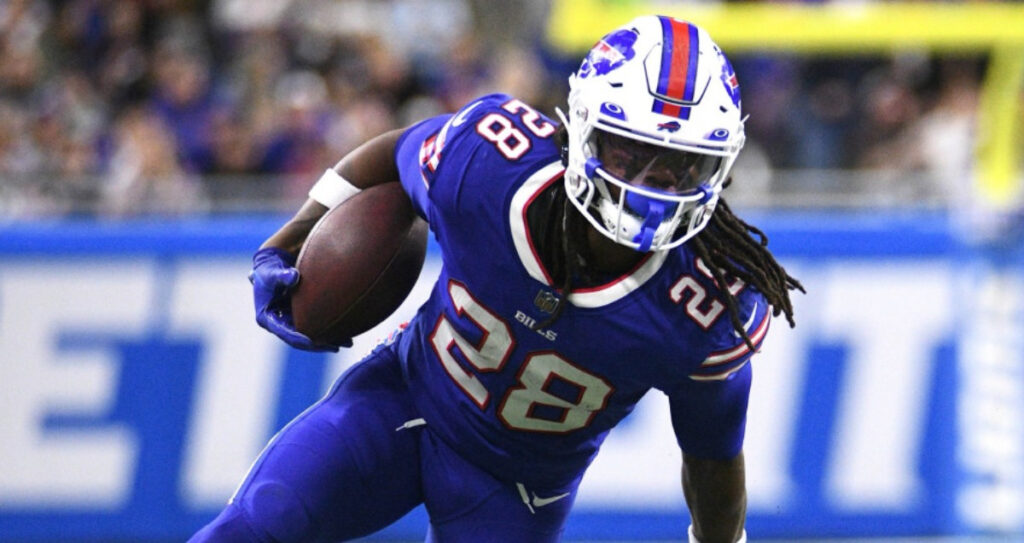 We like James Cook and the Bills as 1 of our NFL best bets on Sunday.

For the NFL Divisional Round, Saturday is the appetizer, and Sunday is the main course! Cincinnati travels to Buffalo for the early tilt, while Dallas heads to San Francisco for the evening matchup.

Here are 2 best bets for Sunday, January 22. Let's make some hay while the sun's still shining. Best of luck with all of your action!

The Bengals had a much tougher time getting by the Ravens last week than most expected. With the Ravens on the goal line, Tyler Huntley tried to reach over for the score when the ball was knocked away, and Sam Hubbard scooped it up and took it 98 yards to the house. That ended up being the deciding score as the final drive for the Ravens ended on a failed 4th and 20 attempts at the Bengals' 27-yard line.

Burrow was not spectacular but solid enough to get the job done. He completed almost 72% of his passes for just over 200 yards and 1 touchdown. He was put on his back 4 times which could be a problem against this Bills pass rush.

The Bills had just as hard a time defeating the Dolphins as the Bengals did the Ravens last week. After a quick 17-0 lead by the Bills, Miami came back and tied it at 17 before Tyler Bass drilled a 29-yard field goal to take the 3-point lead into the half.

A defensive score off a Josh Allen fumble gave the Fins the lead 24-20 before Allen hit Beasley and then Davis for the go-ahead scores. The 3 turnovers they committed last week are something they can ill-afford this week.

The Bengals are the public’s darling, and they are accounting for nearly 70% of the action. However, this line has increased from Bills -3.5 to -5.5.

The oddsmakers are not afraid of public action, and neither are we. We believe the Bills are going to play a much tighter game on offense, and the lack of a run game that the Bengals had last week will carry over here.

Dallas looked great in defeating the Bucs last week. They handled the GOAT, aka Brady, and kept their offense from ever really getting their stuff together. Dak Prescott hit Michael Gallup early in the 2nd half to take a commanding 24-0 lead.

While the final score was 31-14, it was not this close. Brady found Cameron Brate for a late score with just 2 minutes remaining. They held the Bucs to just 52 yards on the ground which led to their pass rush getting the ability to constantly pressure Brady.

Dallas used a balanced attack to gain 425 total yards. Dak finished with 4 touchdown passes and 305 yards and shut the doubters up for at least another week.

This San Fran team has been on an absolute rocket since Week 8. They defeated the Rams 31-14 that week and have not lost the rest of the way. The 11-game win streak is even more impressive when you factor in the fact that Brock Purdy (3rd string) has led them in the last couple of games.

Deebo also missed time during this run but made an impact last week against Seattle. The 41-23 victory included a touchdown by Deebo, who also grabbed 6 balls for 133 yards. Purdy looked like a veteran leading the offense and have them primed for a deep run.

This Niners team seems to be one destined to make the Super Bowl. The way they are getting there is with their defense leading the way.

As good as Dak looked last week, he will not have the same success this week against the top defense in the league. Offensively, the Niners will be able to do enough on the ground and play action to keep the Cowboys' pass rush at bay and be successful.