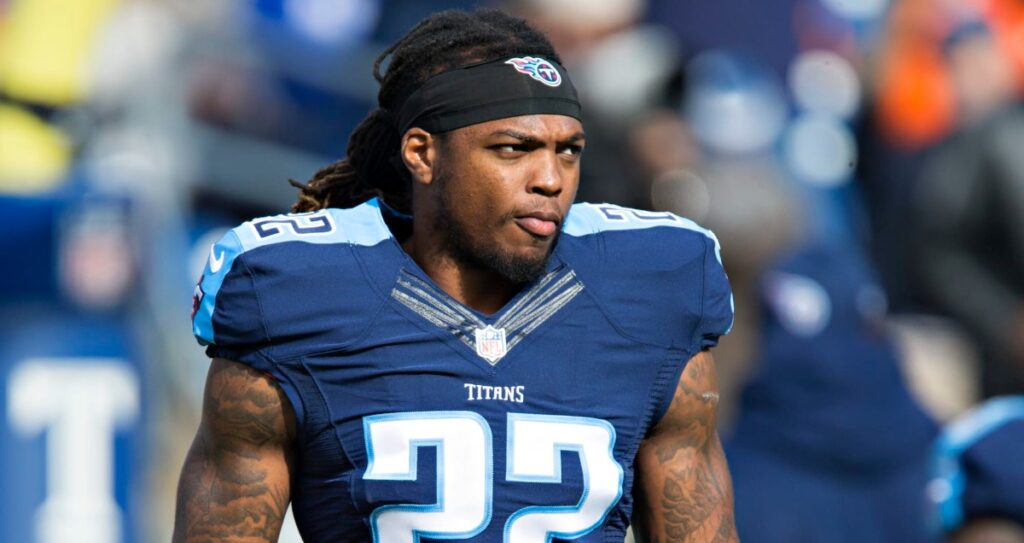 We think Titans RB Derrick Henry has a great chance to win Comeback Player of the Year in 2022-23.
By Bill Christy on July 5, 2022

We gave out our season leader futures recently but now it’s time to look at the season awards for the 2022 upcoming season. We were treated last year to a resurgence by Aaron Rodgers, who was crowned the MVP. Joe Burrow was not only Comeback Player of the Year but also took his team to the Super Bowl, all be it a loss.

TJ Watt and Cooper Kupp both had tremendous seasons and were honored for their outputs with Defensive and Offensive Player of the Year Awards. We can’t remember a combo of offensive and defensive rookies that performed the way that Ja’Marr Chase and Micah Parsons did last year.

That was last year though, so let’s go into our options and who we believe has good value at the numbers we currently have available. Just as we did with our league leader picks, we will remain cautious and use these as fun ways to gain a rooting interest and we encourage all to do the same. Now, let’s dive in!

Offensive Rookie of the Year

Chris Olave was one of the top wideouts in the country over his last 2 seasons at Ohio State. He now comes into a situation where he has a lot going for him. Maybe most notably, he will have two veterans in his wide receivers’ group in Jarvis Landry and Michael Thomas to help him navigate his rookie campaign.

The Saints still have Alvin Kamara, who is a home run threat on every carry, and Jameis Winston back from injury who loves to sling the deep ball. Olave should get a ton of opportunities in his 1st season to make some big noise.

Dameon Pierce may currently be 3rd in the Texans depth chart at running back, but we expect him to get more carries/receptions than Rex Burkhead and potentially Marlon Mack, who are the two older and injury-prone backs ahead of him. At Florida last season, Pierce was running at a 5.7ypc clip. He has the potential to really take advantage of all his opportunities.

Velus Jones Jr enters a wide receiver room that has Darnell Mooney and Byron Pringle at the top spots. Pringle had the top QB in the league throwing to him over the past few seasons at KC and Mooney has not done anything to really turn heads. Velus Jones is likely to see a ton of action with a struggling Bears team that will likely be throwing from behind, more often than not.

Defensive Rookie of the Year

We are loading up with all cornerbacks in our DROY picks here. With the top 2 picks of the draft on the defensive end being edge rushers, we think these sneaky good defensive backs will have big seasons, much like last year’s winner Micah Parsons.

Stingley Jr and Sauce Gardner have little separating them in terms of talent across the board. However, Sauce is going to face an extremely large amount of top talent wideouts during his rookie campaign.

There are 2 ways to look at that: either he is going to have a tough time because of those big names, or he is going to use it to elevate his game and give his look at defensive rookie of the year an even more serious one. We think there is good value in Stingley and Gardner at their respective +1000 odds.

Kaiir Elam will be under the tutelage of Sean McDermott and Leslie Fraizer, who are some of the best defensive minds in the game. Not only that, he will step into a situation where he is not going to face the opposition's best threats and could take advantage of the opportunities that some zone coverage will provide.

Offensive Player of the Year

Henry took home the OPOY award in 2020 when he finished the season with over 2000 yards and 17 touchdowns. Through half the games last season, prior to a season-ending injury, he was near 1000 yards already and was already up to 10 touchdowns.

Who knows what could have been possible? We put him in the Adrian Peterson camp in terms of his ability to rehab and get his body conditioned for his comeback season. We also expect him to come through with that hardware as well.

McCaffery certainly is not the most reliable option due to his stretch of recent injuries. However, if he can remain healthy for the season, he has the potential to put up extremely gaudy numbers.

We throw Justin Jefferson into the mix with the idea of him exceeding his numbers from last year and being motivated by the fact that he was beaten for OROY two years ago and seeing another young wideout take home those honors last season. That said, it is not often that a wideout wins this award and for it to go back-to-back is not very likely.

Comeback Player of the Year

It is almost a given that Henry cashes in on comeback player of the year. The only thing that could hamper Henry's chances is another injury, which seems unlikely with his long history of durability.

Cam Akers is one of my favorite players for 2022. We saw what he was able to do in the playoffs last year after coming off his injury. He will be playing in an offense that will be extremely explosive along with the reigning OPOY in Cooper Kupp. At 12 to 1, we think Akers is worth a small play for Comeback Player of the Year!

Herbert increased his numbers across the board from 2020 to 2021. We expect that trend to continue with the exception of one. He went from tossing 10 interceptions in 2020 to 15 last year.

This will be a point of focus for Herbert and the Chargers' offense in 2022. If he cuts those numbers down, we think this Chargers team could be in for a huge year and Herbert will be leading that charge.

Carr has been strong throughout his career but has never had a weapon as special as Davante Adams. Teammates in college, these two could put up numbers the Raiders have never seen. And what a story it would be if the MVP from 2021 and 2022 had the same #1 target!