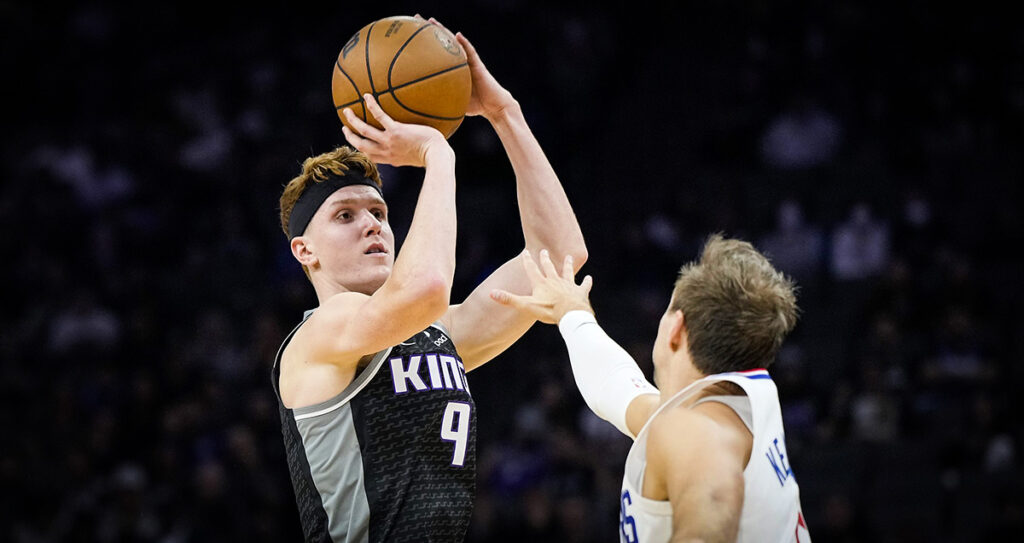 We expect Huerter to stay hot and go over his points prop against the Celtics on Friday.

The Black Friday NBA slate is loaded with marquee matchups and an entertaining NBA TV doubleheader that tips off with the Pelicans at the Grizzlies at 8:00 PM, followed by the Nuggets at the Clippers at 10:30.

In total, we have 14 games on tonight's slate, which means there is no shortage of player props to choose from. Our staff has gone through every game on this slate to identify our favorite prop bets for tonight.

Washington has exceeded this total just 3 times in his last 8 games. He faces the Timberwolves tonight where Karl Anthony-Towns will likely get the assignment to guard him. KAT is a mobile big that will make it tough for Washington to get many good looks from deep where he likes to do most of his damage.

Huerter is averaging 16.5 points per game on the season. He has also gone over this total in 6 of his last 8 games. This total is over 235 for the game so there should be significant scoring that we believe Huerter will be significantly involved in.

Smith is averaging 7.5 boards per game but don’t let the average fool you, his play has been anything but consistent. He has had rebounding games of 18 and 3 within a 5-game span. His playing time is as erratic as his stat lines so we like our spot here on the under. If you plan on fading, I would suggest going with the greater odds of a double-double as he has reached that in 3 of his 4 games in which he got 10 or more boards.

Dejounte is averaging over 7 assists per game on the season. That said, he has had issues as of late maintaining that average. In fact, he has not gone over 6 assists in 5 straight games. We like this to continue on the road here in a game that should be a blowout.

Ja has been dishing dimes at a 7 per game clip this season. He has gone over 5 in 7 of his last 9 games. However, one of those 2 where he failed to go over 5 was against this Pelicans team. Like Ja, Adams struggled to go over his number against the Pelicans in his last meeting. He finished with just 5 rebounds having played on 13 minutes. He is coming off back-to-back double-digit rebounding performances and here he will have a good shot at making that 3 in a row.

Tracking the Sportsbook with the Best NBA Props Odds

We provide the best available number with all of our NBA props picks. This allows us to track which sportsbooks offer the best odds throughout the NBA season.

DraftKings Sportsbook continues to dominate here, but BetRivers Sportsbook has really closed the gap over the past week.

Looking at the odds for Friday's slate, DraftKings has once again claimed the title with the best odds for 3 of our 5 best bets. In addition to offering NBA props at relatively low juice, they also offer more props than any other operator.

If you are looking to shop odds, DraftKings, BetRivers, and FanDuel stand out as three sportsbooks that are available in most markets and offer competitive odds across the majority of NBA player props.