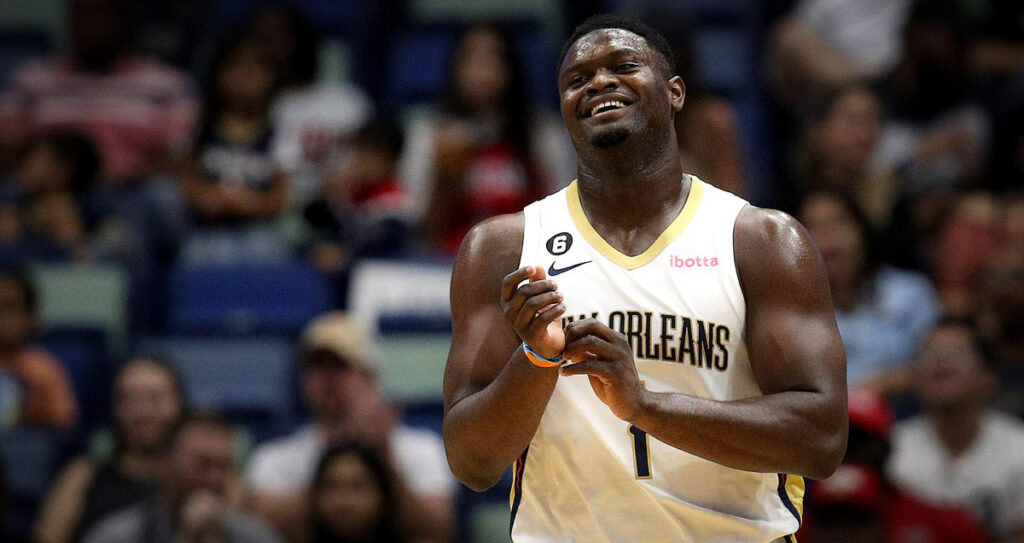 Zion makes his debut tonight, but our team expects him to stay under one critical player prop.

NBA basketball is officially back! There have been a lot of off-season trades, which has led to lots of speculation. Is it the Timberwolves' year? Are the Lakers toast?

Either way, it’s about time that we start betting on NBA props again. Check out our favorite player props for Wednesday night's 12-game slate and get your NBA season off to a 🔥 start!

In the 2021-2022 NBA season, Booker averaged just over this number, 4.7 assists per game. In thought to be a high-flying, scoring-filled matchup against the Mavericks tonight, look for Booker to garner over 5 assists in this game. Chris Paul, Deandre Ayton, and Jae Crowder will all be hungry for the ball, and I expect Booker to be dishing the ball to them all night.

This is more of a ‘Why not?’ bet than anything. This +140 bet provides immense value to Doncic, especially when he’s going to be playing tough in this grudge match vs. the Suns. While Doncic only averaged .6 blocks per game last season, I expect him to get one tonight. The value is just too good to pass up.

Gobert has his season debut with the Minnesota Timberwolves tonight. After trading the farm and then some for Gobert, Minnesota is expecting big things out of Gobert. While this number of 29.5 may seem high, we’re projecting him to start the season strong, especially against an Oklahoma City Thunder squad that seems less than motivated, at least as it currently sits.

Williamson has certainly faced his share of scrutiny throughout his short time in the NBA. While once touted as a can’t miss prospect, Zion has been playing closer to a bust candidate than a perennial all-star. With all that being said, we love the value of +100 with this prop. The Pelicans play the Nets tonight, a matchup that doesn’t favor Zion, as he’ll likely draw Kevin Durant as a defensive matchup.

After an impressive rookie year in the 2021-2022 season, Giddey will look to build on that success tonight. He averaged 14.2 Rebounds and Assists last year, and we’re expecting another big game from him tonight. With the anticipation that the Timberwolves will have a strong hold on this game, look for Giddey to have some garbage-time rebounds and assists.

Since entering the league in 2016, Jokic has certainly made his presence known. Between his shooting prowess, rebounding excellence, and precision passing, it’s no wonder why he’s always near the top of the list when it comes to MVP voting. With all of that being said, 48.5 is simply too high of a number for this prop, especially in the first game of the season. We would have expected this number to be closer to 43.5 for a season opener, which is why the under seems to be the play for this evening.