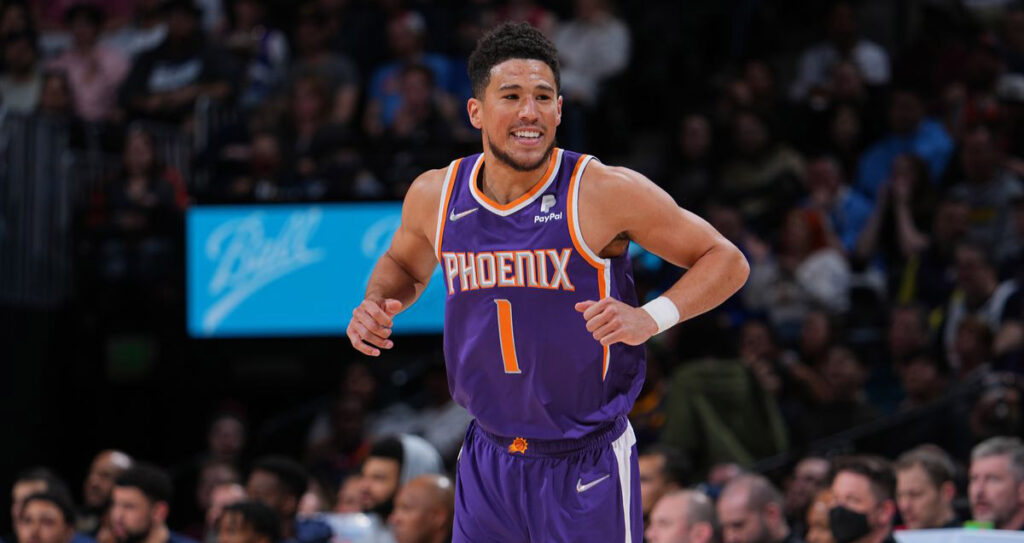 We like Booker to go over his 3-pointers made and steals props in our same game parlay pick for Wednesday.

We have a 10-game NBA slate to look forward to on Wednesday night. Tonight's ESPN doubleheader tips off with the Celtics at the Hawks followed by the Warriors at the Suns. Our staff has analyzed the available player props from all 10 games to identify our 5 best bets for the night including one same game parlay from the Warriors/Suns matchup.

Gobert is averaging 14 points per game on the season and has gone for 15, 15, and 25 points in his last 3 games. His previous 3 to those were just 7, 7, and 9. We expect his total to be low tonight and get his recent scoring back towards his average. He faces the Magic tonight who are in the top half of the league in points allowed in the paint this season. Rudy does not stretch the defense and will only get scoring on the insides.

LaMelo is playing in just his 3rd game since returning from injury. He dropped 5 against the Heat and then 17 on the Magic on Monday night. Tonight, he faces the Pacers who held him to just 12 points in the preseason. The Pacers have been stingy in allowing points to opposing PGs and will do that again here.

Mitchell is averaging 4.7 boards per game on the season and is coming off a 10-rebound game against the Warriors. He also collected 5 boards in 2 of his previous 3 games. The Bucks, who Mitchell faces tonight, are allowing the most rebounds to opposing teams in the NBA. We believe Mitchell gets at least 5 boards here.

Jalen is averaging 3 made threes per game this season. He is shooting well this month at 40.7% from beyond the arc. However, he has the Mavericks tonight who are allowing the least made threes to opponents. We believe Green’s ceiling for this one will be just 2.

Booker is averaging 1 steal per game on the year and has gotten at least 1 in 6 straight games. He is coming off a 3-steal night at Miami last night. As for his deep ball shooting, Booker has knocked down at least 2 threes in 6 of his last 7 games. The long game in which he failed to get 2, was against the 76ers in which he had just 1 attempt.

BetRivers Sportsbook continues to improve as we track the sportsbooks offering the best odds on player props. For the first several weeks of the NBA season, DraftKings dominated the best odds race. However, BetRivers has steadily closed the gap.

Tonight, BetRivers and FanDuel tied, each offering the best odds for two of our prop picks. DraftKings failed to make the list for the first time, however, they did have the best odds on our same game parlay pick.