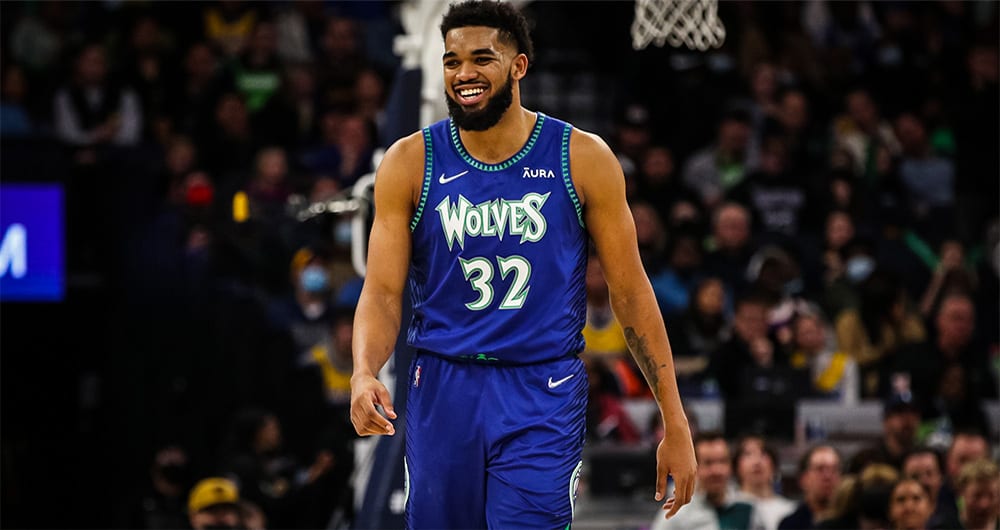 Throughout this article, we are going to take a look at our NBA player prop best bets for Friday’s NBA games. There are 10 games on the schedule Friday, so there is no shortage of options for bettors to choose from. The NBA TV double-header includes the Knicks at the Grizzlies, followed by the Wizards at the Lakers.

As always, each pick includes the sportsbook with the best odds for that particular wager. Players in non-betting states can find the majority of these props on prop betting apps like Underdog Fantasy and PrizePicks.

The first player prop that I'm going to go with is for Karl Anthony Towns to have over 1.5 threes. Orlando is in the bottom 10 in terms of three-pointers given up per game as they give up 13 per game. This is a great game for Karl Anthony Towns to go out there and show off his range against a below-average Magic defense. I'm also going to sprinkle some money on Karl Anthony Towns to have over 22.5 points as well in this one. He has done a great job of being able to score the basketball this season as he is currently averaging 24.6 points per game while shooting over 50% from the field and 40% from 3-point range.

After cashing a Tatum over points prop in each of his last two games, we are going to ride this one again and I'd say my favorite bet of the night is going to be Jayson Tatum to have over 28.5 points. Tatum less had a 50-point game less than a week ago, is averaging over 42 points in his last 4, and I fully expect him to continue doing that on Friday against a below-average Detroit Pistons defense.

The Detroit Pistons have not only been one of the worst teams in the NBA this season, but they have been one of the worst defensive teams in the NBA this season. I fully expect that trend to continue because this team is going to have no answer to stop a guy as talented as scoring the basketball as Jayson Tatum. On the season, Tatum is averaging 26.5 points per game while shooting 43% from the field. He has gone on some incredible scoring streaks throughout the season, including his most recent one where he's scoring nearly 30 points per game in most of his last 10 games.

Another player I like to go over his points total on Friday night is Reggie Jackson. Jackson's points prop for tonight currently sits at 19.5 points. The Los Angeles Clippers are going to be going up against the Atlanta Hawks, who are one of the worst defensive teams in the NBA in terms of perimeter and guard defense. Los Angeles will be able to attack Trae Young for most of the night and that should mean Jackson is going to be able to get anything that he wants.

Reggie Jackson has proven this season that when he has to carry a team just like he is right now with the Clippers, he can get the job done. On the season, Jackson is averaging 17 PPG, but has averaged 21 PPG over his last 6 and should continue that hot streak in a favorable matchup tonight.

My favorite final play of the night is going to be Cameron Johnson to have over 2.5 threes. The Toronto Raptors are one of the better defensive teams in the NBA this season as they have been in the middle of the pack in terms of 3-pointers given up per game this year. However, considering that Chris Paul is not going to be out there due to injury, I fully expect Cameron Johnson to continue this three-point shooting streak that he currently has and be able to hit at least three in this game.

Cam Johnson has arguably been the best 3-point shooter in the NBA this season as he is shooting over 44% from 3-point range and has done so while taking pretty much at least five per game. With even more opportunities to take more shots because of Chris Paul's injury, he was able to go out there during the previous week and lit the New York Knicks up with nine three-pointers. Over his past 6 games, Johnson is averaging 4.5 made 3 pointers per game and should get at least 3 tonight.