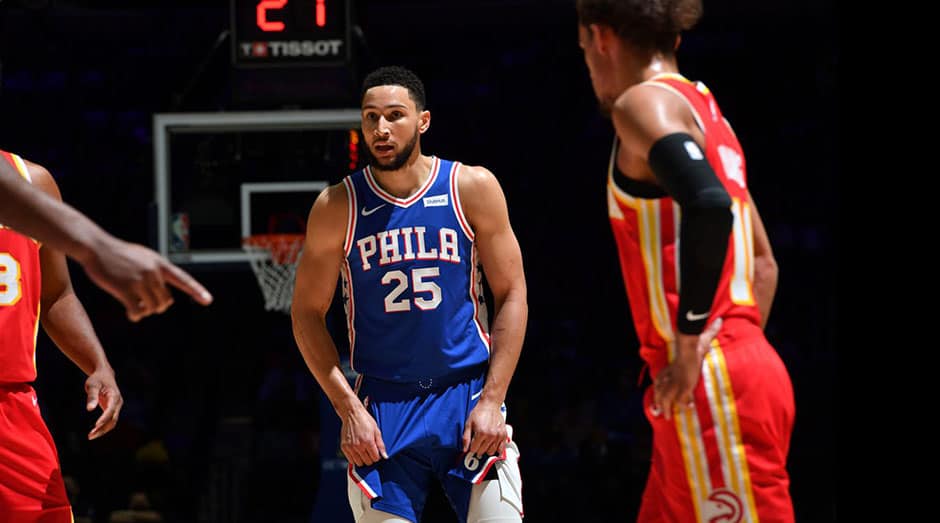 Two of the top teams in the Western Conference go head to head on Tuesday as the LA Clippers travel to Utah to face the Jazz in game one of this round two matchup. Many sharp bettors believe that the winner of this series should be the favorite to come out of the West, so the stakes are extremely high.

In the early game of the day, the Philadelphia 76ers get a second stab at the Atlanta Hawks on home court in which should be a high-scoring slugfest. As a reminder, you can shop the latest odds to find the best line under each breakdown.

If your team wins. Tonight only at DraftKings.

Philly was sleepwalking through the first half of game one resulting in Trae Young scoring 25 in just two quarters. Doc Rivers decided to put Danny Green on Young to start the game and by the time he made adjustments, the game got out of hand. We believe that in the second match we will see more Ben Simmons on Trae and the size, speed, and defensive quality of the DPOY runner-up should be enough to slow Young down.

We’ve seen Philly rolling out full-court pressure in the final five minutes of the first game outscoring Atlanta 25-12. The Sixers also forced four turnovers during this stretch and while you cannot expect a team to run full-court defense through an entire game, it is fair to hope for Philly to use their strength and size on the defensive end as they are the more physically dominant team of the two.

Atlanta’s bench outscored the Sixers in the first game 34 to 24, we are so we are expecting some changes to the rotation with possibly Harris or Green getting some minutes with the second unit. The Hawks on the other end could get extra help from De'Andre Hunter, who missed game 1 due to injury management. Hunter was the second-best guard for the Hawks this year averaging 15 points, 5 rebounds, and 2 assists on 48% shooting.

In the first game, more than half of Atlanta’s shots came from three-point range (53%) and the Hawks made 42.6% of these opportunities. That is a high number going up against a perimeter defense in Philly’s that ranked in the top 10 in field goal percentage allowed through the entire season.

We are expecting Philly to use Ben Simmons more efficiently on the defensive end in game 2 and to have more success slowing down the Atlanta offense. Give us Philadelphia to win and cover this one!

The matchup between Utah and the LA Clippers should be everything basketball fans are dreaming of. Both teams are in the top 10 of the league in points scored per 100 possessions and in the top 5 of the league in effective field goal percentage. Additionally, Utah and LA are also both top 15 rebounding teams and they are amongst the elite squads of the league in free throw rate as well.

Rest is often overlooked by NBA bettors, especially in the playoffs. Players rarely get more than one, maybe two days off, but the Utah Jazz finished their series in just 5 games and will enjoy five full days off before this game, while the Clippers will be playing on just one day of rest after their game 7 win.

Kawhi Leonard and Paul George have both played over 40 minutes in 6 of 7 and 5 of 7 games respectively, which is an extremely high load for players averaging 33-34 minutes normally. The Jazz will be without a doubt the more rested squad in game one.

Who brings the better game plan?

Utah won the regular-season series 2-1 between the two teams, but this time the Clippers should be a bit more healthy and better prepared. The game plan the Clippers used against the Dallas zone defense in round one could theoretically work against Utah as well and the Jazz could be picked apart from the outside if Gobert is not willing to leave the paint.

On the LA side, Paul George will need to step it up for round two. George made multiple boneheaded mistakes in the first series and his shooting was sub-par in the final few games of the matchup. We are also expecting to see plenty more of Ivica Zubac in this series. The young big man was bullied around by Luka Doncic in the first series, but he should face a matchup where he is overall more comfortable and his strength will be much needed against the Jazz.

Everything about this series tells us that it is going all the way to seven games. We are picking the Jazz to advance, but the scores should tighten up as the series moves along and the rest disparity between the two squads disappears. In the first game, we have to roll with Utah. Five days of rest plus home court is just too much to give for such a physical team that knows how to control the boards.

Give us the home squad in Utah, we are laying the points expecting them to cover!