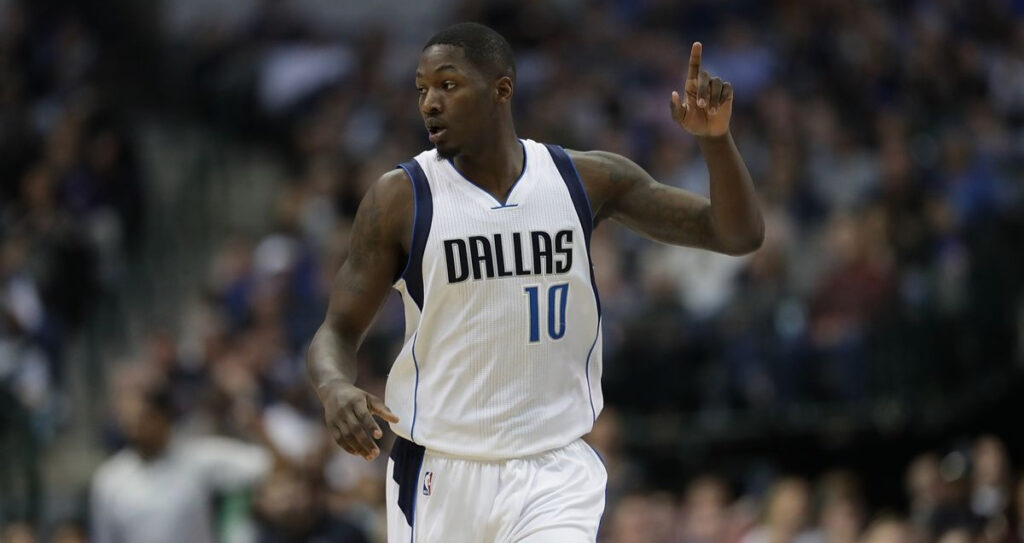 We like Dorian Finney-Smith to go Over 1.5 made three-pointers tonight against the Pistons.

Our NBA PrizePicks props are starting to heat up again as we've won 4 out of our last 5 bets. Last night's picks went 2-1. Devin Booker may have gone off for 51 points but he stayed Under 5.5 rebounds for us.

De'Aaron Fox just barely squeaked out a win for us as he went over his assists prop by a half! Our only loser was on Donovan Mitchell, who didn't come close to going over his point total against the 76ers. It was surprising that he only played 26 minutes, which definitely hurt our case for the 3-0 sweep.

There's only 1 game on the NBA betting board tonight but we were still able to find a couple of investable opportunities. Here are 2 NBA props for Thursday's Mavericks at Pistons matchup. Let's stay hot everybody!

Doncic cashed a rebounding prop for us on Tuesday and we're going to ride him again but in the scoring department. The 6-7 230 pounder is averaging a career-high in both points (33.5) and minutes played (37.4) per game this season. As you can see by the numbers, Luka is averaging almost 1 point per minute that he's on the floor, which is purely insane when you think about it.

A few trends support an Over in this spot. Doncic has gone Over this point total in 14 of 19 games this year. He's also in fine current form, as he's gone over this number in 5 of his last 8 contests. Both of those are pretty strong stats.

Also, it's not like we have to worry about Detroit's defense shutting down Luka. The Pistons rank an awful 28th in defensive efficiency and 29th in points allowed. It wouldn't surprise us in the least if Luka drops 41 points on Detroit just like he did on Golden State on Tuesday night.

Just one look at the betting market shows clear value in this Over. FanDuel, PointsBet, Unibet, and BetRivers all price this a full point higher than PrizePicks. DraftKings and BetMGM are using the same number as PrizePicks but they're juicing the Over at -135 and -125 respectively.

Dorian Finney-Smith OVER 1.5 Made Three-Pointers

Finney-Smith stayed Under his point total for us on Tuesday, but we're going to play him in a different capacity tonight against the Pistons. The former Florida Gator can shoot the rock well from downtown as he's averaging 1.8 made three-pointers per game this season.

The 6-7 220 pounder shot the ball even better last season, as he made 2.2 three-pointers per game. We're expecting Finney-Smith to find his shooting form as the year goes on and it could start tonight against Detroit.

The Pistons rank 24th in effective field goal percentage allowed (55.1). This means that Finney-Smith should have more than a few open looks from beyond the arc. He's made at least 2 three-pointers in 3 out of his last 4 games so we'll ride the Over.