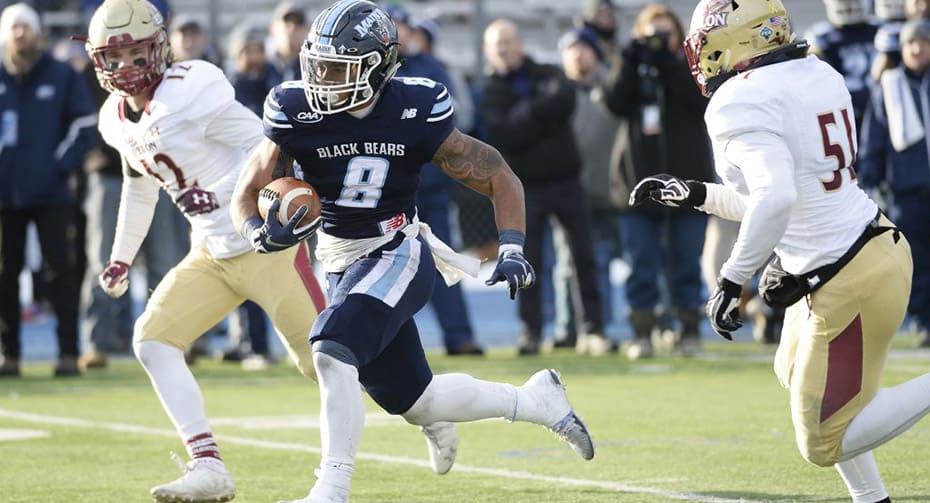 LD 1352 is heading to Governor Janet Mills’s table after getting approved by the senate. The bill survived three chamber votes and got approved at 12:30 am Friday. The Senate concurred via voice vote, after failing to approve an amended version of the bill just a day earlier. This will be the second time the Senate sends the decision to legalize sports betting to the governor.

The newly updated bill allows mobile & online wagering through the state, but it requires sports betting sites to get tethered to existing land-based gaming facilities. The latest amendment prohibits sportsbook operators from offering wagers on certain prop markets. These markets include different injuries and penalties across various sports. Betting on the outcome of live replay reviews and player disciplinary rulings will also not be allowed either.

Luchini Opposing His Own Bill

It is not every day that we see a bill getting killed by its sponsor. Senator Louis Luchini attempted just that on Thursday when he asked his fellow senators not to vote for the amendments. Luchini attempted to torpedo the bill as the amended version of LD 1352 included tethering requirements for online sportsbooks.

Luchini is opposed to the bill requiring digital platforms to be tethered to a traditional, offline casino. His main argument was that the tethering requirement is driven by the casino industry and that it is anti-competitive. The bill in its current version would make the handful of land-based casinos the gatekeepers of online sportsbook operators.

Operators and members of the governor’s office were both surprised at Luchini’s maneuver, but despite the senator speaking out against his bill it wasn’t enough to stop it from moving forward. The Maine Senate passed the amended version of LD 1352 with 23 members supporting it and 12 voting against it. The bill is now sent to the House waiting for a vote there.

LD 1352 would allow for online and mobile wagering in the entire state of Maine. The tax rates differ for offline and digital sports betting and are currently set at 10% and 15% with online betting having the higher tax rate.

The senate also passed the bill SB 587, which will allow three different bidders to get approved for advance deposit wagering. Senator Luchini asked his supporters to veto that bill as well.

When Senator Luchini originally filed the bill, it didn’t include the tethering requirements. These got added via last-minute amendments after a hearing in the Veterans and Legal Affairs Committee.

Online sportsbook giants DraftKings and FanDuel did not oppose the tethering aspect of the bill, so it seems like Luchini’s attack wasn’t about something the biggest stakeholders couldn’t live with. Interestingly, in 2020 Governor Janet Mills vetoed a version of the bill that allowed online & mobile platforms without tethering.

In its current version, the bill will allow mobile wagering tethered to various offline gambling facilities. The list of facilities includes not just the state’s two casinos, but multiple OTB (off-track betting) establishments and a racetrack as well.

Potentially five federally recognized tribes could be added to this list, but these tribes do not have Class III gaming as part of their compacts. Along with LD 1352, another bill was passed that seeks to allow these five tribes to offer Class III gaming.

The neighboring New Hampshire already legalized sports betting back in 2019, but there is only one mobile platform that is operating in the state and that is run by industry giant DraftKings. With the Maine bill passing lawmakers don’t have to fear for potential sports betting taxes leaving the state, especially as Maine is looking to allow a maximum of 13 sportsbooks to operate within the state.

Governor Janet Mills has multiple options when it comes to the bill. When the legislature is in session, the governor has 10 days to either sign or veto the bill. If neither happens, the bill automatically becomes law after ten days. If the legislature adjourns for the year, the bill won't become law.

Also, if the legislature reassembles for a special session discussing the given bill, the governor must veto it by day four or the bill becomes law.

The legislature is currently in its first special session of the year and they will likely return for a second special session to finish budgeting and determining the allocation of federal Covid-19 relief funds.