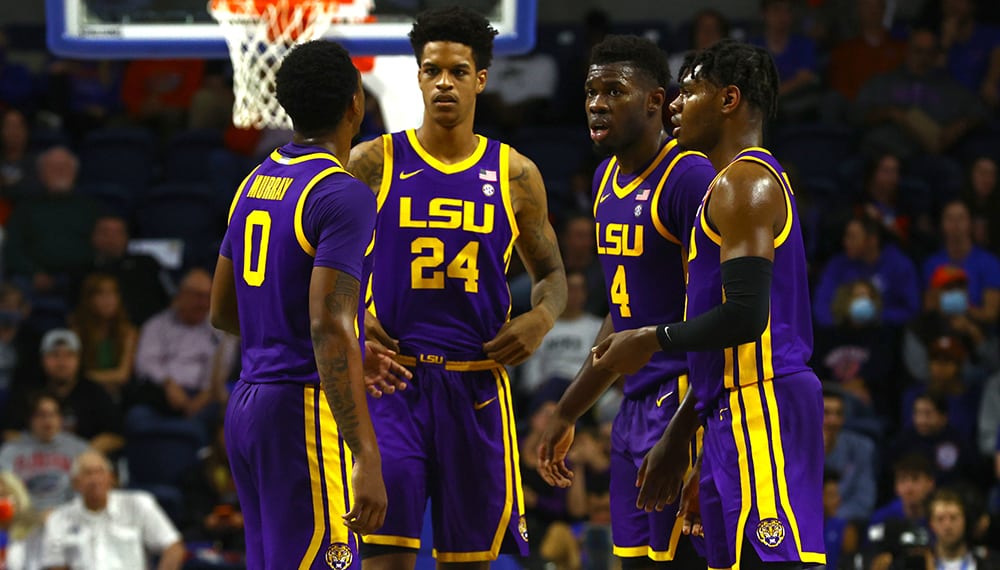 The #13 team in the country, the LSU Tigers, will take on rival Alabama in a classic SEC battle on Wednesday night. LSU could potentially be without Xavier Pinson as he is questionable with a knee injury. Pinson had been averaging 10.9 points, 3.1 boards, and 4.7 assists for the Tigers so his absence will surely be felt.

The Tigers will come into this contest with a 15-2 record including 3-2 within the SEC. The Tide are sitting at 11-6 and 2-3 in the conference through the first half of the season and are on a current three-game losing streak.

The Tide have their own one-two punch in the form of one of the best backcourts in the country. Jaden Shackelford and Jahvon Quinerly are streaky but can go off at any given moment of any game. Together they combine to average 31 points per game and typically do so in a flashy fashion. They will need to be more focused on consistency in this matchup with an LSU team that has the top-ranked adjusted defense efficiency in the country.

LSU Will Look to Set the Tone

The LSU Tigers will want to set the tone for the game early on the road in Alabama. They are one of the best teams in the country in forcing their opponents into turning the ball over and will need to do just that from the tip. If they allow Alabama to run their up-tempo sets and get the crowd into the game early, the Tigers will have a hard time controlling the game.

In their latest game, a 65-58 loss at home to Arkansas, LSU was outrebounded 41-31 overall and only grabbed 11 offensive rebounds to the Razorbacks’ 13. They shot a weak 38.2% from the field and turned the ball over 16 times. Darius Days was only able to put three points on the board while shooting just 1-8 from the field. Tari Eason was not himself either, scoring just 13 points and committing 3 turnovers to his 2 assists.

If the Tigers hope to grab this win on the road, they will need a much stronger effort than they displayed on Saturday against Arkansas.

The Tide faithful, after watching their football team lose to rival Georgia in the College Football Playoff title game, thought that the basketball team would provide some excitement. However, they have done anything but that. A home loss to #4 Auburn was sandwiched between road losses to Missouri and Mississippi State. The Tide are looking awfully skittish early in SEC play.

In the 78-76 loss to Mississippi State, they were dominated on the glass. The Tide was outrebounded 43-32 and gave up 18 offensive rebounds. The good news for the Tide is that LSU is not as good as Mississippi State on the offensive glass but they are not too far off. Shackelford and Quinerly combined for just 21 points on 7-21 shooting and committed 5 turnovers to their 3 assists.

This team goes as their backcourt goes and lately, they have been a shell of themselves. They will need to get confidence back on Wednesday night or LSU will roll right on through the Tide.

Talk about two teams moving in opposite directions this season, the key betting trends could not be further apart heading into this Wednesday night SEC showdown:

The spread (LSU +2.5) here does worry me a bit as I feel that LSU is a superior team at this point in the season. However, I can not come to terms with playing Alabama here. They have been awful lately and have been particularly bad both against ranked teams and coming off a loss. They are just 1-4 ATS following a loss this season and I see that trend continuing here.

LSU, on the other hand, followed up their previous loss to Auburn by beating #16 Kentucky 65-60 as a short favorite. I see LSU coming to Tuscaloosa on a mission and forcing the recently shaky backcourt of the Tide into numerous turnovers.

On paper, both of these teams’ strengths looks to be on the defensive side of things. However, both teams can be sneaky good on offense. Both hit the offensive glass well and that will lead to easy putback opportunities and the pace at which both offenses plays ranks them inside the top 25 in the country. LSU typically takes just 15.7 seconds to get a shot off and Alabama just 15.3 seconds. This one should be a fun up-tempo game and I believe the Tigers get the job done on the road 78-75. GEAUX TIGERS!