Live Odds and Best Bets for the Final Four 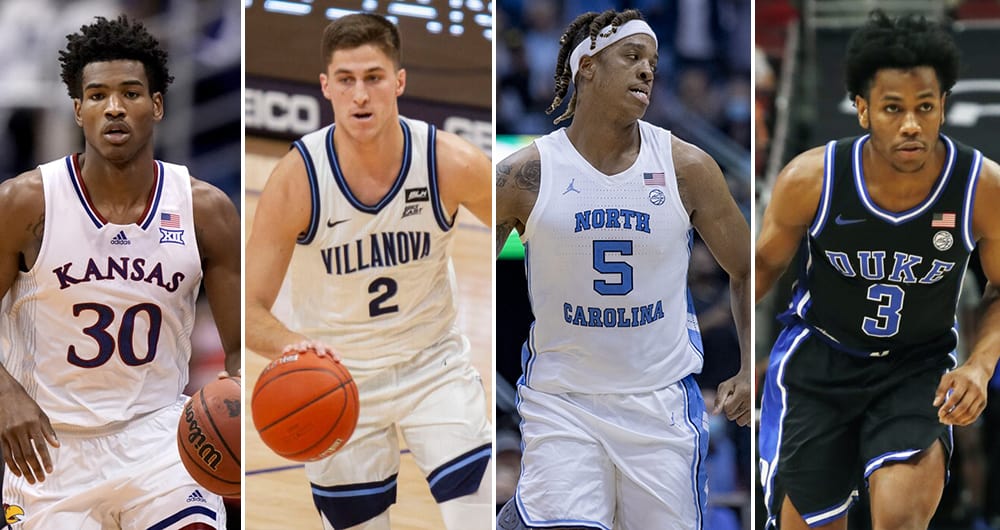 We are down to the Final Four teams from what has been an entertaining tournament that has had a bit of everything this year. Although we are left with 4 of the most storied programs in the past 10-15 years, one is looking to tie history as the highest seed to win the tournament.

North Carolina as an 8 seed could match what a fellow Final Four school has already done. In 1985, Villanova shocked the world winning the national title over Georgetown as an 8 seed. What a storyline that would be if these two teams advance to the final.

Speaking of storylines, we have a Hollywood movie writing itself with the final meeting between Duke and UNC in the Coach K era here at the Final Four. The season series was split, but oddsmakers have deemed Duke the solid favorite here in the rubber match. We have the same line for both games, as Villanova is a 4.5 point dog to Kansas due in part to the loss of Justin Moore to an Achilles tear.

Kansas has been arguably the most consistent team in the tournament. Remy Martin has elevated his game to a higher level than he had at Arizona State when Player of the Year was being mentioned with his name. Ochai Agbaji followed up a tough outing against Providence with a bi 18 point, 5 boards, 4 assists, and 4 steals game against Miami. Kansas dominated the 2nd half against Miami and made quick work of evaporating a 6-point halftime deficit.

Justin Moore’s injury has been the majority of the talk in regards to Villanova. I may be in the minority, but I believe the loss of Moore will not be as big of a loss as many expect. Moore had been forcing action more than normal in the tournament and at times caused the Villanova system to get off kilter.

I believe the win over Houston was the most impressive win of any team, maybe outside of Duke’s win over Texas Tech, in the tournament. Houston’s defense was able to hold Villanova to just 50 points but the Cats countered by holding the Cougars to just 44. This Nova team has the ability to be chameleon-like with their ability to change the way they play in order to secure wins.

Here are some of the notable betting trends for these two teams ahead of their Final Four matchup:

The loss of Moore will be felt a bit in this one. However, I believe this will just give Colin Gillespie more of a green light to run the offensive attack. As good as Remy Martin has been throughout the tournament, I believe he is going to struggle in this matchup. The guard play overall, from Nova, is going to frustrate Martin when he is trying to get in an offensive groove.

I expect Gillespie to take Martin down in the post early and often in this game. If Martin is not careful, he could find himself in foul trouble. Villanova gets the cover here and I believe they win this one outright.

Duke has looked like the most complete team in the tournament. They are giving fans flashbacks of all prior Duke teams that were able to win the National Championship. Paolo Banchero has been playing like a future lottery pick. Jeremy Roach has begun to show the ability to force defenses to collapse and respect his driving ability, and Mark Williams has provided some exciting finishes on alley-oops and maintained Duke’s advantage on the glass.

North Carolina did what no other team had been able to do in the tournament prior to their last game. They made St. Peter’s look like a 15 seed, and did so from the tip. The Tarheels imposed their will on the Peacocks throughout the game. As impressive as that performance was, their ability to dominate #1 Baylor and finish them off despite the comeback attempt and they way they closed out UCLA in the Sweet 16 were both even more impressive.

Here are some of the key betting trends for both UNC and Duke as they head into their final four matchup:

I am finally caving and giving in to the Duke/Coach K hype. They have gotten this far, and now have an extremely bitter taste in their mouths after UNC spoiled Coach K’s final home game. And let us not forget what Duke did to this UNC team in the 1st meeting, they won by 20 points.

I expect this one to be an instant classic but Duke will get the job done and cover the spread. UNC will not be able to get to the foul line like they did in the last meeting. Duke will knock down late free throws to get the cover and advance to the National Championship game.