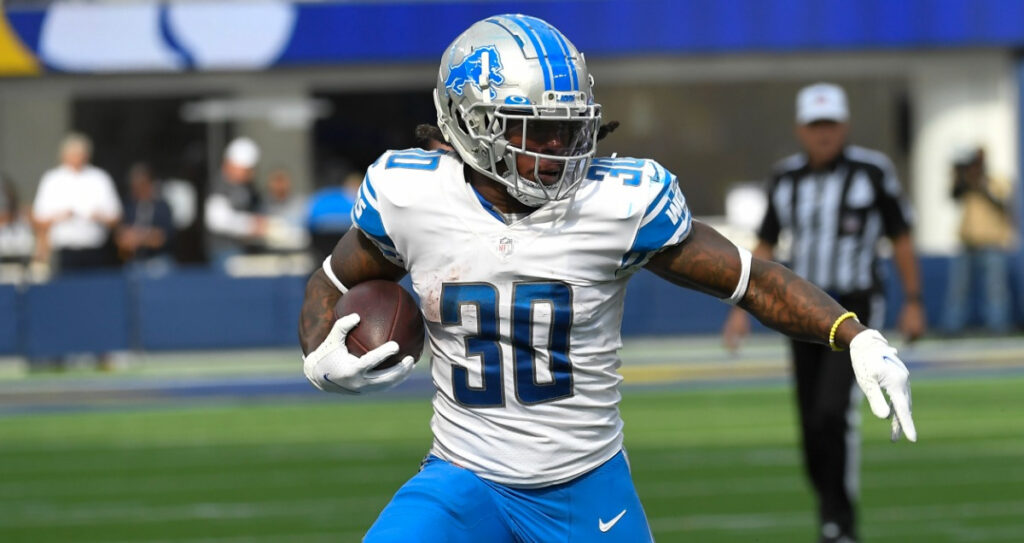 We like Jamaal Williams to score a touchdown against the Packers on Sunday Night Football.

The Detroit Lions and the Green Bay Packers will play a meaningful Week 18 game in which both teams may have the chance to clinch a playoff berth by the time the game kicks off.

These teams will meet for the 187th time in their storied rivalry that has been dominated by the Packers but has been more evenly matched over the last 10 years.

Green Bay clinches the final spot in the NFC playoff bracket with a win, while Detroit must win and have Seattle lose to the LA Rams to clinch their fourth playoff berth since 2000.

The Packers are 4.5-point home favorites in their bid to avoid a three-game losing streak to the Lions and sneak into the playoffs during a season where that did not look possible even a month ago.

Detroit has won seven of nine since a 1-6 start to the season to validate the belief in head coach Dan Campbell that has been building for a couple of years.

What better way to end the regular season than to roll the dice on some player props in this exciting finale? Our best bets in that department are coming up next.

Much of the press around Rodgers this season has focused, rightfully so, on his performance drawback and specific aspects like an increased interception rate, some puzzling missed throws, and the lowest QBR of his career.

That narrative is typical for a 39-year-old quarterback, but he has done one thing well this season. Rodgers is tied for 7th in the league in passing touchdowns and has nine games with multiple TD passes on the season.

He threw just one against Detroit in early November compared to three interceptions but has the opportunity to erase that memory with a big night and a Packers’ victory. We expect Rodgers to capitalize on a home matchup with the 29th-ranked scoring defense in the NFL on Sunday night.

Williams’ emergence as a reliable lead back has been a revelation for the Lions during a year when they needed him most. The NFL’s touchdown leader is six yards away from his first 1,000-yard season and has more than doubled his career rushing touchdown total with one game left to play.

Williams was held scoreless on 24 carries in Detroit’s 15-9 win against Green Bay at home earlier this season. Swift also had his most carries since December 4 last week and is slowly returning to the lead role, which makes us wary of Williams’ yardage total.

We do, however, expect him to find pay dirt one final time this season and like his prop to score at any point in this contest.

Watson’s last matchup with a porous Detroit secondary came a week before his breakout game as a professional when he scored three touchdowns and racked up 107 yards against Dallas.

He has seen no less than five targets in a game since that point compared to just 14 targets in the first six weeks of the year ending with that loss in Detroit. The Lions have allowed the 3rd-most passing yards per game in the NFL this season, including 8.3 yards per pass attempt to opponents when playing on the road.

We project Watson will be a key beneficiary of the holes in this Detroit secondary and vastly improve upon his last performance in this rematch. Look for the young rookie to go over this receiving yardage number.