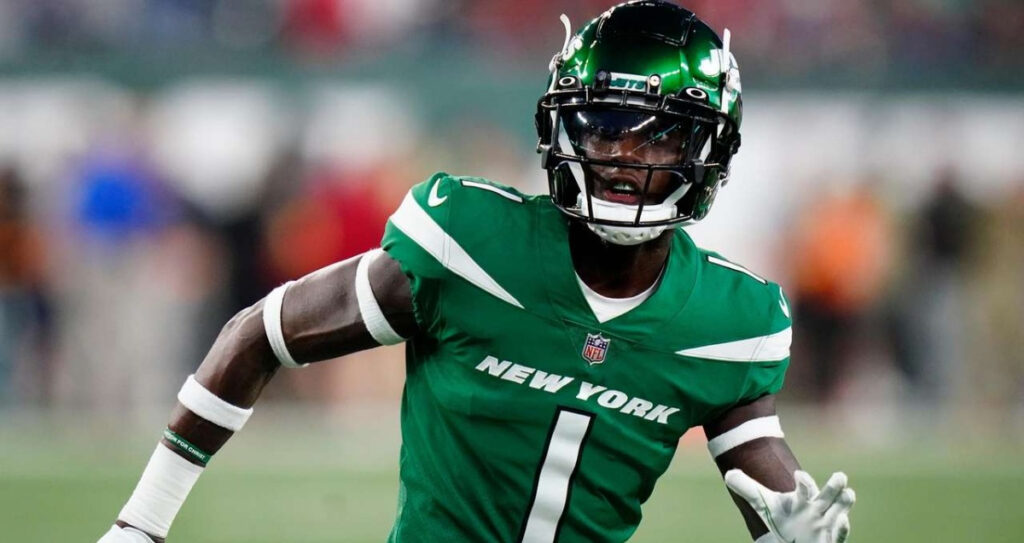 We look for Sauce Gardner and the Jets defense to keep the Jaguars under wraps on Thursday Night Football.

Who would've thought that both the Jaguars and Jets would be in playoff contention this late in the season? Jacksonville is only 1 game back from Tennessee for the AFC South lead. New York has been on a losing streak but is still right in the thick of the AFC Wild Card race.

Which team has the edge in this matchup? The Jets are currently a 1-point favorite, and the total is sitting at 38. You can bet that the home crowd will be rocking at MetLife Stadium.

This game is 3 days before Christmas, so it's the perfect time to make some extra money. Get our 2 best bets for Thursday Night Football here. Let's cash!

The Jaguars are currently on the outside looking in for the playoff race but also sit just 1 game behind the division-leading Titans. After losing to Detroit to go to 4-8 on the season, many believed the Jaguars were finished. However, wins over Tennessee and Dallas have reinvigorated the possibility of these Jags making a playoff push.

In their latest game against Dallas, the Jags trailed 27-10 late in the 3rd quarter. Trevor Lawrence went on to throw 3 straight unanswered touchdown passes to take a 31-27 lead with 10 minutes remaining.

Dak Prescott hit Noah Brown to get the lead back with 3 minutes remaining, but Lawrence led the Jags to a game-tying field goal as time expired. In overtime, Dak Prescott threw an interception at the worst moment, and Rayshawn Jenkins took it to the house for the game-winning touchdown.

The Jets' playoff chances are beginning to get slim. They entered their bye week at 6-2 and had high hopes the rest of the way. Unfortunately, they lost 4 of their next 5 games and now sit at a modest .500.

Losses to the Vikings, Bills, and Detroit have left the Jets on a losing streak that they are desperate to get out of. Zach Wilson has come back to run the show but has been anything but spectacular.

In the loss to Detroit, the Jets held a 17-13 lead with just 4 minutes remaining. They just could not stop Jared Goff from engineering a game-winning drive late as he connected with Brock Wright for a 51-yard score. Wilson did get the Jets into field goal range late, but Greg Zuerlein could not convert the 58-yard attempt.

Both of these teams are desperate to win here, but we believe the Jets' defense is going to be the difference. They are allowing just 18.8 points per game to opponents, which ranks them 4th in the league, and have gotten the QB down 39 times to rank them 7th in sacks on the season.

Sauce Gardner may be a rookie, but he's one of the best corners in the league. He should be able to limit Lawrence's favorite target, Christian Kirk.

Lawrence has a tendency to hold the ball a bit too long, and against these pass rushers of the Jets, that could spell doom. The Jets win this at home and finally break out of their slump.

The Jets' defense will continue to strangle the opposing offense in this one and keep the Jags from getting near their 23.9 points per game average. However, that will still be more than enough to get this over with.

The total continues to drop, and we believe the price we are getting here at just under 38 is enough for the teams to combine for an over on this total.

The last Jets win saw them score 31 points, while the last Jags loss saw their opponents put up 40. 24-14 is the reasonable score we expect here, and that will be just enough to get over the number.