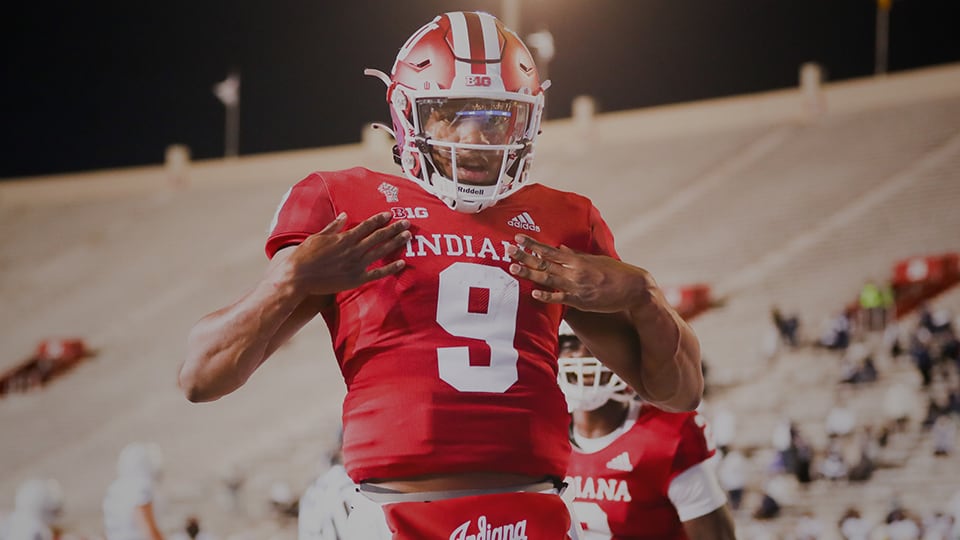 Iowa vs Indiana: How to Bet the Week 1 Matchup

Week 1 of college football kicks off in just a few days. Most teams won’t start playing conference foes for a couple of weeks. However, the Big 10 has a few intriguing matchups in Week 1, none more so than Indiana vs. Iowa.

Both teams enter the 2021 college football season ranked in the top 18, with legitimate Big 10 title hopes. It is rare to see a conference game with so much on the line in week 1 but should be a great kickoff to the Big 10 season.

This matchup is set to kick off on September 4th at 3:30 EST at Kinnick Stadium in Iowa City, Iowa. Let's dive into the nitty-gritty details of each team and also let you in on who we’re betting on in this matchup.

PointsBet recently announced a new promotion for week 1 of the college football season. Place any $10 college football wager and, win or lose, receive $125 in free bets! Here is how to take advantage of this offer:

Oddsmakers are expecting this game to be a close one, as the Hawkeyes are currently favored by two and a half to four points depending on what sportsbook you use. Some early sharp money has shown for the Hoosiers, who opened as five and a half point underdogs.

Before betting on this game, be sure to check out our free College Football Live Odds Tool. Regardless of which team you like, this tool will help you get the best available line. Here’s a live look at the best point spread and total for this game.

What to Expect from the Iowa Offense in Week 1

Redshirt junior QB Spencer Petras returns for the Hawkeyes after putting up some decent numbers in 2020. The 6-5 233 pounder threw for 1,569 yards and nine touchdowns in eight games last season. Iowa head coach Kirk Ferentz has never been one to chuck the ball around the yard a ton, but Petras has proven that he can make some key throws in crucial situations. Iowa’s passing game ranked 98th in the country a year ago by averaging 197.7 yards.

Ferentz loves to give running back Tyler Goodson plenty of carries and that won’t change against the Indiana defense in Week 1. Goodson had a fine season in 2020 by rushing for 762 yards and seven touchdowns. The standout junior should have plenty of holes to run through since Iowa’s offensive line has plenty of size and experience. If Goodson gets going on the ground, the Indiana defense could be in for a long day in Iowa City.

Iowa doesn’t return a ton of production in its receiving corps. Redshirt senior Charlie Jones has world-class speed so we expect Iowa to find ways to get him the football in Week 1. Nico Ragaini and Tyrone Tracy Jr. aren’t very big but both bring good hands and game experience to the table. We don’t expect any eye-popping numbers from this group in Week 1 since Iowa typically has a conservative game plan.

What to Expect from the Indiana Defense in Week 1

It’s been remarkable to see how much the Hoosier defense has improved since Tom Allen took over as head coach. Last year’s unit only allowed 20.2 points per game which ranked 20th in the nation. Indiana was also respectable against the run by only allowing 137.1 yards per game (ranked 32nd). The good news for Hoosier fans is that this defense returns a boatload of experienced seniors.

Indiana’s defensive line got a boost with Ryder Anderson transferring in from Ole Miss. Demarcus Elliott is a mountain of a man at nose tackle and helps to slow down the run game. Coach Allen knows that Ferentz loves to pound the rock so expect him to stack the box with plenty of linebackers and safeties to key in on stopping Goodson.

Micah McFadden is the most talented player on this defense. The senior led the Hoosiers in tackles (59) and sacks (6) a year ago. The 6-2 232 pounder also covers receivers well as evidenced by his two interceptions in 2020. With good linebackers and an experienced secondary, we think the Hoosiers shouldn’t give up too many big plays in the passing game against the Hawkeyes.

What to Expect from the Indiana Offense in Week 1

The Hoosier offense brings back plenty of talented folks this season. QB Michael Penix Jr. seems like he’s been enrolled at Indiana for about eight years now (haha). The redshirt junior threw for 1,645 yards and 14 touchdowns a year ago. Will Penix be able to make enough plays to keep Iowa’s tough defense off balance?

Indiana will definitely miss Stevie Scott at the running back position this year. Scott is now fighting for a roster spot on the Denver Broncos, so the Hoosier’s running game now belongs to Tim Baldwin Jr. The young sophomore shined during his limited playing time in 2020 by averaging 6.4 yards per carry. Can Baldwin have success against Iowa’s massive defensive line?

Wide receiver Ty Fryfogle has lightning quickness and should be an NFL draft pick in 2022. The senior led the Hoosiers in receiving yards (721) and receiving touchdowns (7) a year ago. Expect Penix to try to get the ball to Fryfogle as much as possible against Iowa as he’s the best playmaker on this offense.

What to Expect from the Iowa Defense in Week 1

Iowa was one of the best defenses in the country last season, especially against the run (107.6 yards per game, ranked 10th). However, Ferentz does lose his two best pass rushers (Chauncey Gholston and Daviyon Nixon) from a year ago so that’s a concern.

Zach VanValkenburg, a transfer from Hillsdale College, should start right away at the defensive end spot. Seth Benson will lead the Iowa linebacking corps and he was second on the team in tackles in 2020. Ferentz may decide to drop a few linebackers into coverage as Indiana typically doesn’t run the football well.

The Hawkeyes secondary returns plenty of production in 2021. Free safety Jack Koerner led the team in picks last year so Penix will have to keep an eye on him. Talented corner Riley Moss will probably be tasked with trying to slow down Fryfogle.

In what should be an old-school low-scoring Big 10 slugfest, we’ll take the Hoosiers on the moneyline to win outright! Iowa is usually tough to beat on their home turf and Indiana has not won a game in Iowa City since 2007, but there’s just something special about this Indiana team.