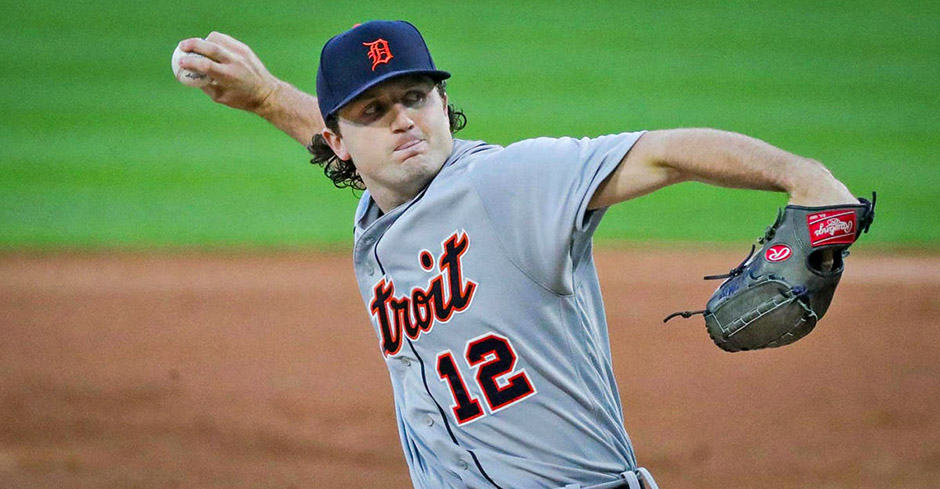 The Tigers are one of the few non-playoff teams that are still playing for something in the second half of the season. A.J. Hinch’s boys are gunning to finish above .500., which would be a huge accomplishment for a team that won a total of 23 games last season.

Detroit currently sits with a 49-55 record, but all the underlying metrics suggest that this offense is for real. We won’t see the Tigers outslug the 60-42 White Sox for the division’s crown, but Thursday’s game against Baltimore should be a very winnable one.

Before jumping into our picks, use our live odds checker below to find the best line available on each side of Thursday’s featured MLB game.

Detroit starter Casey Mize is looking much improved in his second major league stint. The sophomore currently has a 3.63 ERA, which is a giant improvement over the 6.99 ERA posted in 2020 in 28 innings of work.

The only issue is that he is already up to 104 innings pitched this year, and the most the 24-year-old has ever pitched before in a season was 78 innings back in the minors in 2019.

The Tigers started limited Mize’s innings in early July and he was locked to sub-60 pitched in three of his four starts since then. In his latest start, he was allowed to go 79 pitches against Kansas City, striking out 6 in 4.2 innings, while giving up 4 earned on 6 hits. We would hope to see him pitch in the neighborhood of 80 pitches again against Baltimore.

Mize holds a 1.13 WHIP through the season with a 50.30% ground ball rate. He has been solid at home with a .303 wOBA allowed and the youngster also knows how to limit hard contact, especially against right-handed bats. Mize allows just a 19% line drive rate and a 26% hard-hit rate against righties.
Baltimore is not a scary offense at all in the split.

The Orioles hold an 85 wRC+ against right-handed pitchers with just a .293 team wOBA. They also strike out about 25% of the time against right-handed pitching. We've seen some recent improvement from the Orioles offense, with them ranking 18th in wRC+ and 18th in wOBA in the last thirty days, but Baltimore is still below league average and Mize should be able to keep this offense at bay.

Wells is a big question mark

Baltimore's Alexander Wells will only make his second MLB start ever. The 24-year-old rookie struck out 7 in his first start but also gave up 3 earned runs in five innings. His fastball sits at 88 MPH and is accompanied by a decent slider, but not much else. In 10 total MLB innings so far, Wells has a 42.40% hard-hit rate, 12.80% walk rate, and only an 8% swinging-strike rate. His offerings don't seem ready for the majors at this point.

Wells will face a Detroit team that ranks 8th in wRC+ at 113, 8th in wOBA at .337 through the last 30 days. The Tigers have been improving steadily and they are not an easy out for any pitcher with not much MLB experience.

We are taking Detroit on the money line in this one. The Tigers are 6-4 in their last 10 games, won two straight and their run differential is better than Baltimore's by almost 80 runs through the year. If Mize can deliver at least 60 pitches; Detroit should have no problem getting the W on Thursday.